Russia Mocked for Cutting US Off From Its Outdated Rocket Engines

"Let them fly on something else, their broomsticks, I don't know what." 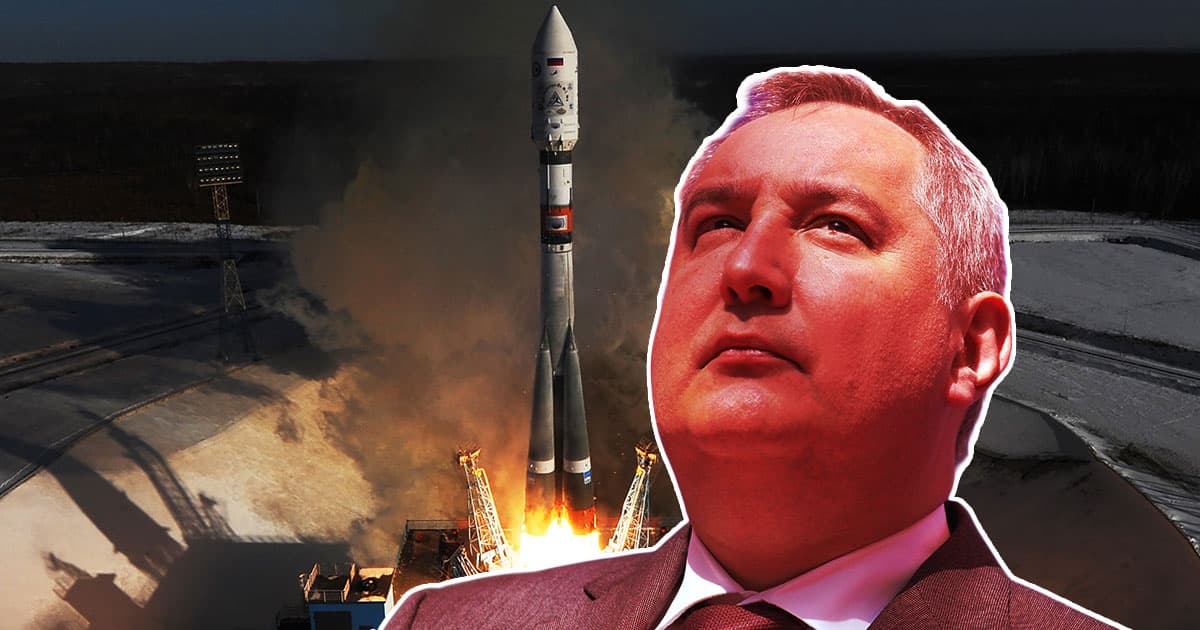 It's official. Dmitry Rogozin, the head of Russia's space agency Roscosmos, has had enough of sanctions — and he says he's cutting the US off from Russian-made rocket engines.

"In a situation like this we can't supply the United States with our world's best rocket engines," Rogozin said during a Russian TV broadcast, as quoted by Reuters. "Let them fly on something else, their broomsticks, I don't know what."

Rogozin also said that Roscosmos will no longer service rocket engines still in US possession.

Rogozin was roundly mocked for what was perceived to be an empty threat, considering that the US has an increasingly viable way to source its own rocket engines: SpaceX.

Just this morning, SpaceX deployed another 47 of its Starlink internet-beaming satellites.

"The brooms are working," SpaceNews senior writer Jeff Foust wrote in a sarcastic tweet in response to the news.

NASA has other contractors, like Northrop Grumman, to rely on for rocket parts as well. Besides, the agency has steadily distanced itself from relying on Russian-made rockets for years now.

Responding to Rogozin's latest comments, Ars Technica senior space reporter Eric Berger pointed out in a tweet where the space agency chief went wrong, called the statements "full of bluster," and said Rogozin had misread "the state of the global launch industry, which is moving ahead while Russia continues to live in the past."

It's far from the first time Rogozin has lashed out at the international community. He's been on a particular run of controversial comments over the last few days, as Russia's forces invaded a sovereign nation in the background — actions that have already led to a significant number of casualties and political retribution.

US president Joe Biden, for instance, aimed a new round of sanctions at Roscosmos in particular, to Rogozin's great dismay.

So far, the space agency head has actively chosen to burn any remaining goodwill to the ground by making ridiculous threats.

"If you block cooperation with us, who will save the ISS from uncontrolled deorbiting and falling into the United States," Rogozin wrote in a truly unhinged Twitter rant last week.

Rogozin is clearly extremely bitter about the whole thing. This week, he shared a video on Twitter showing employees at the Baikonur Cosmodrome in Kazakhstan removing the flags of the US, Japan, and the UK from the nosecone of a Russian-made Soyuz rocket.

In many ways, Rogozin's latest comments are all political theater, especially given NASA's existing partnerships with the likes of Northrop Grumman and SpaceX.

On his recent TV interview, Rogozin claimed that Russia has shipped 122 RD-180 rocket engines to the US over the last 30 years or so. Many have powered Atlas missions since then, a family of United Launch Alliance-manufactured rockets that have been used to launch anything from the first US crewed missions into space to robotic missions to Mars.

But the US has steadily been weaning itself off from using those engines for years now.

In 2014, Congress passed legislation to stop the purchasing of RD-180 engines meant to boost the biggest variant of the Atlas rocket, the Atlas V. Strikingly, the move was in response to Russia's incursions into Ukraine at the time.

Despite the legislation, the ULA continued to use RD-180s. But then last year, ULA CEO Tory Bruno told The Verge that "we're done," referring to the company halting any future purchases of Russian-made rocket engines. "They're all sold."

"We took early delivery, if you will, with the RD-180, so I can end that relationship and not be dependent upon [Russia] because that’s what Congress asked us to do," Bruno said at the time.

The ULA's backup plan, however, is turning out to be a bit of a disaster. The company signed a contract with the Jeff Bezos-led space company Blue Origin to manufacture a different rocket engine called BE-4. Blue Origin so far has encountered significant production hurdles and has yet to deliver any launch-ready engines to the ULA.

Apart from Blue Origin, SpaceX has made significant strides in helping the US end its reliance on Russia. The Elon Musk-led company has established itself as a key player with its Merlin engine-powered Falcon 9 workhorse, which has delivered countless tons of cargo and almost half a dozen astronaut crews into orbit.

Despite Rogozin's empty threats, Russia's invasion of Ukraine marks a significant breakdown in US-Russian relations. Only time will tell whether that rift will ever heal, and whether the nations can pick up where they left off when it comes to space exploration.

But as recent history has shown, the US has established its own ways of reaching space — and will likely blaze ahead leaving Russia in the dust.

Read This Next
Makeover Scene
Space Tourist Says He's Thinking About Flying SpaceX Craft Up to Fix Hubble
Grain of Salt
There's a Huge Problem With Elon Musk's Promise to Bring Starlink to Iran
Sluggo Mode
SpaceX Has a Major Problem With Its Starlink Internet Connections
Sabers Rattled
Russia Issues Veiled Threat to Shoot Down Pesky SpaceX Satellites
Dumpster Fire
SpaceX Tested Starship's Engines and Accidentally Caused a Large Fire
More on Off World
Martian Oases
4:42 PM on futurism
Scientist Proposes Growing a Forest Inside a Bubble on Mars
Appetite for Dest...
Thursday on the byte
Black Hole In "Hyper-Feeding Frenzy" Chews Through Stars and Shoots Its Leftovers Towards Earth
Lunar RGB
Wednesday on the byte
NASA Shows Off Artemis "Party Mode," Powered by Amazon (TM) Alexa (TM)
READ MORE STORIES ABOUT / Off World
Keep up.
Subscribe to our daily newsletter to keep in touch with the subjects shaping our future.
+Social+Newsletter
TopicsAbout UsContact Us
Copyright ©, Camden Media Inc All Rights Reserved. See our User Agreement, Privacy Policy and Data Use Policy. The material on this site may not be reproduced, distributed, transmitted, cached or otherwise used, except with prior written permission of Futurism. Articles may contain affiliate links which enable us to share in the revenue of any purchases made.
Fonts by Typekit and Monotype.