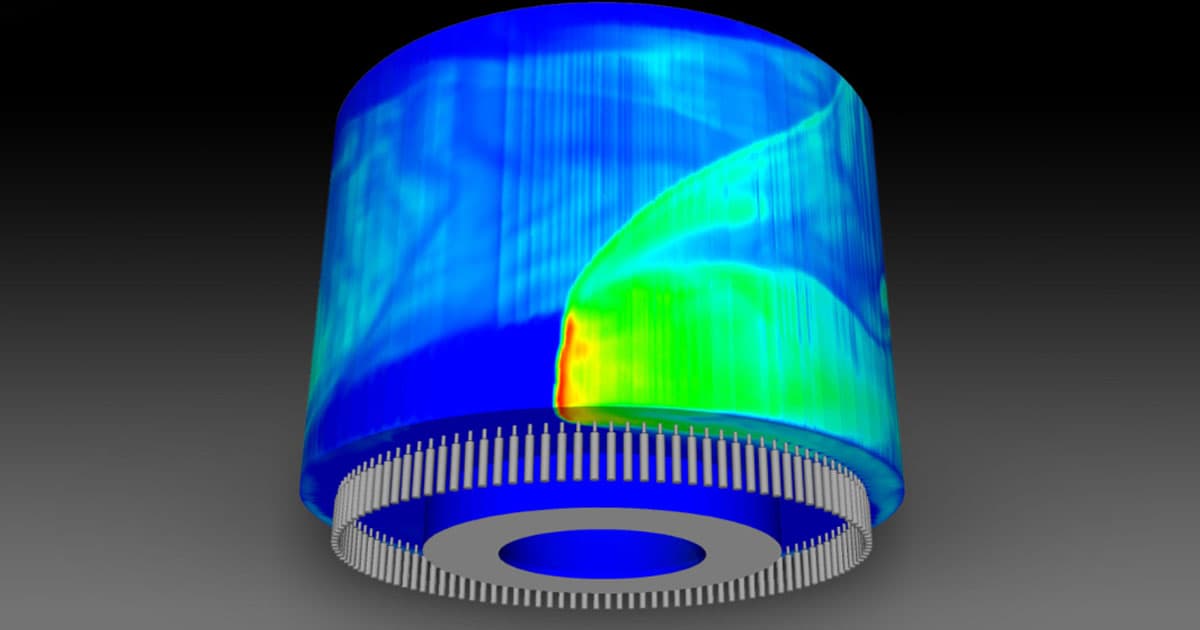 It's the first time the bizarre engine has been tested.

It's the first time the bizarre engine has been tested.

For the first time, scientists have tested an experimental rocket engine that they say could change the way we launch spacecraft.

The engine, called a rotating detonation rocket engine, propels itself through a continuous series of powerful explosions, according to a University of Central Florida press release. Based on what the researchers found, they say it could make rockets both lighter and more environmentally-friendly.

The trick is to constantly and precisely inject hydrogen and oxygen gas into the engine so that there's always more fuel to burn when the swirling explosion comes back around, according to new research published in the journal Combustion and Flame — a tough job, because the explosion travels at five times the speed of sound.

"We have to tune the sizes of the jets releasing the propellants to enhance the mixing for a local hydrogen-oxygen mixture," UCF engineer Kareem Ahmed said in the release. "So, when the rotating explosion comes by for this fresh mixture, it's still sustained. Because if you have your composition mixture slightly off, it will tend to deflagrate, or burn slowly instead of detonating."

Rotating detonation rocket engines were first theorized back in the 1960s, but a team of University of Washington engineers figured out how, in purely theoretical terms, they could make one work back in February.

But no one has been able to test one until now — the logistical nightmare of constantly feeding the explosion with the exact right balance of fuel had long been insurmountable.

More on rocket engines: New Rocket Design Is Powered by a Ring of Literal Explosions