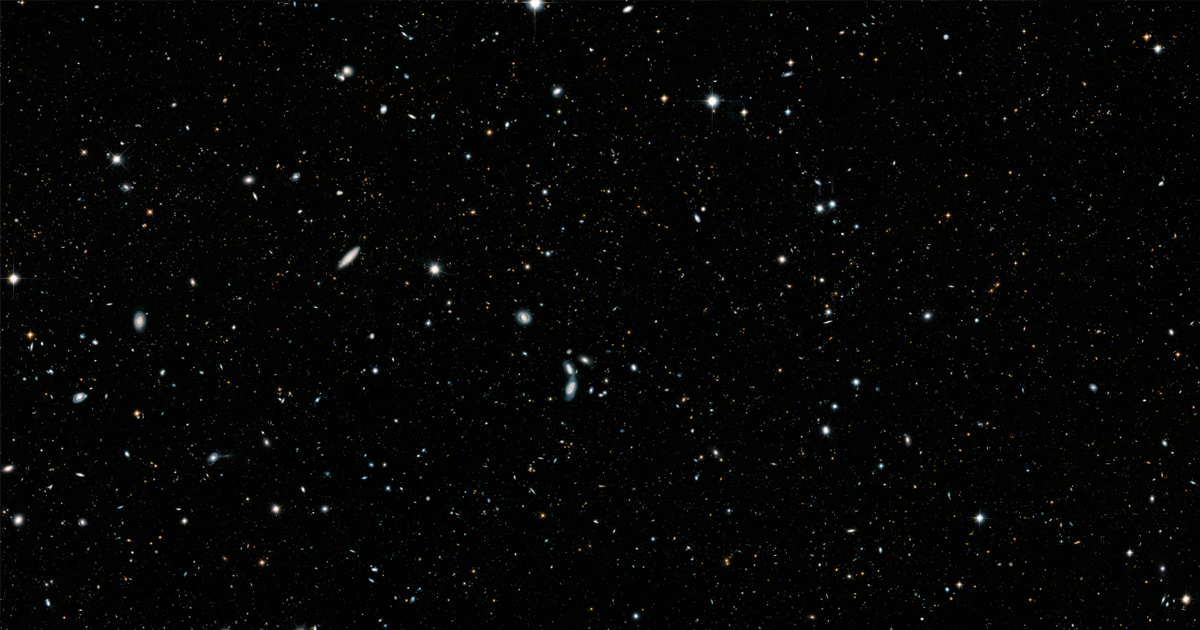 Eye In The Sky

A resplendent new composite image shows off 265,000 galaxies — which were slowly but surely captured over 16 years of observations by the Hubble Space Telescope.

The image, called the Hubble Legacy Field, is made up of 7,500 separate images of distant galaxies. Some are so far away that our images of them represent how they looked as far back as just 500 million years after the Big Bang, according to a press release.

If you don’t want to download a massive image file, Business Insider's Dave Mosher uploaded a version that people can scroll around and explore.

You can zoom in and watch tiny specks of lights reveal themselves to be entire galaxies — some of which Hubble scientists say are 10 billion times too faint to see with the naked eye.

"Now that we have gone wider than in previous surveys, we are harvesting many more distant galaxies in the largest such dataset ever produced," Garth Illingworth, the University of California, Santa Cruz scientist who led the project to assemble the image. "No image will surpass this one until future space telescopes like James Webb are launched."

READ MORE: 'No image will surpass this': Hubble telescope astronomers created a stunning picture of the deep universe with 16 years' worth of photos [Business Insider]

More on space telescopes: Hubble data: The Universe Is Expanding Faster and Faster

Monkey Business
China Plans to Send Monkeys to Space Station to Have Sex With Each Other
Nov 3
Read More
Overview Effect
William Shatner Says His Space Trip Left Him With a Feeling of Terrible Grief
Oct 11
Read More
Nightmare Fuel
This Horror Story About the Webb Telescope Will Chill Your Bones
Jul 11
Read More
+Social+Newsletter
TopicsAbout UsContact Us
Copyright ©, Camden Media Inc All Rights Reserved. See our User Agreement, Privacy Policy and Data Use Policy. The material on this site may not be reproduced, distributed, transmitted, cached or otherwise used, except with prior written permission of Futurism. Articles may contain affiliate links which enable us to share in the revenue of any purchases made.
Fonts by Typekit and Monotype.