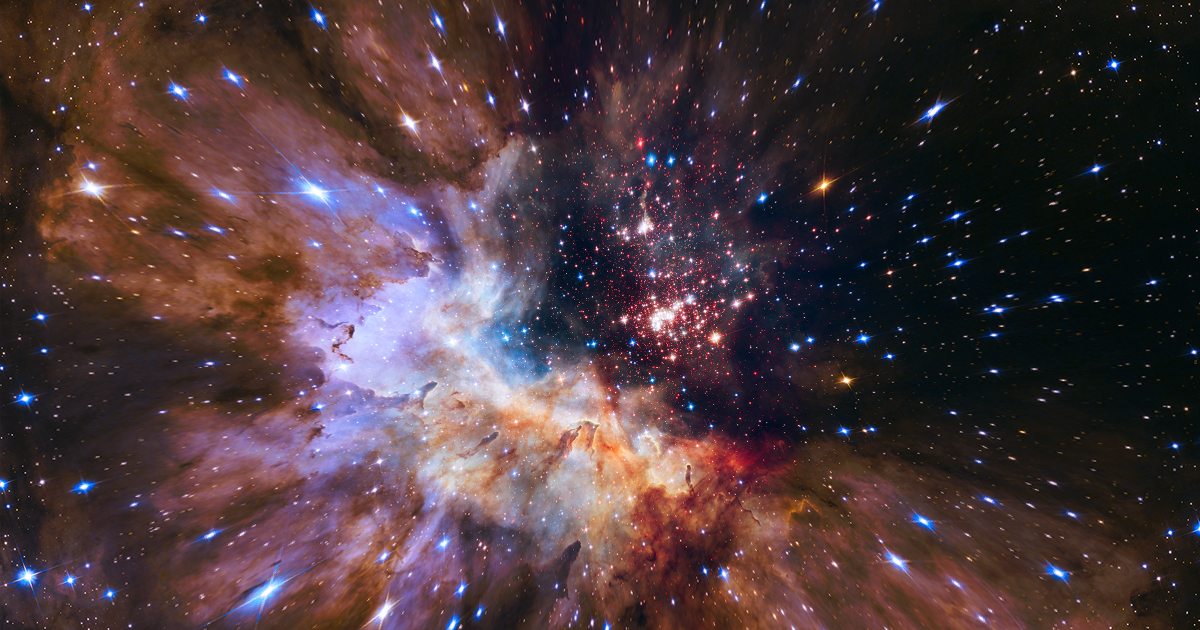 Hubble Data: The Universe Is Expanding Faster and Faster

But we don't know why it's speeding up.

But we don't know why it's speeding up.

We have bad news for any cosmologists out there: you have a lot of work ahead of you. There's long been a discrepancy between the calculated, theoretical rate at which the universe ought to be expanding, based on our knowledge of the big bang, and the rate at which scientific data says it's actually expanding.

Measurements of the light emitted by distant stars suggest that the universe is expanding nine percent more rapidly than it was at the beginning of time. Some thought that it was an experimental error, but new data from the Hubble Space Telescope all but confirms that the faster rate is correct.

It's a moment of reckoning for astronomers that now raises the inevitable question: "why?"

The new research, which CNN reports has been accepted for publication in The Astrophysical Journal, brings the odds that the faster rate of expansion was an error in measurement down to one in 100,000. In short, it's very likely the universe has started to expand at a faster rate over the last 14 billion years of its existence.

Scientists have suggested a couple possible explanations. One involves fields of dark energy that appeared and vanished when the universe was just 100,000 years old. But so far, none of those ideas have been verified.

"This mismatch has been growing and has now reached a point that is really impossible to dismiss as a fluke," Johns Hopkins University astronomer Adam Riess told CNN. "This disparity could not plausibly occur just by chance."

READ MORE: The universe is expanding faster than we thought [CNN]

More on the expanding universe: Bizarre New Theory: Something Tampered With the Early Universe

Nightmare Fuel
This Horror Story About the Webb Telescope Will Chill Your Bones
Jul 11
Read More
Astronaut Drip
We Just Got the First Peek at NASA's Artemis Moon Landing Suits
Jun 3
Read More
Blast Off
Former Astronaut Details Quest to Grow Cannabinoids in Space
Apr 20
Read More
+Social+Newsletter
TopicsAbout UsContact Us
Copyright ©, Camden Media Inc All Rights Reserved. See our User Agreement, Privacy Policy and Data Use Policy. The material on this site may not be reproduced, distributed, transmitted, cached or otherwise used, except with prior written permission of Futurism. Articles may contain affiliate links which enable us to share in the revenue of any purchases made.
Fonts by Typekit and Monotype.