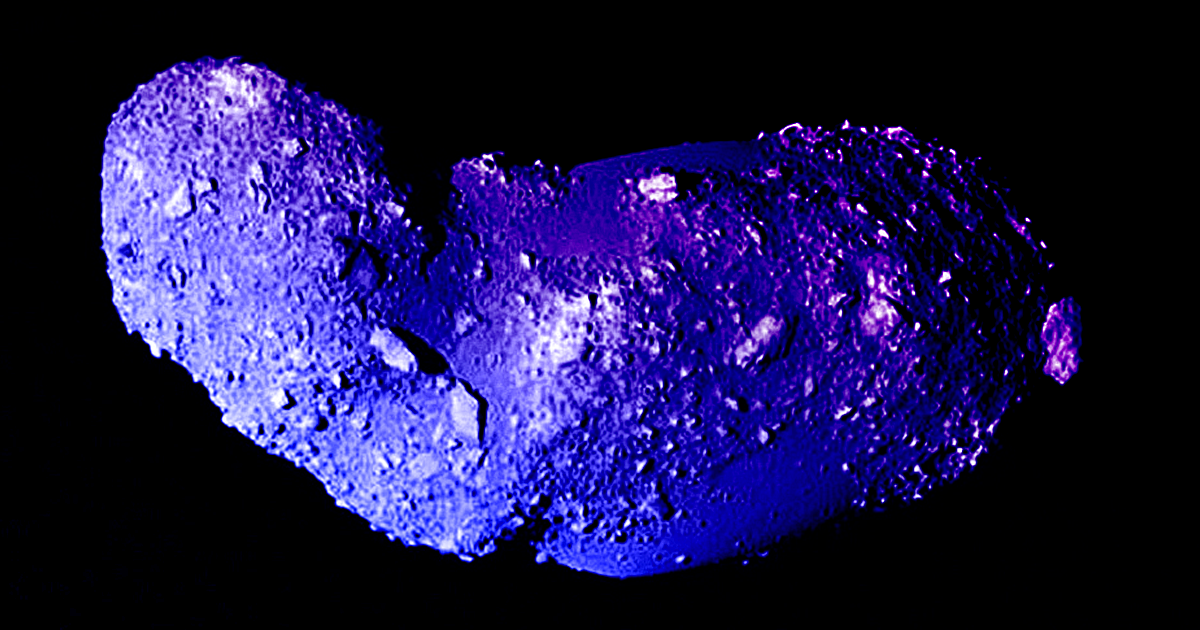 A Japanese Probe Just Found Water on an Asteroid

For the first time, scientists have measured the water content of samples from a distant asteroid.

That's thanks to a successful mission by Japan's Hayabusa space probe, which gathered 1,500 particles from an asteroid named Itokawa and brought them back to Earth. While Itokawa seems dusty and barren, the samples contained a water-rich mineral called pyroxene, according to CNN — and the scientists behind the research say the discovery supports the hypothesis that asteroid collisions delivered at least some of Earth's water.

The Arizona State University astronomers behind the new research argue that water-enriched asteroids like Itokawa could be responsible for a large portion — as much as 50 percent — of Earth's water in the new study, which was published in the journal Science Advances Wednesday.

"That makes these asteroids high-priority targets for exploration," researcher Maitrayee Bose told CNN, going to on argue that scientists should continue gathering samples from space rocks in a bid to better understand where they came from and how they formed.

"Sample-return missions are mandatory if we really want to do an in-depth study of planetary objects," Bose told CNN. "The Hayabusa mission to Itokawa has expanded our knowledge of the volatile contents of the bodies that helped form Earth. It would not be surprising if a similar mechanism of water production is common for rocky exoplanets around other stars."

READ MORE: Water found in samples from the surface of an asteroid [CNN]

More on asteroids: China is Planning a Mission to Deep Space

Shoo
Scientists Warn Giant Asteroid Is Actually Swarm, Nearly Impossible to Destroy
Jan 24
Read More
Monkey Business
China Plans to Send Monkeys to Space Station to Have Sex With Each Other
11. 3. 22
Read More
Overview Effect
William Shatner Says His Space Trip Left Him With a Feeling of Terrible Grief
10. 11. 22
Read More
+Social+Newsletter
TopicsAbout UsContact Us
Copyright ©, Camden Media Inc All Rights Reserved. See our User Agreement, Privacy Policy and Data Use Policy. The material on this site may not be reproduced, distributed, transmitted, cached or otherwise used, except with prior written permission of Futurism. Articles may contain affiliate links which enable us to share in the revenue of any purchases made.
Fonts by Typekit and Monotype.