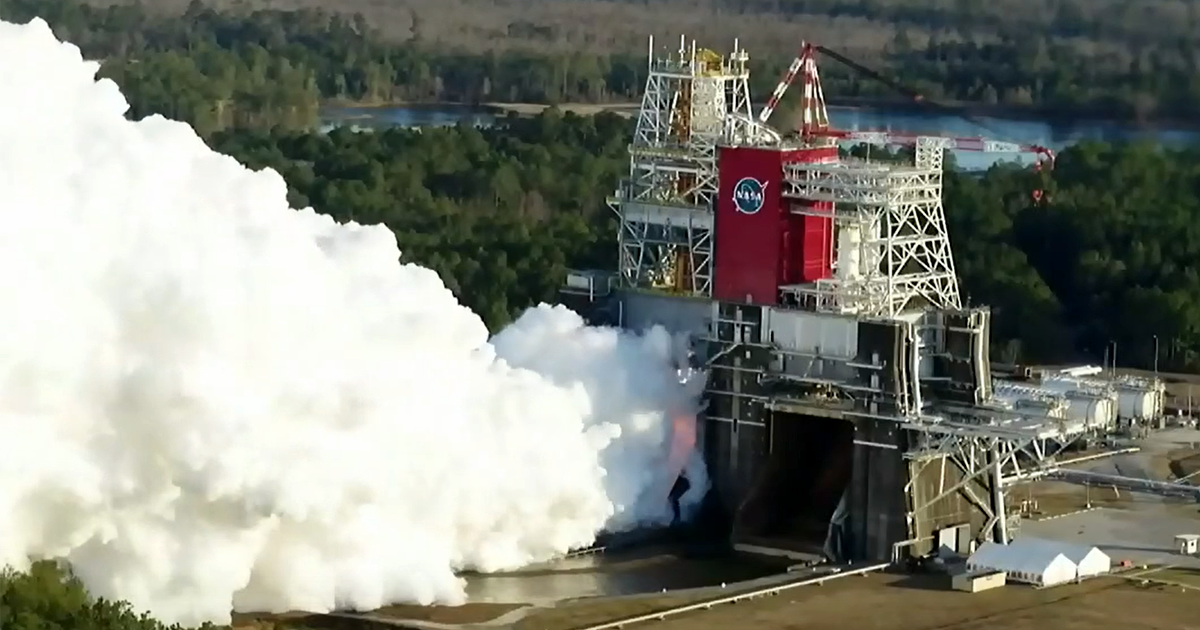 NASA had to prematurely shut down a critical “hot fire” test of the engines deigned to carry the Orion spacecraft to the Moon this weekend.

On Saturday, the space agency put four RS-25 engines, meant to power the agency’s 365-foot Space Launch System (SLS) through their paces. But an error forced the core-stage controller to cut the planned eight minute fire test short after just one minute.

It’s yet another missed goal, coming after billions of dollars in budget overruns and years of delays for the troubled launch system — which, if SpaceX pulls off its Starship, could be almost obsolete by the time it’s functional.

Watch all four @NASA_SLS core stage engines roar to life and shake the ground in Mississippi.

Teams are assessing the data on early engine shutdown. pic.twitter.com/U5bNqqbdZd

“It was like an earthquake,” NASA Administrator Jim Bridenstine told reporters in a press conference, as quoted by Business Insider. “It was a magnificent moment. And it just brought joy that after all this time, now we’ve got a rocket. The only rocket on the face of the planet capable of taking humans to the moon was firing all four RS-25 engines at the same time.”

The test comes during the final leg of Bridenstine’s tenure at NASA. He’s planning to step down for a new appointment during the Biden administration.

Luckily, NASA was able to collect plenty of valuable data.

“The amount of progress that we’ve made here today is remarkable,” Bridenstine said. “And no, this is not a failure. This is a test.”

If all goes according to plan, the gargantuan core stage will launch NASA’s first Artemis mission, an uncrewed mission around the Moon, as early as November.

According to NASA, the SLS core stage will be the world’s largest and most powerful rocket stage. But we still don’t know for sure when it will actually get to the Moon, as timelines have shifted dramatically over the last decade.

READ MORE: A critical test of NASA’s moon rocket ended abruptly due to an engine problem, possibly ending hopes of launching in 2021 [NASA]

More on SLS: NASA Is Gassing Up Its Big, Pricy Moon Rocket