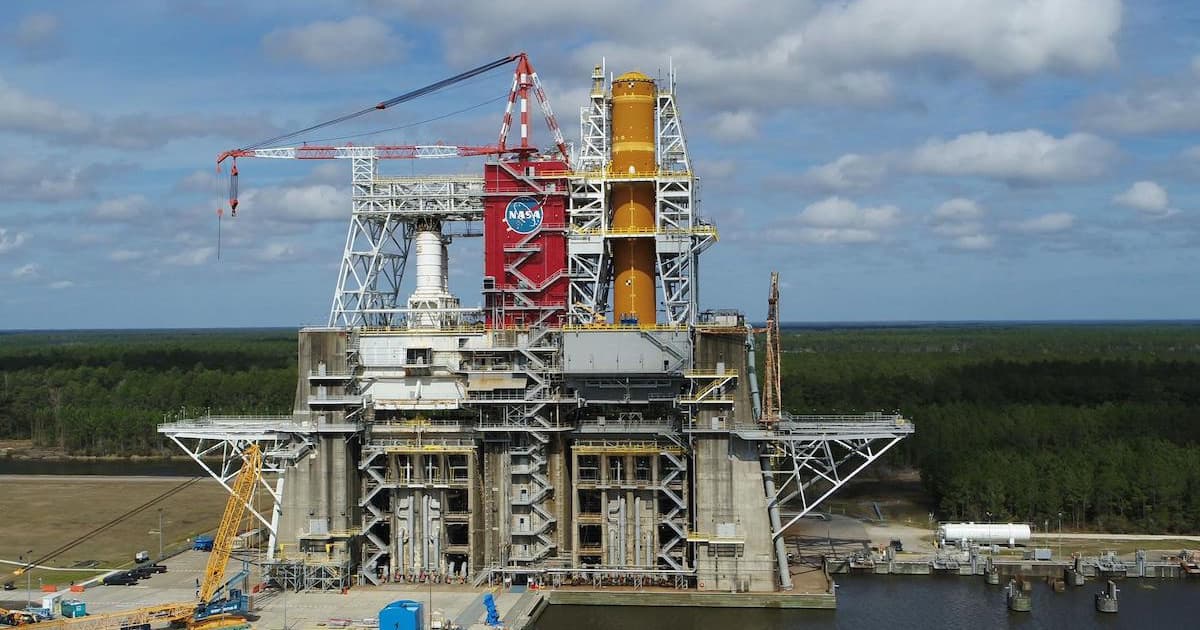 NASA Is Gassing Up Its Big, Pricy Moon Rocket

The "wet dress" rehearsal went by without a hitch.

The "wet dress" rehearsal went by without a hitch.

NASA has powered up the core stage of its Space Launch System (SLS), a heavy lift rocket that's meant to one day enable American astronauts to return to the surface of the Moon.

Teams "successfully loaded a small amount of liquid hydrogen into the core stage without any issues" according to an official statement. "Then, they paused propellant loading to review data and adjust procedures before loading additional propellant."

NASA noted that "core stage performed well, and there are no issues with the stage."

The core stage is meant to launch Artemis 1, the first of NASA's missions to the Moon, which is scheduled to circle the Moon without a crew on board in late 2021.

The news comes the day after SpaceX had to scrub the first high-altitude test of its competing Starship spacecraft, which is also designed to carry astronauts to the Moon.

"NASA’s continued struggle with managing SLS Program costs and schedule has the potential to impact the Agency’s ambitious goals for the Artemis program," the agency’s Office of the Inspector General noted in a March report.

"Each of the major element contracts for developing and building the SLS for Artemis I [...] have experienced numerous technical challenges, performance issues, and requirement changes that have resulted in $2 billion of cost overruns and increases and at least 2 years of schedule delays," read the report.

More on SLS: NASA Is Officially Assembling the SLS in Florida