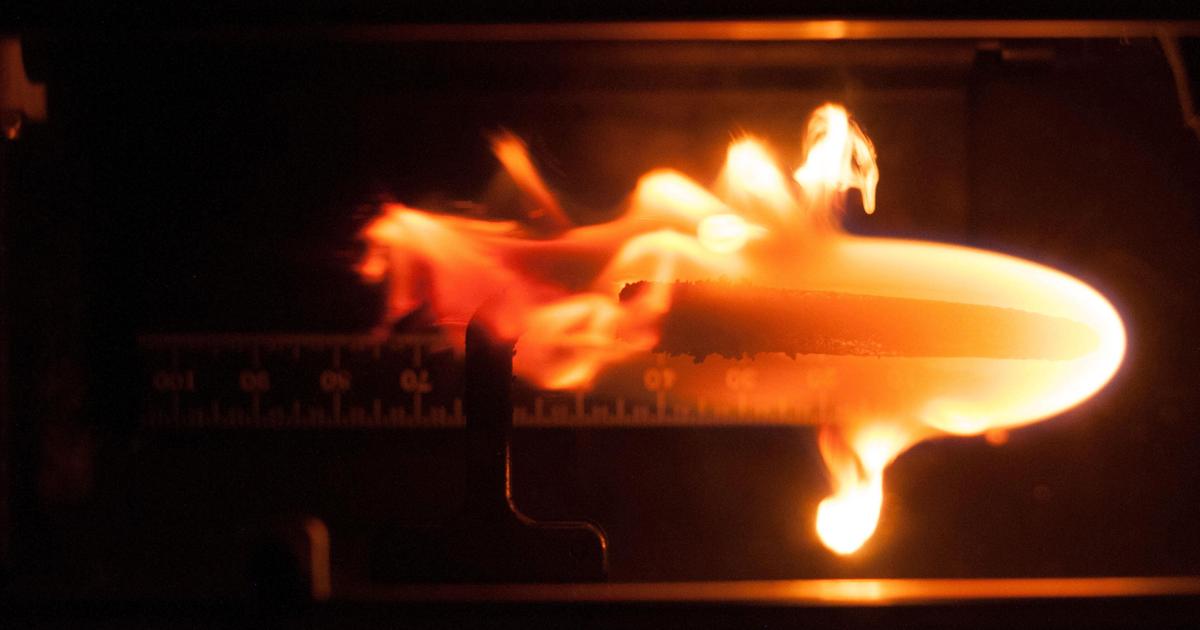 This Space Extinguisher Can Vacuum Up Flames

Fighting open fire in the microgravity of space is terrifyingly different than back on Earth — but researchers at the Toyohashi University of Technology in Japan say they've found a clever solution: a space fire extinguisher that sucks up the blaze like a vacuum cleaner.

"Our proposed extinguisher can allow us the immediate fire-fighting without oxygen mask and could avoid the post-treatment of cleaning cabin air," concludes the researchers' paper, which was published online in the journal Fire Technology last month.

The idea arose after the researchers realized that CO2 extinguishers would fill enclosed spaces with harmful fumes and gases — not to mention that the floating foam could fill the close confines of a spaceship.

The researchers are hoping their invention could be used in other enclosed areas, such as submarines, but the space extinguisher has yet to be accepted to be tested in actual space. In due time, though, that could happen.

"Emerging technological concepts frequently require constant proposal presentations to be recognized," said Professor Yuji Nakamura, research team lead, at Toyohashi University of Technology in a statement. "We will continue to refine and present the concept."

READ MORE: Fire in the Sky: New Space Extinguisher Sucks in Flames Instead of Smothering Them [Space.com]

More on living in space: SpaceX Is Sending Living Bits of Human Organs to Space

Water Elemental
NASA Astronaut Says He Almost Drowned During Spacewalk
11. 7. 21
Read More
Walk This Way
Company Has Ambitious Plan to Build Private Space Station with Artificial Gravity
2. 26. 21
Read More
Space Race Movie Edition
Russia Wants to Be the First to Shoot a Movie In Space
9. 22. 20
Read More
+Social+Newsletter
TopicsAbout UsContact Us
Copyright ©, Camden Media Inc All Rights Reserved. See our User Agreement, Privacy Policy and Data Use Policy. The material on this site may not be reproduced, distributed, transmitted, cached or otherwise used, except with prior written permission of Futurism. Articles may contain affiliate links which enable us to share in the revenue of any purchases made.
Fonts by Typekit and Monotype.