The first life in the universe may have arisen on truly alien worlds. 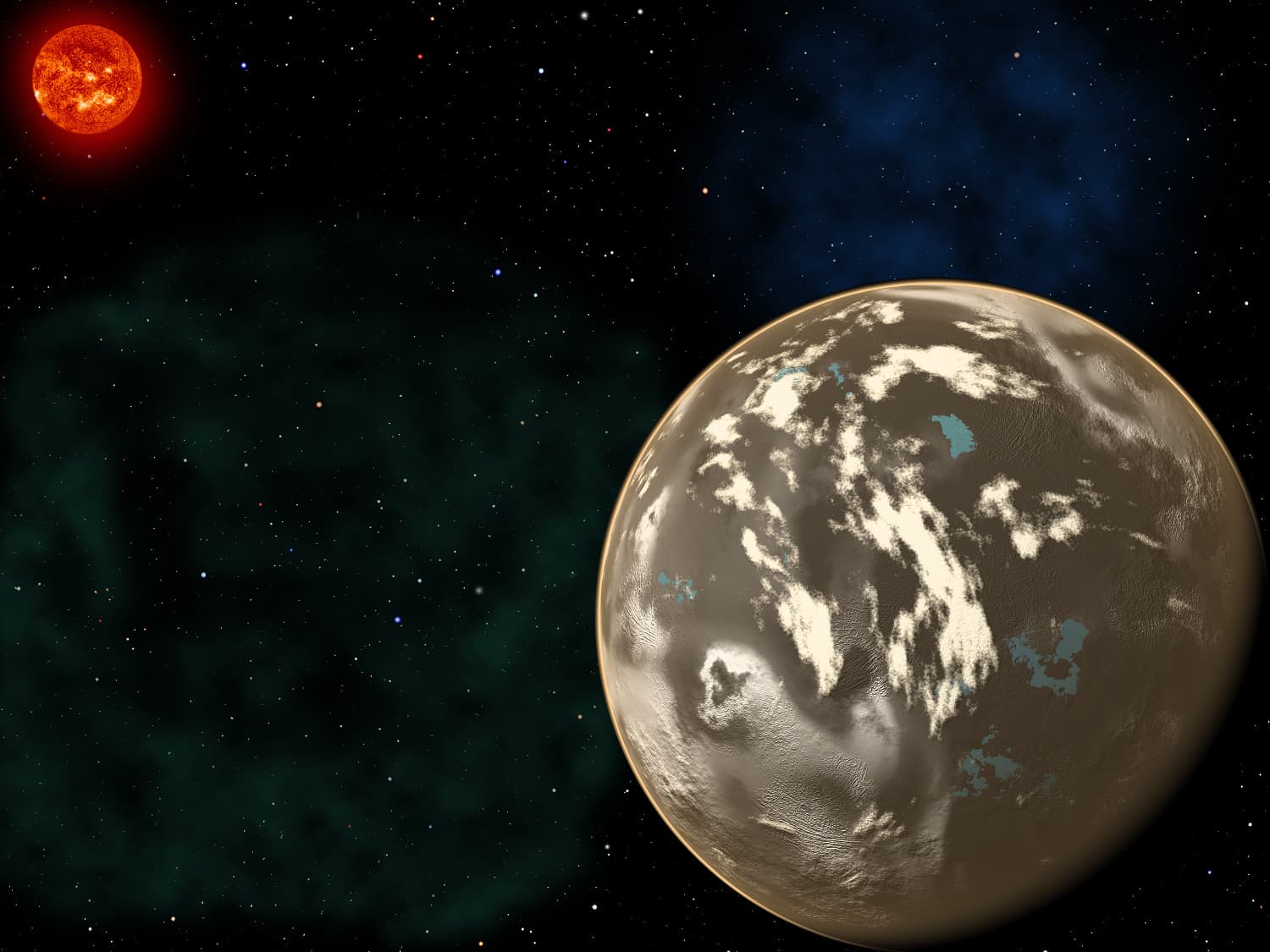 Image by Harvard-Smithsonian Center for Astrophysics

The first potentially habitable planets in the universe may have had a very different composition from our Earth. A new study explores the possibility that a class of carbon-rich, “anemic stars” host tar-black, carbon planets, which form as carbon dust clumps together into masses. Researchers believe this will help us figure out how the early universe started— before supernovae seeded the universe with heavy elements.

The research proposes that these planets were filled with diamond, carbon, and graphite, and can be distinguished by identifying a certain class of stars suspected of hosting them.

These host stars are a rare class of old stars that have very little iron—around 100,000 times less than that of our Sun—known as carbon-enhanced metal-poor (CEMP) stars. These objects have more carbon content than other stars of their age, and the carbon dust around them can develop into carbon-rich planets within the CEMP star’s protoplanetary disk.

"These stars are fossils from the young universe," explains Avi Loeb, PhD thesis advisor of Natalie Mashian, the research student at the Harvard-Smithsonian Center for Astrophysics who led the study. "By studying them, we can look at how planets, and possibly life in the universe, got started."

"We have good reason to believe that alien life will be carbon-based, like life on Earth, so this also bodes well for the possibility of life in the early universe," Mashian adds.

The Search Is On

It would be difficult, however, to tell these unusual planets apart visually. But there's one surefire method: Testing their atmospheres for methane and carbon monoxide, compounds that such planets should have in abundance.

While there is no definitive proof yet that these planets exist, the transit technique could be used to detect potential CEMP stars, which would hopefully lead astronomers to the discovery of these unusual planets.

After all, weirder things have been found lurking out in the universe of late. "We'll never know if they exist unless we look," says Mashian.

Read This Next
Lonely Planet
Scientists Find Nearby Planet the Same Size of Earth, Plan to Search It for Life
Outing Life
Swiss Government Scientist Says We May Be on the Brink of Discovering Alien Life
Ancient Remains
Why NASA Scientists Are So Excited by New Hints of Organic Compounds on Mars
It's Baby
NASA's TESS Mission Has Spotted Its Smallest Exoplanet Ever
Water Worlds
Exoplanet "Water Worlds" Could Hold Unfathomably Deep Alien Oceans
More on Off World
Heavy Metal
Yesterday on the byte
NASA Mars Rover Finds Metallic Object That Smashed Down on Surface
Small But Mighty
Yesterday on the byte
Baby Asteroid Photobombs James Webb On Accident
Little Guy
Yesterday on the byte
Scientists Prototype "Creeping" Lizard-Like Robot for Exploring Mars
READ MORE STORIES ABOUT / Off World
Keep up.
Subscribe to our daily newsletter to keep in touch with the subjects shaping our future.
+Social+Newsletter
TopicsAbout UsContact Us
Copyright ©, Camden Media Inc All Rights Reserved. See our User Agreement, Privacy Policy and Data Use Policy. The material on this site may not be reproduced, distributed, transmitted, cached or otherwise used, except with prior written permission of Futurism. Articles may contain affiliate links which enable us to share in the revenue of any purchases made.
Fonts by Typekit and Monotype.