US Government Confirms That Interstellar Object Crashed Into the Earth

"It was hiding in plain sight." 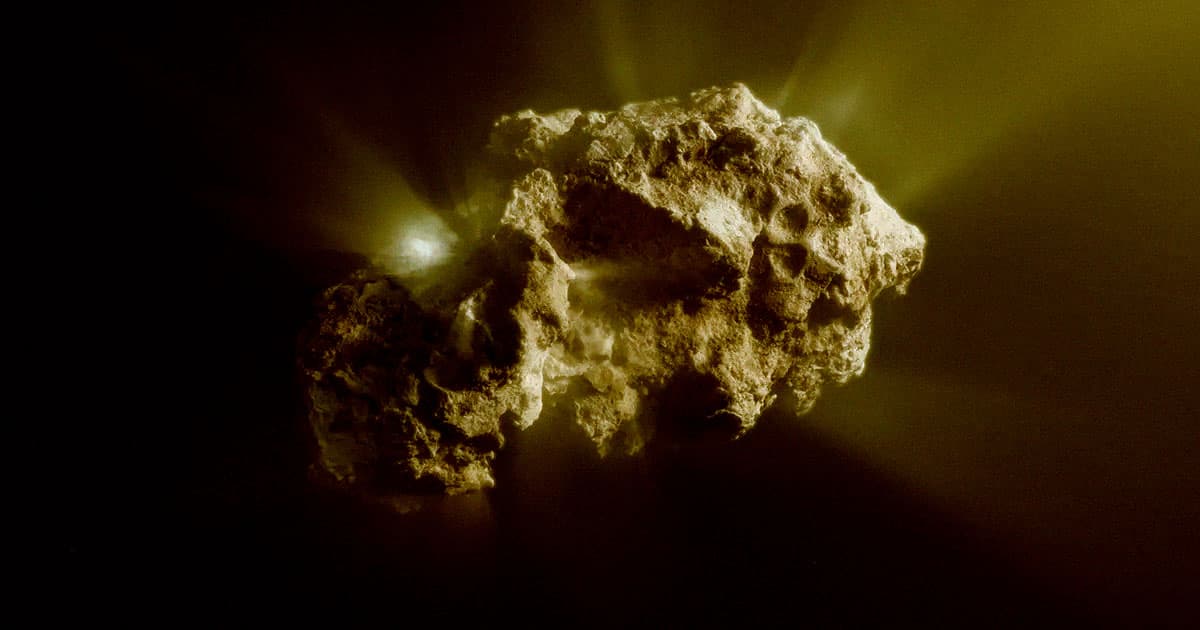 After almost exactly three years, the US government has confirmed a hypothesis by a pair of Harvard astrophysicists that an interstellar object crashed into the Pacific Ocean.

In a previously classified memo, US Space Command affirmed that a fireball seen off the coast of Papua New Guinea in 2014 was, in fact, the first interstellar meteor known to fall to Earth.

Although the Pentagon's newest branch hasn't revealed much more than what the researchers suspected, it is the first admission of its kind, an otherwise momentous finding weighed down by bureaucracy and red tape.

The conclusion itself isn't new, Vice reports, but was originally drawn by Harvard theoretical astrophysist Amir Siraj and his mentor Avi Loeb in a 2019 preprint study.

Since then the pair have struggled to get their study peer reviewed due to the red tape surrounding the object.

Much of the information about the small meteor believed to have crashed into the South Pacific remained classified, forcing Siraj and Loeb to work around the US government.

Loeb — who has made a name for himself as Harvard's resident UFO researcher after boldly suggesting [link] that interstellar object 'Oumuamua could be a probe sent by an alien civilization — proposed for his protégé Siraj to start looking through NASA's Center for Near Earth Object Studies database, which catalogues meteors and fireballs, to see if anything stuck out.

In this case, the uber-fast 2014 object that became the eventual subject of the pair's paper jumped out.

"It was really fast, and so I was like: 'Oh my God, this could be an interstellar meteor,'" Siraj told Vice. "It was hiding in plain sight."

While this fabulous finding was undoubtedly exciting, the pair soon learned they couldn't get precise data on the velocity margin of error for the object, because some of the same high-tech sensors used to detect fireballs like this one are used by the US military to track potential nuclear activity, Vice notes.

This "whole saga," as Siraj called it, resulted in the researchers making their way up and down the food chain to get confirmation about the object's velocity from the government.

Years later, as the paper languished  without peer review following Loeb and Siraj submitting it to The Astrophysical Journal Letters, it ended up in the inbox of Joel Mozer, chief scientist of Space Operations Command at the US Space Force.

That hard-fought stroke of luck resulted in the first confirmation of its kind, when, at the Space Foundation's annual Space Symposium, US Space Command deputy commander John Shaw announced that "a previously-detected interstellar object was indeed an interstellar object" in the now-declassified memo.

Siraj told Vice that he found out about the confirmation via the same tweet that announced it to the rest of the world, and is including this key piece of information in a renewed push to get the paper finally peer reviewed.

So there you have it, folks. It may be years late and incomplete — but the government has confirmed that a rock from a different star system has made it all of the way here and fallen to Earth for the very first time in history — a rare glimpse of all the interstellar treasures we have yet to find.

More on weird space junk: Scientists Detect Huge Object Further Away Than Anything Else Detected In Universe

Read This Next
Avi Update
Harvard Professor Defends Claim That Alien Spacecraft Cruised Through Solar System
Who's There?
New Harvard Project Will Investigate Alien Technology
Alien Ant Farm
Avi Loeb and the Great Unknown
Far Out
Proposed Mission Would Explore Interstellar Object ‘Oumuamua
Planetary Seeds
Interstellar Visitor Like 'Oumuamua May Have Formed Earth's Core
More on Off World
Heavy Metal
Yesterday on the byte
NASA Mars Rover Finds Metallic Object That Smashed Down on Surface
Small But Mighty
Yesterday on the byte
Baby Asteroid Photobombs James Webb On Accident
Little Guy
Yesterday on the byte
Scientists Prototype "Creeping" Lizard-Like Robot for Exploring Mars
READ MORE STORIES ABOUT / Off World
Keep up.
Subscribe to our daily newsletter to keep in touch with the subjects shaping our future.
+Social+Newsletter
TopicsAbout UsContact Us
Copyright ©, Camden Media Inc All Rights Reserved. See our User Agreement, Privacy Policy and Data Use Policy. The material on this site may not be reproduced, distributed, transmitted, cached or otherwise used, except with prior written permission of Futurism. Articles may contain affiliate links which enable us to share in the revenue of any purchases made.
Fonts by Typekit and Monotype.