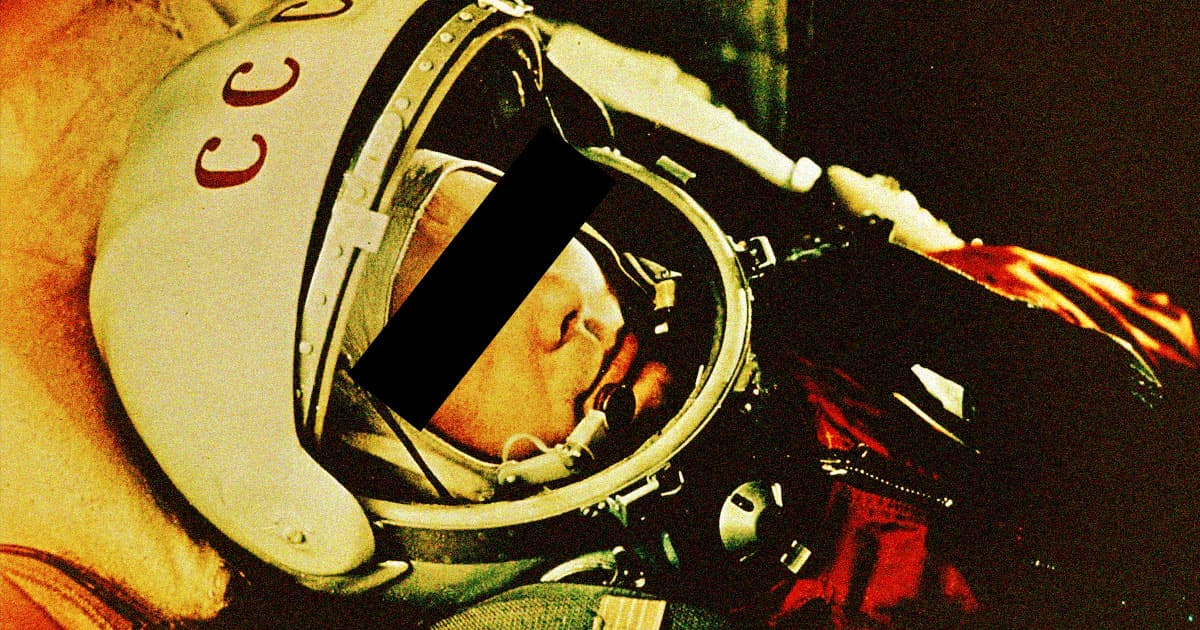 Whipping themselves into a Freedom Fries-esque fit of censoriousness, a space industry conference has removed the name of celebrated Soviet cosmonaut Yuri Gagarin, the first human to travel into space, from an event.

The nonprofit Space Foundation announced  in a now-deleted note that "in light of current world events" it would be changing the name of a fundraiser from "Yuri's Night" to "A Celebration of Space: Discover What’s Next" at its Space Symposium conference.

"The focus of this fundraising event remains the same — to celebrate human achievements in space while inspiring the next generation to reach for the stars," the deleted update notes.

It's a rather dubious show of solidarity with the Ukrainian people, especially considering that Gagarin worked for the USSR, a completely different country from modern day Russia. And the icing on the cake? Ukraine actually appears to be rather fond of Gagarin and his monumental achievement.

“In light of current world events, the 2022 Space Foundation Yuri’s Night is renamed ‘A Celebration of Space: Discover What’s Next.’” 🤔 https://t.co/xBS7ynmA41

Erasing the name of the first person to ever fly to space while supposedly celebrating "human achievements in space" is bad enough.

But doing so in line with the milquetoast trend of disavowing all things Russian, including famous composers and food products, amid the country's current invasion of Ukraine is just outrageous.

For instance, a 2011 Ukraine stamp commemorated the 50th anniversary of his pioneering space flight. And the recently-bombed Chernihiv Stadium was renamed by the Soviets as the "Yuri Gagarin Stadium" back in the 1960s, and is also still referred to as such by fans despite a new official name.

In a post published last year about Gagarin's often-overlooked relationship with Ukraine, the country's Igor Sikorsky Kyiv Polytechnic Institute noted that during his first and only visit to the capitol city in 1966, the cosmonaut had kind words to say about the country's capital, which was part of the USSR at the time.

"My friend Pavel Popovich told me a lot about the beauty of Kyiv," Gagarin reportedly said when visiting school children at a youth center, "but what I’ve seen with my eyes is incomparable to what I’ve heard!"

It's far from the first time on-Earth geopolitics have affected the world of spaceflight — hell, NASA likely wouldn't have made it to the Moon as soon as it did if it hadn't been for the Cold War.

Space cooperation between the United States and Russia has led to decades of remarkable international unity and scientific research, even as politics have, on occasion, strained that delicate alliance.

Censoring Yuri Gagarin's name will not help a single Ukrainian fend off Russia's invasion, but it does serve as yet another reminder that fair weather activism often flies in the face of reality.

More on US-Russia space cooperation: NASA Says Its Astronaut Is Definitely Still Carpooling Back to Earth On A Russian Spacecraft

Read This Next
Sabers Rattled
Russia Issues Veiled Threat to Shoot Down Pesky SpaceX Satellites
Sad ROSS
Russia's New Space Station Gets Sadder the More We Hear About It
Buh Bye
Russia Says It's Definitely Quitting the ISS But Doesn't Say When Exactly
Don't Let the Door Hit You
Russian Space Chief Leaving Post, May Be Headed to War Zone
Gone Girl
Rumors Swirl That the Deranged Head of the Russian Space Program Is Getting Fired
More on Off World
Light Me Up
Yesterday on the byte
Wall of Lasers Cuts Across Hawaii's Night Sky
Water Sign
Yesterday on the byte
Scientists Find New Evidence of Hidden Ocean World in Our Solar System
Trashing Orbit
Thursday on the byte
Elon Musk Says SpaceX May Build Starship That Dies on Purpose
READ MORE STORIES ABOUT / Off World
Keep up.
Subscribe to our daily newsletter to keep in touch with the subjects shaping our future.
+Social+Newsletter
TopicsAbout UsContact Us
Copyright ©, Camden Media Inc All Rights Reserved. See our User Agreement, Privacy Policy and Data Use Policy. The material on this site may not be reproduced, distributed, transmitted, cached or otherwise used, except with prior written permission of Futurism. Articles may contain affiliate links which enable us to share in the revenue of any purchases made.
Fonts by Typekit and Monotype.