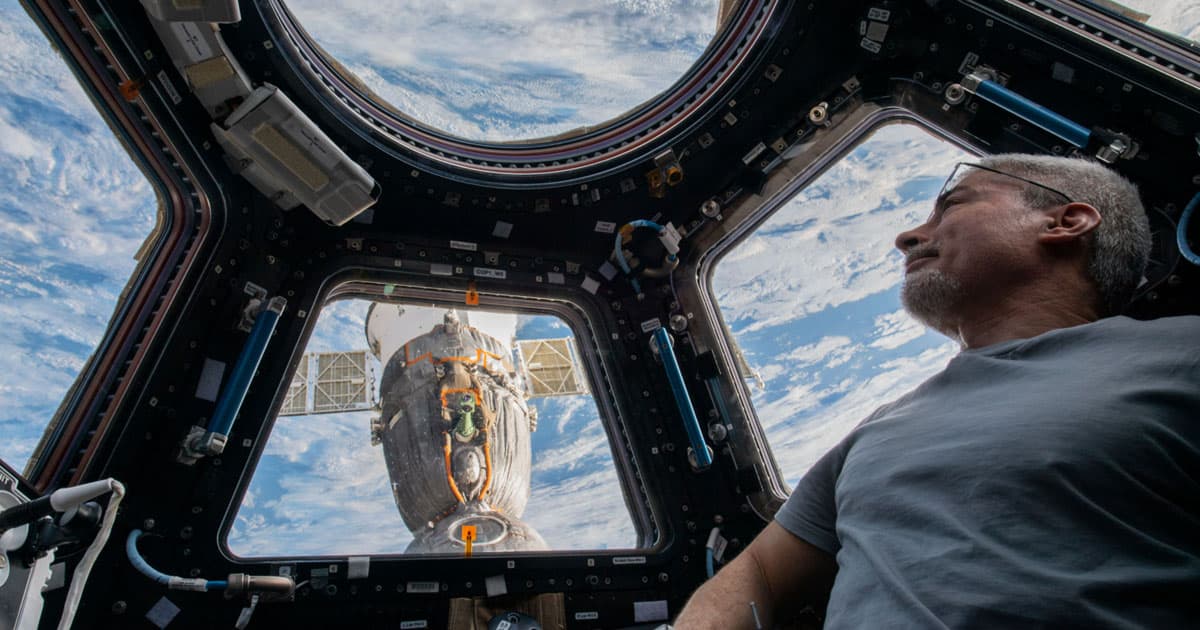 That's gonna be one awkward trip back!

That's gonna be one awkward trip back!

Despite the head of Russia’s space program going a bit off the rails after the invasion of Ukraine, NASA is insisting that everything is fine.

Joel Montabano, manager of NASA’s ISS program, told CNN on Monday that operations between NASA and Russian space program Roscosmos "continue to go well." He added that agency astronaut Mark Vande Hei is still "coming home" on Russia’s Soyuz spacecraft in spite of the geopolitical tensions between DC and Moscow.

Vande Hei, who broke the record today for the longest spaceflight by a US astronaut, is slated to come home via the Russian craft on March 30. The crew will land in Kazakhstan, where Russia has a space facility at which both NASA and Roscosmos engineers work.

War of the Words

Vande Hei, who launched to the ISS in April 2021, will be returning to an Earth that’s very different from the one he left.

Not only has Russia unleashed a bloody invasion attempt of Ukraine, but Roscosmos head Dmitry Rogozin has outdone even his own reputationfor bluster and chaos — even going as far as seemingly threatening the ISS.

So far, though, NASA has repeatedly insisted that the geopolitical tensions have not impacted operations between the two space programs. Regardless, Vande Hei’s trip could — depending on how things play out — be one of the last trips a NASA astronaut takes in a Soyuz vehicle.

With the successful launch of an increasing number of private and NASA astronauts in SpaceX’s Crew Dragon craft, the US is developing increasingly reliable transportation to and from the ISS without the help of Russia.

So unless Rogozin decides to finally put his money where his Twitter account is and abandon the ISS astronauts completely, we’ll likely see a smooth journey home for Vande Hei. Good thing, too. He deserves the break from dire, life-threatening situations at the hands of Russia.

READ MORE: NASA says American aboard International Space Station will come back on Russian rocket 'for sure' [CNN]

More on Russia: Russia Promises Not to Abandon NASA Astronaut on Space Station