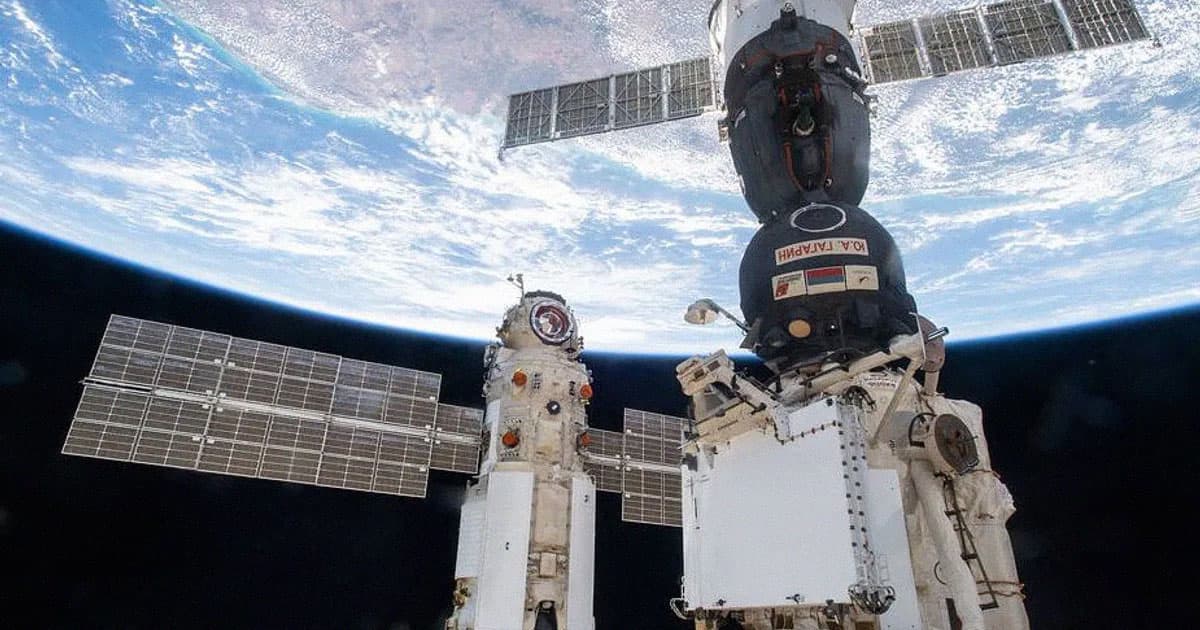 NASA Says Everything Is Perfectly Chill on the Space Station Despite the, Uh, War

Things have got to be a little awkward up there, right?

Things have got to be a little awkward up there, right?

Despite the Russian invasion of Ukraine, NASA says it won’t be interfering with work aboard the International Space Station (ISS).

The space agency says operations aboard the station will proceed as usual, The Independent reports, with astronauts and cosmonauts continuing to work side-by-side to further research in space.

"The International Space Station team is continuing to safely conduct research operations in low-Earth orbit," a NASA spokesperson said in a statement seen by the paper. "Ongoing station operations continue including work to fly crew to the orbital outpost and return them safely to Earth."

Despite this, there is a significant feeling of animosity brewing amongst some officials within international space agencies. Dmitry Rogozin, the head of Russia’s space program Roscosmos, recently tweeted his frustrations with US policy towards Moscow.

"We really value our professional relationship with NASA, but as a Russian and citizen of Russia, I am completely unhappy with the sometimes openly hostile US policy towards my country," he posted.

However, he also said that "regardless of disagreements between our countries," Roscosmos would "make every effort to continue as before."

It’s also worth noting that for decades, space exploration has offered a unique opportunity for countries to put aside their differences to focus on scientific research. The ISS is a testament to that. So it’s highly unlikely that Putin would do something drastic like sabotage the orbital outpost just to get back at Western powers.

However, with the radically escalating situation in the Ukraine, it’s no doubt making officials and astronauts more and more nervous that it could disrupt what’s been a longstanding fruitful relationship for science and technological advancement.

READ MORE: International Space Station’s US and Russian astronauts will continue as normal despite outbreak of war, Nasa says [The Independent]

More on the ISS: Expert: No, Russia Isn’t Going to Pull Its Modules from the ISS