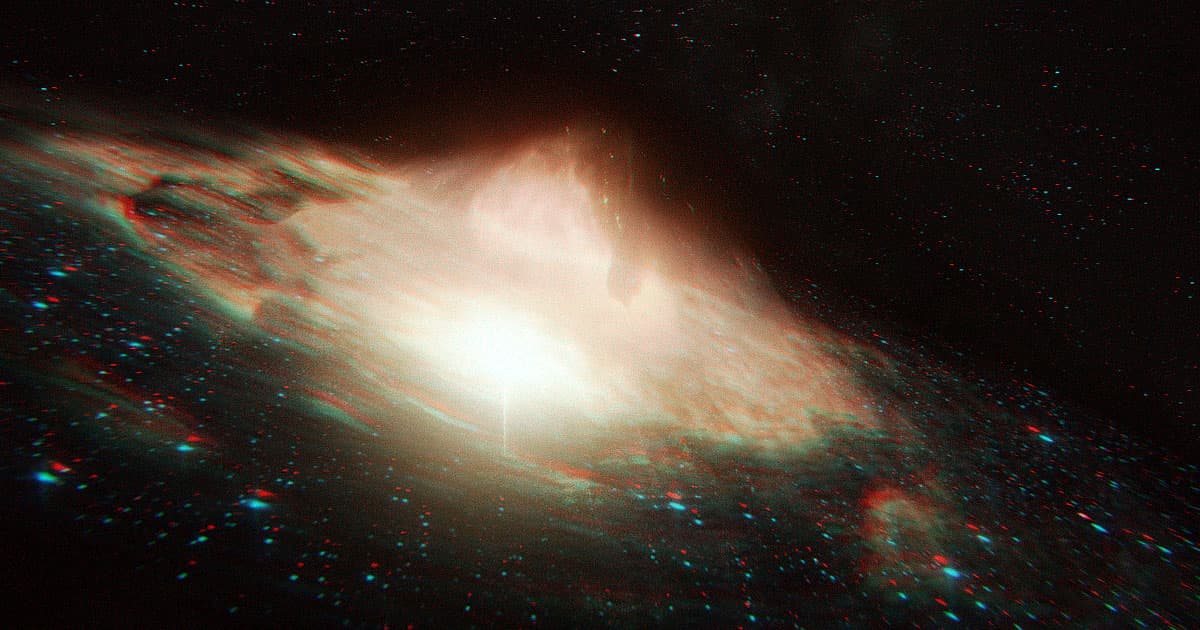 Scientists Detect Huge Object, Farther Away Than Anything Else Detected in Universe

Scientists may have glimpsed some of the oldest material in the universe.

According to a new, yet-to-be-peer-reviewed study, researchers found an unidentified object nearly 13.5 billion light years away. That's almost the age of the universe itself, Live Science points out, meaning the object, dubbed HD1 and which is likely a particularly distant galaxy, represents some of the most ancient stuff out there.

Dr. Avi Loeb, the same Harvard professor who set out to capture high-res footage of UFOs, worked on the study and told Live Science that the object could reveal a lot about early-universe objects and events.

"The first galaxies formed about a hundred million years  after the Big Bang," Loeb told the site. "They were a millionth of the mass of the Milky Way and much denser. One way to think of them is as the building blocks in the construction project of present-day galaxies, like our own Milky Way."

The scientists aren't quite ready to say exactly what the object is, how old it is, or if it even is a galaxy for sure. In fact, others say there's a chance, although small, that HD1 could be a giant black hole. Future observations are likely to clarify those questions, fortunately.

"If HD1 is a black hole, we should see X-ray emission from it," Loeb told Live Science. "If we do not find X-rays, the emission must originate from massive stars."

Luckily, there's a hardworking new asset we can count on to deliver the goods on the new discovery. According to Live Science, researchers hope to get images and details about HD1 from none other than NASA's largest and most powerful new telescope — the James Webb Space Telescope.

The telescope launched recently after years of delay — and more recent internet discourse — but is finally ready to begin capturing scientific images soon.

And if the mighty Webb can't tell us more about HD1, it's unclear what can.

Psychological Warfare
Experts Excoriate NASA Report Claiming James Webb Wasn't Homophobic
11. 19. 22
Read More
Monkey Business
China Plans to Send Monkeys to Space Station to Have Sex With Each Other
11. 3. 22
Read More
Overview Effect
William Shatner Says His Space Trip Left Him With a Feeling of Terrible Grief
10. 11. 22
Read More
+Social+Newsletter
TopicsAbout UsContact Us
Copyright ©, Camden Media Inc All Rights Reserved. See our User Agreement, Privacy Policy and Data Use Policy. The material on this site may not be reproduced, distributed, transmitted, cached or otherwise used, except with prior written permission of Futurism. Articles may contain affiliate links which enable us to share in the revenue of any purchases made.
Fonts by Typekit and Monotype.