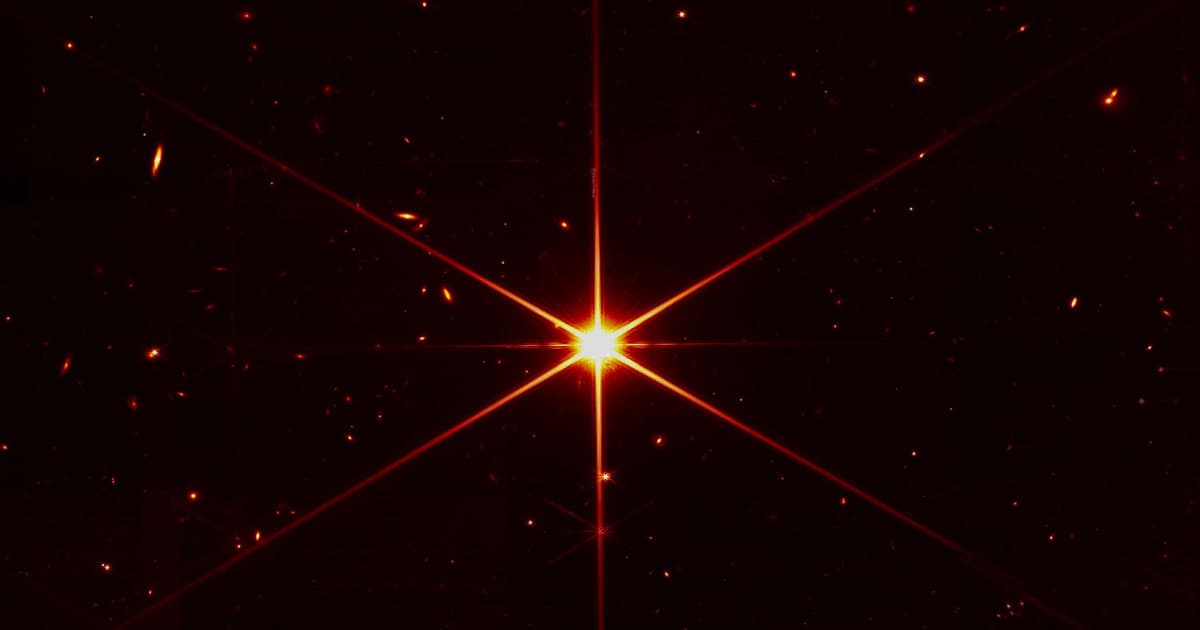 "We have the highest resolution infrared images taken from space ever."

"We have the highest resolution infrared images taken from space ever."

NASA has released a stunning new image taken by its James Webb Space Telescope that shows a star fully in focus, surrounded by a dizzying vista of galaxies.

"We have the highest resolution infrared images taken from space ever," said Scott Acton, a wavefront sensing and controls scientist working on the telescope, in a video accompanying the announcement.

The "telescope performed better than the models said it should," Acton added.

It's a stellar achievement and a massive payoff for the many scientists who have been tirelessly working on developing, launching, and deploying the massive space observatory.

"More than 20 years ago, the Webb team set out to build the most powerful telescope that anyone has ever put in space and came up with an audacious optical design to meet demanding science goals," said Thomas Zurbuchen, associate administrator for NASA’s Science Mission Directorate, in the statement. "Today we can say that design is going to deliver."

The results are even better than expected. As NASA notes in its press release, "every optical parameter that has been checked and tested is performing at, or above, expectations."

There were also "no critical issues and no measurable contamination or blockages to Webb’s optical path," according to NASA.

"We have fully aligned and focused the telescope on a star, and the performance is beating specifications," said Ritva Keski-Kuha, deputy optical telescope element manager for the telescope. "We now know we have built the right telescope."

Scientists are now hoping to complete the last steps of the alignment process before preparing the JWST's scientific instruments.

Despite the big success, official operations won't kick off for another couple of months — but the excitement is certainly palpable.

"I cannot wait to see what it discovers," Acton said in the video.

More on the JWST: The James Webb Space Telescope Just Locked Onto Its First Star