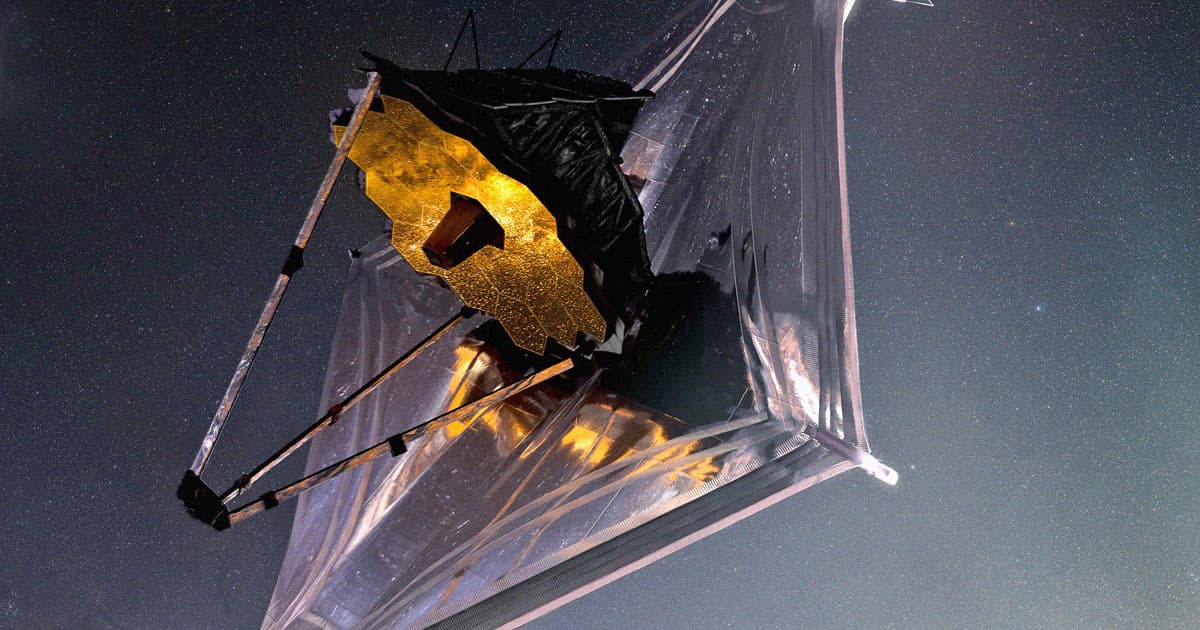 The James Webb Space Telescope keeps trucking along — and it just hit another exciting milestone.

As the Canadian Space Agency (CSA) noted in a press release about its contribution to the telescope, the orbital observatory's Fine Guidance Sensor (FGS) has successfully been used to "lock on" to its first star.

In a post about the highly sensitive instrument so enthusiastic that the space agency used a rare exclamation point in its title, NASA said that the FGS "allows Webb to point precisely, so that it can obtain high-quality images." It will ultimately be used to detect the first light of stars, and later, to see and characterize exoplanets.

During "Line of Sight" tests that determined the FGS was able to point correctly, the Webb team confirmed that the instrument is able to track a specific guide star, a key mechanism that'll be used to align the telescope's iconic golden mirrors.

Canada’s Fine Guidance Sensor on @NASAWebb has successfully completed its first use as part of the mirror alignment phase – locking on to a guide star and sending data to the telescope’s positional system 16 times a second! Learn more: https://t.co/q6L34hYwwC

Next, the CSA added, the FGS will be used in the coming weeks to help align the telescope's 18 hexagons that make up its huge primary mirror array. Once those mirrors are aligned, we'll finally get more precise photos than, for example, those of HD 84406, the star whose light the telescope honed in on last week and captured in a mosaic-like image.

It's unclear if the telescope's new "guide star" is the same as the one in its first stunning, if incomplete, photos. Nevertheless, this marks a very exciting milestone in the JWST project, which after months of delays has been doing an amazing job since its Christmas Day launch.

The final photos, as CSA described, will be the sum of the 18 mirror segments being "stacked" alongside the rest of the telescope's calibrated optical elements "to ultimately create a highly focused image of a single star."

This is the first image taken by #JWST.

(Specifically, this is a mosaic of 18 images *of the same star*, HD 84406—which will now be used to align the 18 segments of the primary mirror to ultimately produce a single image of that star.)