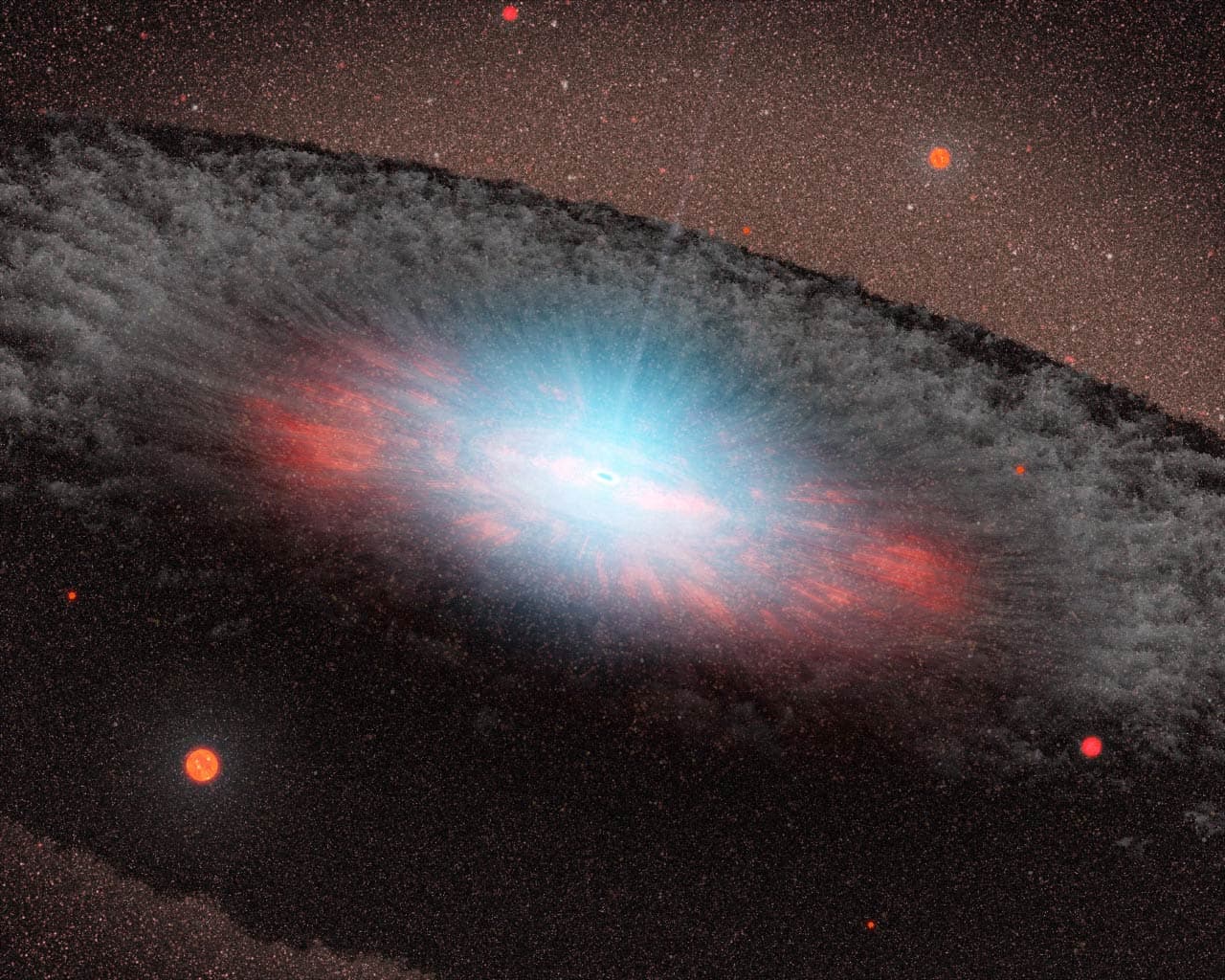 A supermassive black hole is an enormous astronomical object that has millions to billions times more mass than our sun squeezed into relatively small areas. This creates an incredibly strong gravitational pull that not even light can escape. Scientists believe that these giants are at the center of most massive galaxies, including our own. Now, with the advanced NASA Nuclear Spectroscopic Telescope Array (NuSTAR) satellite observatory, a team of researchers posits that there may be many more supermassive black holes than previously thought and that they are largely hidden all across the universe.

The team was able to detect the very high energy x-rays from five supermassive black holes previously clouded from view by dust and gas. The massive objects were much more bright and active than anticipated, rapidly accreting nearby light and material and emitting great amounts of radiation. Such remarkable observation had not been feasible before NuSTAR, established in 2012, as the observatory is the first to have the capacity to detect these types of high energy x-rays.

University of Texas at Austin

Researchers believe that actually confirming these “hidden monsters” in obscured regions supports the theory that potentially millions more supermassive black holes exist and are hidden all over the Universe. Since they envelope everything, black holes themselves can’t be seen, rather scientists detect their effects when they ‘pull’ on a star’s material or other nearby objects. So, what if a black hole exists in isolation, with no nearby bodies to accrete? These are the black holes that are impossible to detect. Provided of course interstellar travel were possible, if you were to come upon a black hole like this, you could detect its presence only when it began to ‘pull’ your craft, at which point it would almost certainly be too late to escape. So, since they are so massive and inescapable, the prospect that they are hidden from us is really quite monstrous!

Read This Next
Monkey Business
China Plans to Send Monkeys to Space Station to Have Sex With Each Other
Overview Effect
William Shatner Says His Space Trip Left Him With a Feeling of Terrible Grief
Astronaut Drip
We Just Got the First Peek at NASA's Artemis Moon Landing Suits
Blast Off
Former Astronaut Details Quest to Grow Cannabinoids in Space
RIP
Unfortunate Comet Flies Too Close to the Sun, Disintegrates and Becomes a Ghost
More on Off World
Grrrrrrrr
4:06 PM on the byte
Internet Erupts as NASA Spots Cartoon Bear on Surface of Mars
Gl1tc4
2:44 PM on the byte
NASA Says Another James Webb Instrument Has Suffered a Glitch
comet Spotting
2:06 PM on the byte
Behold! Dazzling Green Comet Approaches
READ MORE STORIES ABOUT / Off World
Keep up.
Subscribe to our daily newsletter to keep in touch with the subjects shaping our future.
+Social+Newsletter
TopicsAbout UsContact Us
Copyright ©, Camden Media Inc All Rights Reserved. See our User Agreement, Privacy Policy and Data Use Policy. The material on this site may not be reproduced, distributed, transmitted, cached or otherwise used, except with prior written permission of Futurism. Articles may contain affiliate links which enable us to share in the revenue of any purchases made.
Fonts by Typekit and Monotype.