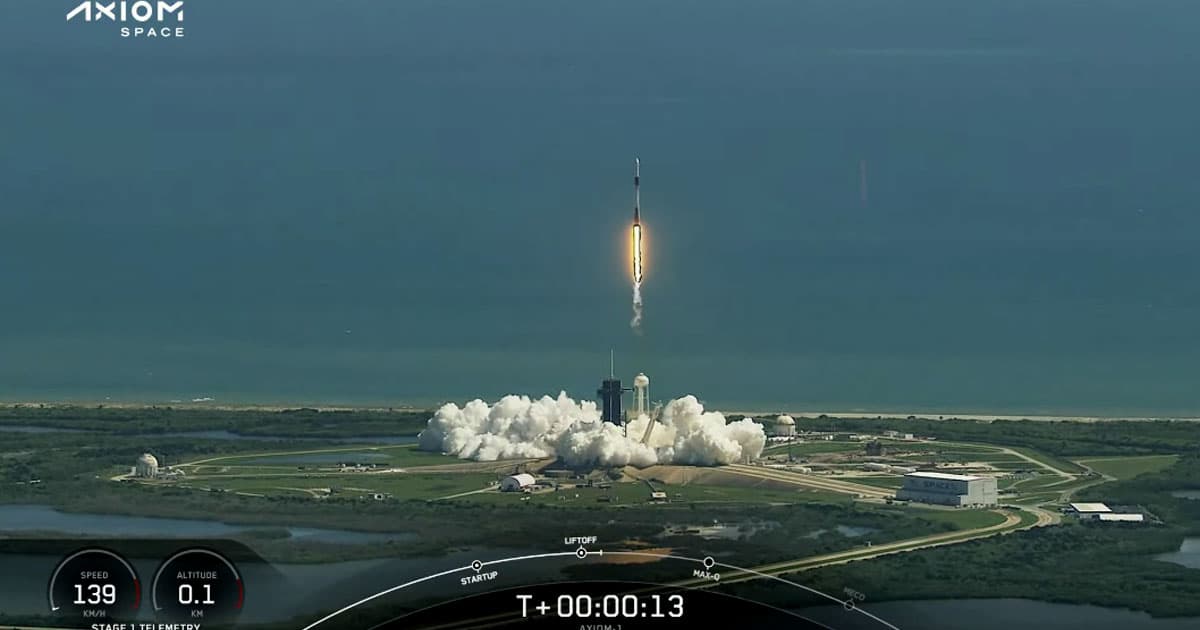 For Private Eyes Only

It's a historic moment.

It's a historic moment.

It's a historic moment in the history of spaceflight.

SpaceX has successfully launched the first all-private crew of space tourists to the International Space Station, as part of Axiom Space's Ax-1 mission.

The Crew Dragon spacecraft took off from the Kennedy Space Center in Florida at around 11:17 am local time, taking one retired NASA astronaut and three paying passengers into orbit.

The launch went by without a hitch, which is to be expected at this point — it's the sixth successful crewed launch of the spacecraft and the fifth to fly to the space station.

Stage separation was confirmed just under three minutes into flight, "a picture perfect liftoff," as SpaceX's commentator called it.

SpaceX's drone ship managed to safely catch the rocket's first stage minutes after delivering the payload into the upper atmosphere.

The trip was organized by SpaceX and Axiom Space, a private space company, which is also hoping to launch its own space station in the upcoming years.

The crew will spend ten days in orbit, and eight on board the orbital outpost.

It's a watershed moment for the still nascent space tourism industry, a hint of many more launches like it in the future.

More on Ax-1: SpaceX Space Tourists Are Bringing a Brain-Reading Helmet to Space This Month