"One headset, for multiple people, that automatically configures itself perfectly to each one’s head." 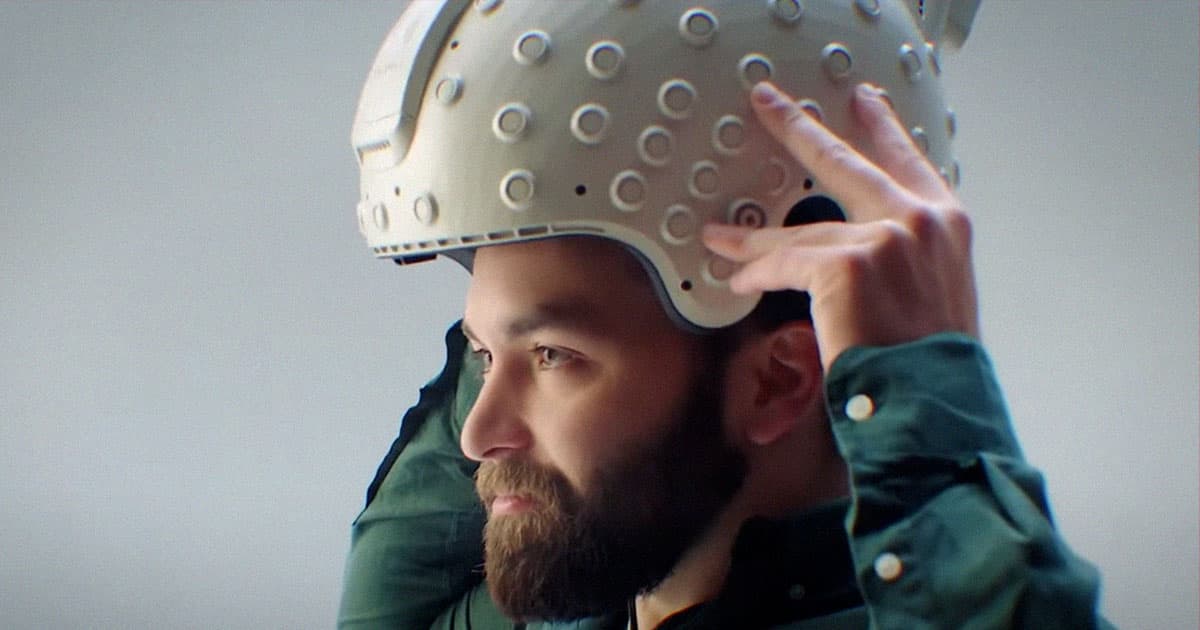 Tourists headed to the International Space Station this month on board a SpaceX Crew Dragon capsule as part of Axiom Space's AX-1 mission are bringing a special scientific experiment with them: a headset they'll use to map changes in brain activity during spaceflight.

WATCH: This brain-monitoring helmet is going to space to test the brain activity of astronauts as they perform 20 minutes of tasks https://t.co/hUa2MX2LS2 pic.twitter.com/9geSxH2J7Z

The company wants to "make sense of different human behaviors, for example, mood, cognitive load, fatigue and more," according to its website, by comparing the analyzed data to control subjects back on the ground.

The headset will examine "day-to-day plastic changes" to the brain tissues to study how microgravity affects the structure of the organ, according to the company.

It's not the first time brain activity has been studied in space, but the company claims it's the first to utilize "high-density dry EEG systems" that don't require gel pads to be attached to the participant's skull.

"It was designed to be the most effective, cheapest, easiest-to-use EEG acquisition headset in the world," brain.space CEO Yair Levy told TechCrunch last month. "One headset, for multiple people, that automatically configures itself perfectly to each one’s head."

Three of the four AX-1 crew members will spend 15 minutes wearing the headsets twice a day while on board the space station. They will also be asked to complete "visual oddball" tasks by staring at "stimulus presentations" to detect "abnormal brain dynamics."

But whether the flashy and upgraded gear will lead to breakthroughs in our understanding of the brain — one of most persistent mysteries in modern science — remains to be seen.

More on the mission: First Entirely-Private Mission to Space Station Names Its Crew