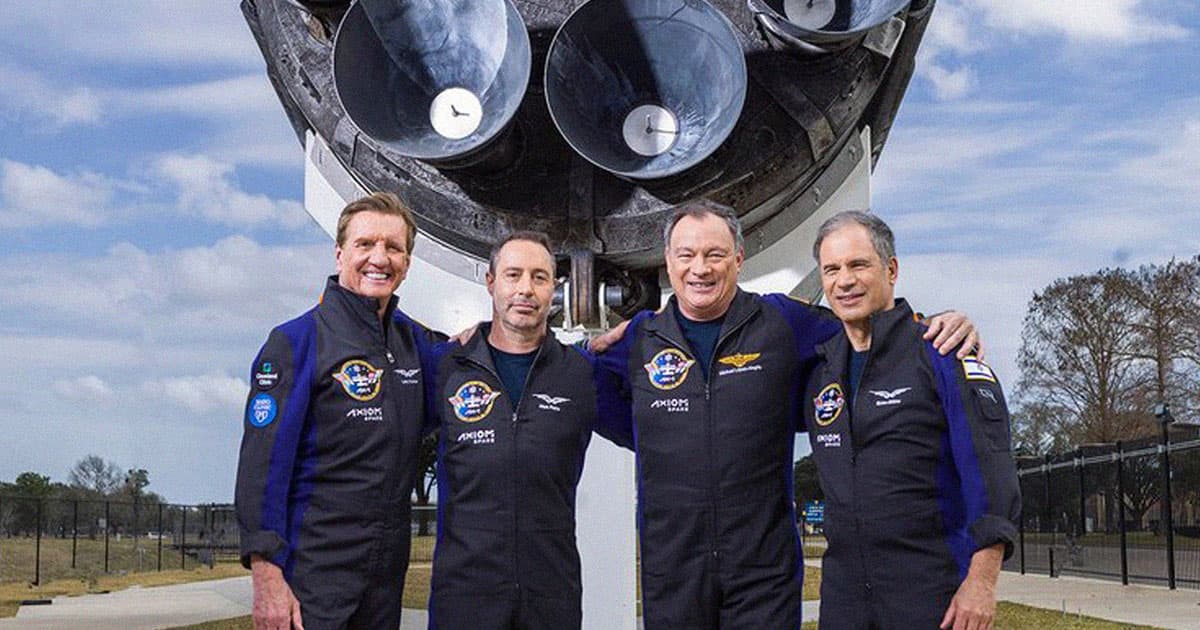 It's an awkward time to fly to the International Space Station.

It's an awkward time to fly to the International Space Station.

A crew of space tourists are set to launch to the International Space Station later this month on board a SpaceX Crew Dragon, as part of Axiom Space's AX-1 mission.

It's billed as the "first-ever entirely private mission" to fly to the ISS. But given the tense geopolitical crisis unfolding back on terra firma — and the fact that the ISS is the culmination of decades of collaboration between Russia and the US — it's a bit of an awkward time to visit the orbital outpost.

The crew of four "will primarily operate in the US segment" Axiom Space CEO Michael Suffredini said during a press briefing on Friday — and, "by invitation," maybe the Russian segment as well.

The news comes a day before the outspoken head of Russia's space agency Dmitry Rogozin is set to make a public statement about Roscosmos' relationship with its international partners, given the sanctions imposed on both Russia and its space program.

Last month, Rogozin threatened that "we will wait until the end of March" for international partners to lift sanctions, as quoted by Russian sate news organization TASS.

"The lack of response or a negative response would be a basis for our decision," he added, but never actually clarified what that decision could end up looking like.

Despite Rogozin's many inflammatory comments and thinly veiled threats, operations on board the ISS appear to be mostly proceeding as usual. For one, NASA astronaut Mark Vande Hei safely returned back to the surface this week on board a Soyuz spacecraft after spending nearly a year in orbit.

NASA also claimed this week that Russia is still considering participating with the US on the International Space Station through 2030 — despite Russia confirming it was planning to abandon the station last year.

It's a testing moment in the history of the program. But to Suffredini, who served as NASA's ISS program manager for a decade, space exploration transcends those concerns.

"There's something about human spaceflight that holds us together," he said during today's briefing, adding that NASA and Roscosmos "are still together as a partnership."

More on the ISS: Head of Russian Space Program Says ISS Cosmonauts “in a Fighting Mood”