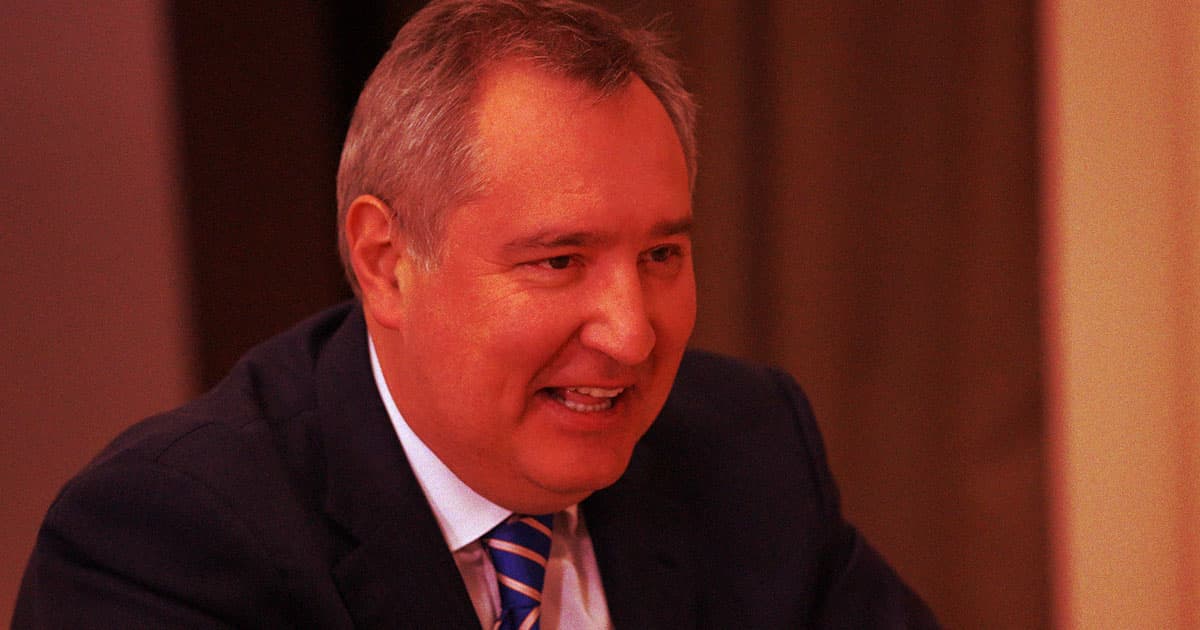 Wait, what is he suggesting?

Wait, what is he suggesting?

Update: Something very unexpected happened when the cosmonauts arrived at the station — read more here.

Dmitry Rogozin, the outspoken head of Russia's space agency Roscosmos, expressed his excitement today for delivering the next crew of cosmonauts to the International Space Station.

But his choice of words was peculiar, to say the least.

"The State Commission at Baikonur approved the main and backup crews of the Soyuz MS-21 manned spacecraft," Rogozin tweeted in Russian. "The boys are in a fighting mood."

Is Rogozin really suggesting violence could break out on board the International Space Station? There's a decent chance Rogozin was using the expression as a rallying cry, akin to something one would shout at soccer players from the sidelines.

But given his callous remarks recently, the words may well have been chosen to further inflame tensions around Russia's invasion of Ukraine and its effects on the international space community.

Rogozin has made several inflammatory comments in response to countries imposing sanctions on Russia and Roscosmos.

He went as far as to threaten the safety of astronauts on board the International Space Station, warning the United States of a plummeting "500 ton structure."

Operations on board the International Space Station are still plodding along in the meanwhile, unaffected by the geopolitical crisis developing on the surface below, according to NASA and the European Space Agency.

Currently, there are four NASA astronauts, one German astronaut, and two Russian cosmonauts on board the ISS.

They will be joined later this week by three more Russian cosmonauts, who will be launching from the Baikonur Cosmodrome in Kazakhstan tomorrow.

On March 30, the original two cosmonauts and NASA astronaut Mark Vande Hei will return to Earth on board a Russian Soyuz spacecraft, a rather awkward trip given the circumstances.

It's impossible to peer directly into Rogozin's mind to get a clear answer to what he meant with his most recent statement.

But if he really did mean to call for violence in space, it wouldn't even be the craziest thing he's ever said.

More on Rogozin: NASA Explains What Would Happen If Russia Abandoned the Space Station