NASA Explains What Would Happen If Russia Abandoned the Space Station 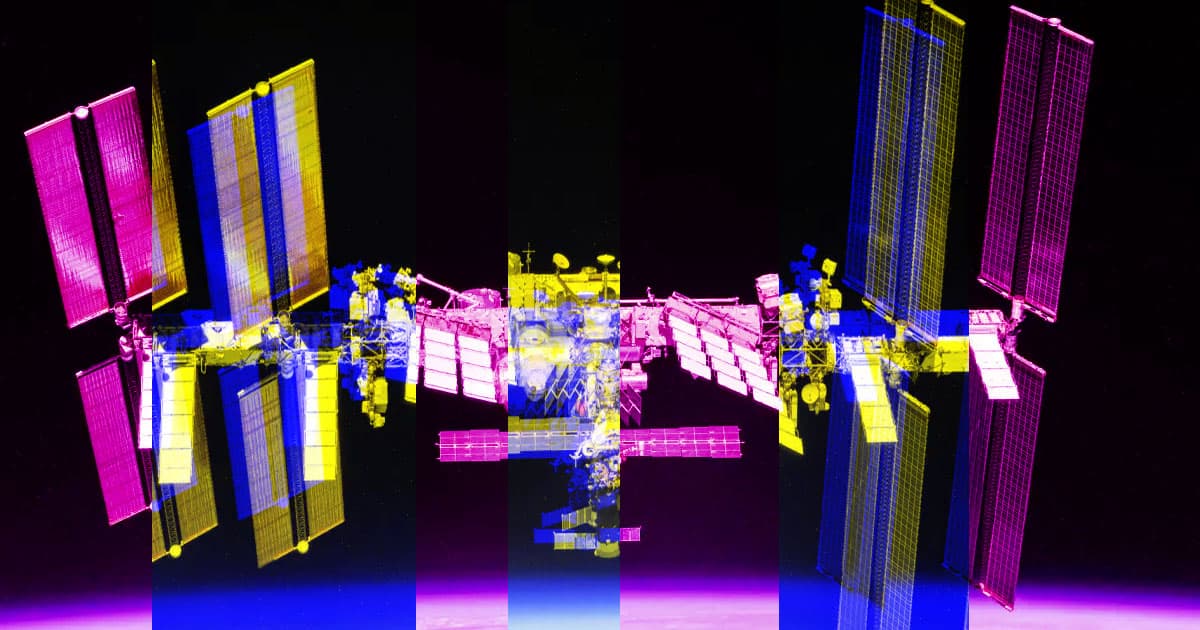 Over two decades of peaceful cooperation on board the International Space Station could soon come to an end, as the result of Russia's violent invasion of Ukraine, which has driven a deep wedge between the country's space agency and its international partners.

In a Frequently Asked Questions page published by NASA this week, the agency explored what could happen if Russia were to abandon the International Space Station — a refreshingly honest look at the situation amid an unfolding geopolitical crisis.

Given the shocking comments made over the past few weeks by Dmitry Rogozin, the head of Russia's space agency Roscosmos, a complete break at the ISS isn't entirely out of the question. Rogozin has repeatedly lashed out at the international community, going as far as to threaten the United States with a plummeting space station.

In its FAQ, NASA responds to several questions Rogozin's bizarre remarks have raised, from what would happen if Russians were to suddenly depart from the station to if it's even possible for the Russian segment to split off and form its own station.

Spoiler alert: Russia's abandonment could be disastrous for operations on board the aging orbital outpost — but it won't be able to simply sever itself and continue operations in space.

The ISS requires both Russian cosmonauts and NASA astronauts to be present at all times, NASA notes. In fact, as of right now, one country is fully reliant on the other to keep operations going, and vice versa.

If something were to ever go wrong, according to the document, "only US astronauts are trained to fully respond" to "failure scenarios on the United States Orbital Segment."

"The same is true for Russian cosmonauts in failure situations originating on the Russian segment," the agency said.

The Russian segment "provides all of the propulsion for International Space Station used for station reboost, attitude control, debris avoidance maneuvers and eventual de-orbit operations" while the US provides power via the station's solar arrays and some of the life support systems.

Despite operating on the same station, "mission control centers for NASA in Houston and Roscosmos in Moscow only command and control their respective segments," according to NASA.

A controversial video shared by Rogozin also suggested it was possible for the Russian segment to separate from the rest of the station and leave NASA astronaut Mark Vande Hei behind.

But, as NASA points out, "the space station was not designed to be disassembled, and current interdependencies between each segment of the station prevent the US Orbital Segment and Russian Segment from operating independently."

Rogozin's threats, however, do carry some weight: without cosmonauts in control, the ISS could run the risk of de-orbiting. That's because the station "needs a continuous and steady supply of propulsion spacecraft."

For the US to end its reliance on thrust provided by Russian-built Progress spacecraft would require "considerable new hardware [and] software development, and significant time and funding."

Even the US-built Cygnus spacecraft, the only commercial spacecraft that has ever been tested to provide the station with a boost, wouldn't be able to replace Russian propulsion.

That also means the US could have to rely on Russia's help to dispose of the International Space Station by 2030 if it fails to modify US-made spacecraft to provide sufficient thrust to deorbit the station.

It's an unfortunate situation. While both NASA and Roscosmos have said Vande Hei will indeed be returning back to Earth on board a Russian Soyuz spacecraft, cooperation on board the ISS is on increasingly thin ice.

More on the ISS: NASA Says Its Astronaut Is Definitely Still Carpooling Back to Earth on a Russian Spacecraft