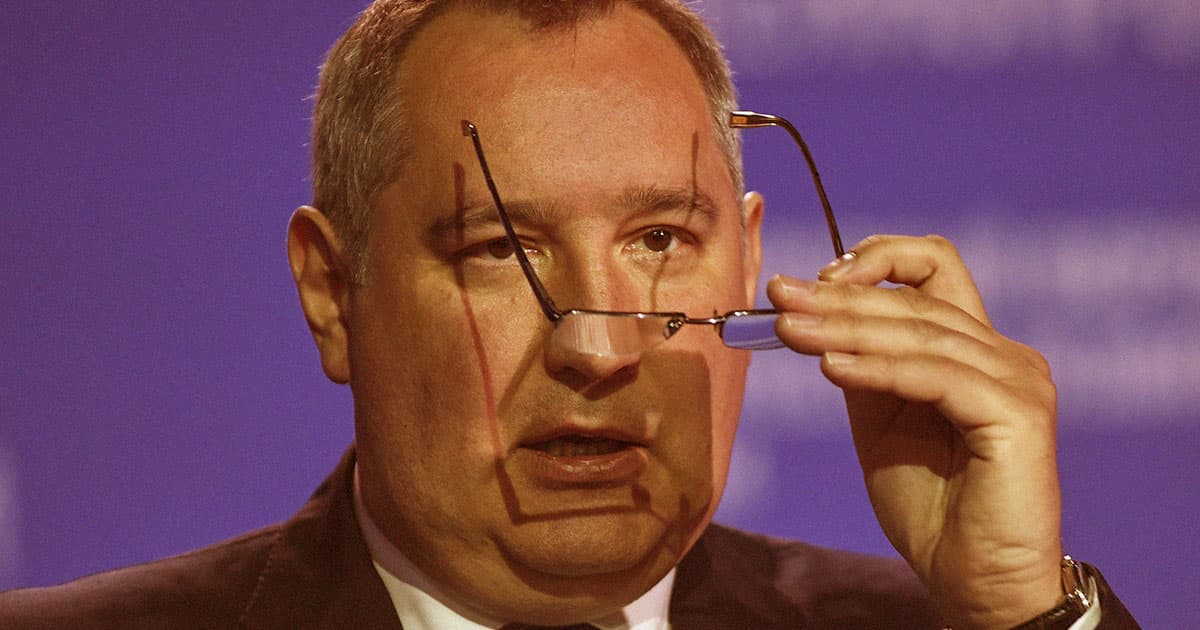 This is getting ridiculous.

This is getting ridiculous.

For the past week, NASA astronaut Scott Kelly has been embroiled in a war of words against Russian space agency chief Dimitry Rogozin for his deranged pro-Putin and anti-US rants in the wake of the invasion of Ukraine.

After being called a "child" and told he should find a job at McDonald’s, Rogozin has clapped back with his own broadside of insults, calling Kelly’s words "defiant and destructive."

Oh, then he accused Kelly of having dementia from too much space travel.

"Perhaps the dementia and aggression that you have developed is a consequence of the overload and stress of four flights into space," he said in a tweet. "I invite you to undergo an examination at the Brain Institute of our Federal Medical and Biological Agency."

Despite being the head of the Russian space agency Roscosmos and hence signing off on some of the most logistically complex space missions in the world, Rogozin has a history of acting like a moody child.

From baselessly accusing journalists of war crimes to nonsensically accusing the US of sabotaging the Russian space program, his most recent words are par for the course. The only difference is now, his country is actively at odds with the rest of the world in a way that hasn’t been seen since the Cold War.

When the stakes are this high, words matter more than ever. Unfortunately, Rogozin’s combative posturing might very well result in the deterioration of decades of US-Russian cooperation in space — meaning setbacks in legitimate scientific research.

No Scope
People Are Furious at Space Telescope's Homophobic Name Again
Jul 13
Read More
Brain Drain
Russian Space Program Is Apparently Forbidding Employees From Traveling Abroad, Fearing They'll Flee
Mar 10
Read More
DIY NASA
Amateur Rocket Builders Planning to Launch Astronaut Into Space
Feb 1
Read More
+Social+Newsletter
TopicsAbout UsContact Us
Copyright ©, Camden Media Inc All Rights Reserved. See our User Agreement, Privacy Policy and Data Use Policy. The material on this site may not be reproduced, distributed, transmitted, cached or otherwise used, except with prior written permission of Futurism. Articles may contain affiliate links which enable us to share in the revenue of any purchases made.
Fonts by Typekit and Monotype.