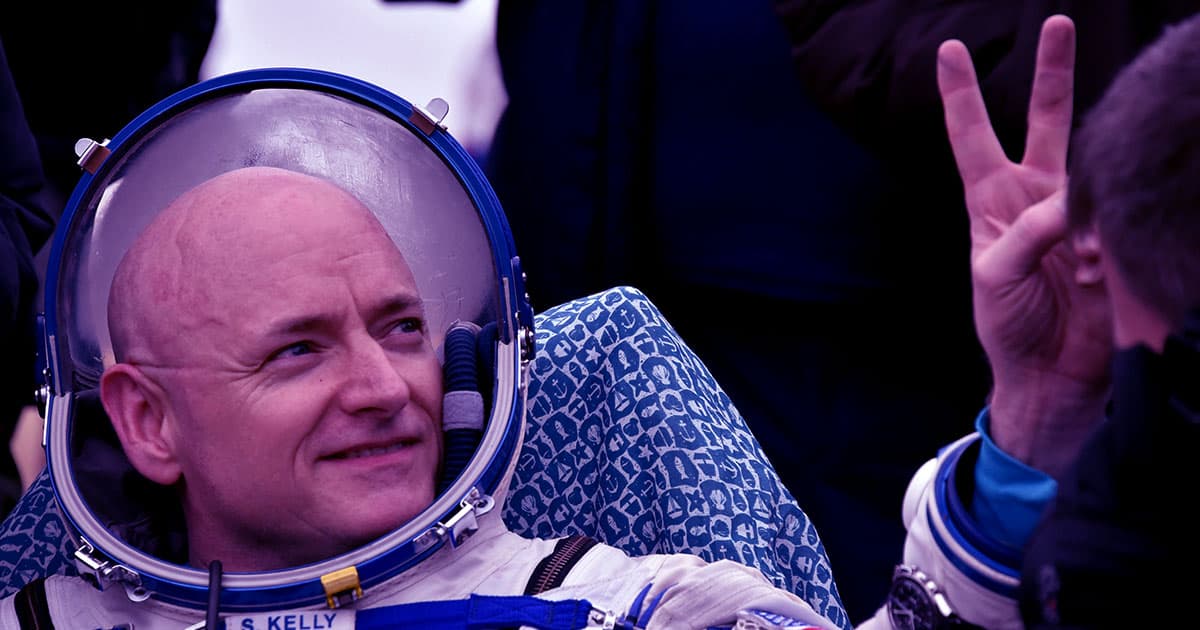 "You have my utmost respect, President Zelensky."

"You have my utmost respect, President Zelensky."

A former NASA astronaut continues to add fuel to the fire in his feud with the Russia space agency head — and this time, he’s explicitly siding with the president of Ukraine.

Scott Kelly, an ex-NASA astronaut, has been locking horns with Dmitry Rogozin, the head of Russia’s space program Roscosmos, even going as far as calling Rogozin a "child."

"Maybe you can find a job at McDonald’s, if McDonald’s still exists in Russia,"he quipped, with a profile picture depicting a hand painted with the colors of the Ukrainian flag.

He seemed to double down on his stance Monday night when he tweeted his support for Ukrainian President Volodymyr Zelensky — breaking further from NASA's extremely cautious stance toward Russia.

"You have my utmost respect, President Zelensky," he wrote.

While it certainly adds a bit of drama to the rising tensions between US and Russian space agencies due to Moscow’s invasion of Ukraine, Kelly’s words aren’t too surprising.

He’s been a vocal critic of the atrocities occurring in the country since it began late February. Kelly even pleaded on Twitter to Russian President Vladimir Putin to end the war, saying that he could "stop the madness. I’m afraid for the Ukrainians and for my Russian friends. Everyone will lose."

More recently, he’s taken aim at Rogozin and his inflammatory tweets critical of Western powers. When the Russian space chief bragged about removing the flags of foreign nations from rockets last week, Kelly launched his own broadside via Twitter.

"Without those flags and the foreign exchange they bring in, your space program won’t be worth a damn," Kelly tweeted in Russian.

As long as this invasion continues — and it’s likely to continue for a while — it doesn’t look like the two will be quashing their beef anytime soon. Let’s just hope for the sake of all the victims of the invasion that it does end soon, though.