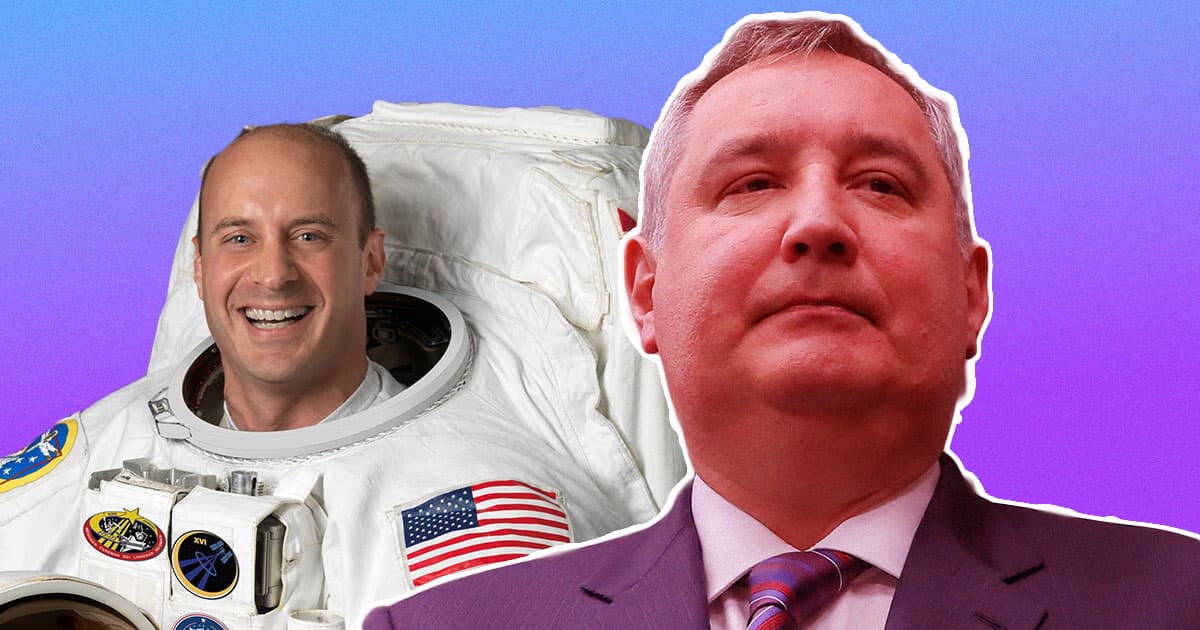 "Rogozin has always been a fool."

"Rogozin has always been a fool."

Another former NASA astronaut is piling on to mock Dmitry Rogozin, the head of Russia's space agency Roscosmos, for his inflammatory comments amid Russia's invasion of Ukraine.

"Rogozin has always been a fool," former NASA astronaut Garrett Reisman tweeted this week in Russian. "Only now he actually mortally wounds Roscosmos and ends one of the few remaining sources of currency for Russia."

"Keep this in mind when your ATM is empty," he added. "It will need a trampoline soon," referring to a notorious quip in which Rogozin mocked SpaceX back in 2014.

At the time, the space chief famously told the US to "bring their astronauts to the International Space Station using a trampoline" after the US aimed sanctions at the country over — you guessed it — the 2014 Ukraine crisis.

Rogozin had previously been butting heads with former NASA astronaut Scott Kelly, an argument that ballooned into a bitter Twitter feud.

"Maybe you can find a job at McDonald's, if McDonald’s still exists in Russia," Kelly tweeted at the space chief on Sunday.

Rogozin has garnered a reputation for making hotheaded comments and repeatedly lashing out at the international community over the years. Most recently, he's griped that Roscosmos was being unfairly targeted by fresh waves of sanctions, the result of Russia's troops invading Ukraine this year.

Rogozin went as far as to seemingly threaten the United States with a plummeting International Space Station late last month, then posting a bizarre video of the station breaking apart on Twitter over the weekend.

In short, Rogozin is actively burying any good will Roscosmos had left, potentially cutting the organization off from any future collaborations with international partners.

And that has the agency in dire straits. Rogozin has already had to resort to slashing his own salary, as well as that of other top figures, significantly.

His controversial scorched Earth approach has earned him plenty of derision and mockery — and only time will tell if Roscosmos will be able to pick up the pieces once the dust has settled.

Scheming Dmitry
Former NASA Official Says Russian Space Head Is Trapped, Trying to Escape
May 2
Read More
Space Ex
Head of Russian Space Program Claims That the US "Doesn't Have Any Spacecraft"
Apr 4
Read More
NASA Explains What Would Happen If Russia Abandoned the Space Station
Mar 17
Read More
+Social+Newsletter
TopicsAbout UsContact Us
Copyright ©, Camden Media Inc All Rights Reserved. See our User Agreement, Privacy Policy and Data Use Policy. The material on this site may not be reproduced, distributed, transmitted, cached or otherwise used, except with prior written permission of Futurism. Fonts by Typekit and Monotype.