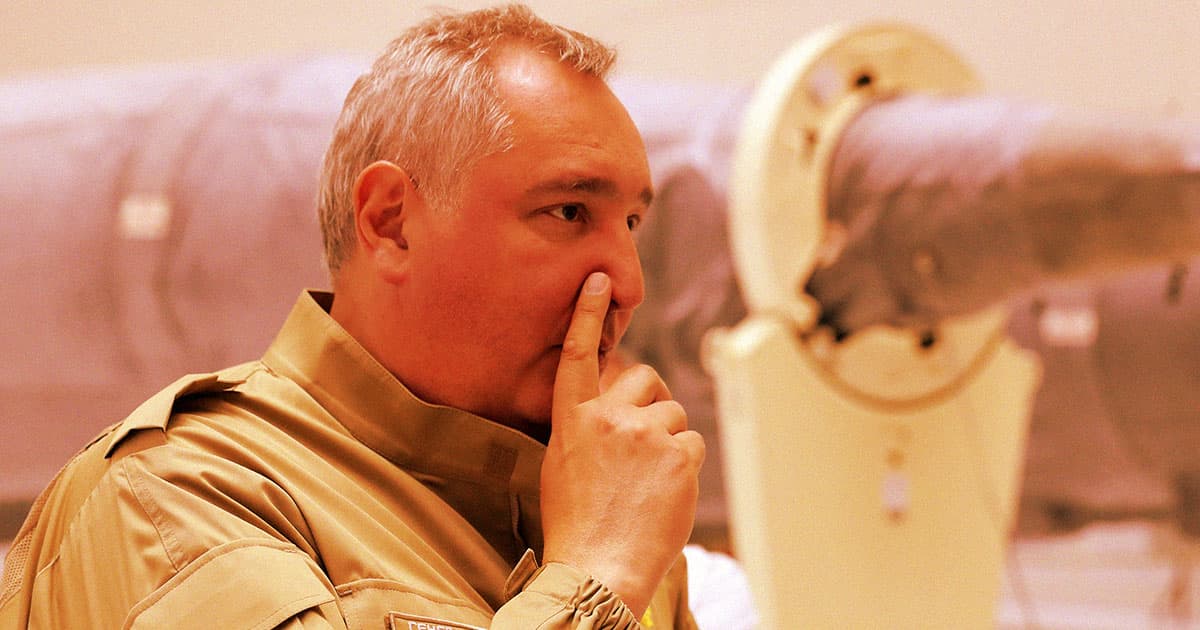 He's reaping what he sowed.

He's reaping what he sowed.

Russia's space agency Roscosmos has cut itself off from the international space community, with its head Dmitry Rogozin making a series of increasingly bizarre public communications — and the consequences may now be starting to show.

During Russia's ongoing invasion of Ukraine, Rogozin has made several inflammatory comments in response to Russia being targeted with renewed waves of economic sanctions.

As a result, Roscosmos is really starting to feel the pressure. In fact, according to Russian state media, Rogozin has cut his own salary, and those of other top figures at the agency, significantly.

Rogozin "cut his salary and payments to top managers" by 30 percent "under the conditions of sanctions," an anonymous insider source told RIA Novosti.

Rogozin made today's equivalent of $774,000 back in 2020 — worth just over $1.3 million at the time, long before the ruble cratered this week after the invasion — according to the report.

While 30 percent may sound like a decent chunk of money, the decision isn't exactly going to financially ruin him. According to Ars Technica, Rogozin gave himself massive raises in 2018 and 2019, inflating his take-home considerably year after year.

In many ways, Roscosmos' financial troubles are a direct result of Rogozin's own actions. The space agency head has repeatedly lashed out at the international space community over the last couple of days, going as far as to threaten the US and other spacefaring nations.

Roscosmos also burned bridges with Europe, with Rogozin demanding that the UK-based OneWeb provide the agency with guarantees it would not use its satellites to target Russia.

Roscosmos was set to help OneWeb launch 36 broadband satellites from the Baikonur Cosmodrome on March 4. The launch was promptly canceled, with OneWeb being caught unawares by Rogozin's bizarre demands.

But it's not OneWeb that could soon face bankruptcy, as Rogozin suggested in a recent televised statement.

"If anyone is in a stressed financial position, it's Roscosmos, which has been isolating itself from some of its biggest clients amidst the barrage of Western sanctions over Russia's invasion of Ukraine," New York Times space reporter Joey Roulette said in a tweet today.

More on Rogozin: Russia Mocked for Cutting US Off From Its Outdated Rocket Engines