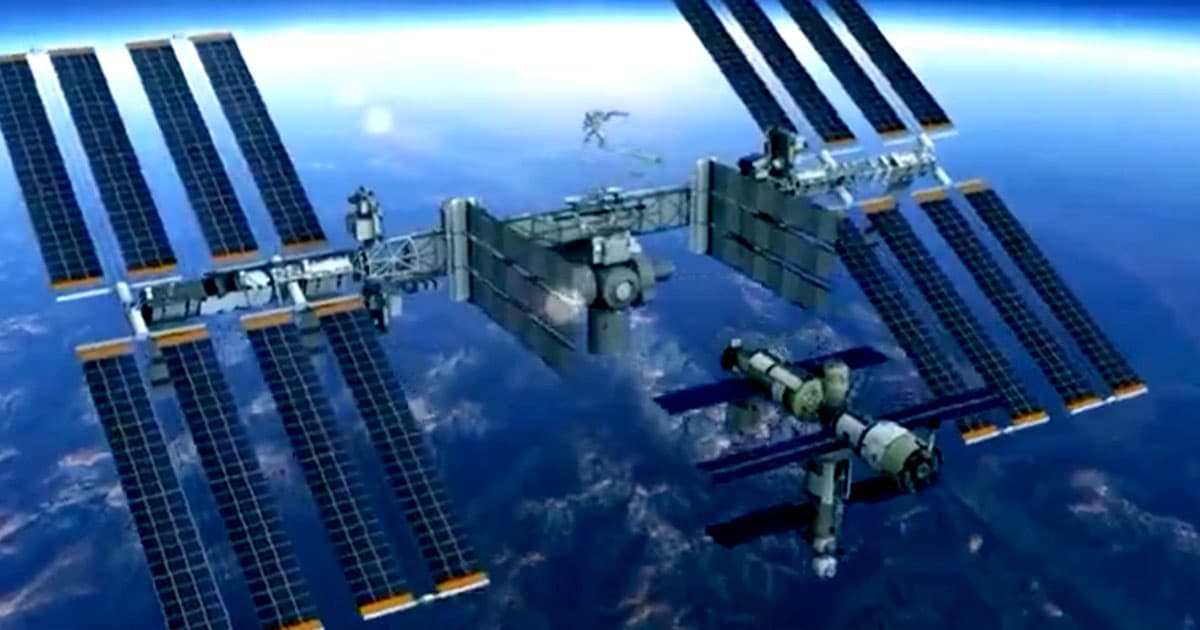 "I've literally trusted them with my life before."

"I've literally trusted them with my life before."

NASA and the Russian space program Roscosmos are longtime collaborators. They built the International Space Station together, and between when NASA retired the Space Shuttle in 2011 and SpaceX started successfully ferrying astronauts to the International Space Station in 2020, NASA had to rely entirely on Russian-made Soyuz spacecraft to get its personnel into orbit.

But ever since Russia invaded Ukraine — and was targeted by rounds of new sanctions from across the world — relations have soured.

Things have gotten so out of hand, in fact, that Russian space chief Dmitry Rogozin shared a bizarre video late last month that seemed to threaten to detach the country's entire segment from the ISS completely.

Now, a former NASA astronaut is pointing out that the video seemed to contain a further threat — because when the segment detaches in the clip, it appears to leave NASA astronaut Mark Vande Hei, who's currently scheduled to return to Earth in a Russian spacecraft, stranded in space.

"I was just enraged that he, the [cosmonauts], said that they were going to leave an American crew member behind," former NASA astronaut Scott Kelly told ABC News.

The apparent threat has Kelly rattled.

"I've known [people at the Russian Space Agency], many of them for well over two decades, I trust them," Kelly said.

"I've literally trusted them with my life before," he said, adding that the US should "prepare for the worst" and "hope for the best."

After all, Russian and American cooperation on board the aging station has been going on for over two decades now.

"Space is hard and space is dangerous," former NASA astronaut Cady Coleman told ABC News. "And in my experience... with our Russian partners it means sitting down, having a meal together."

It's an unfortunate situation that has driven a deep wedge between NASA and its Russian counterpart. Whether these scars will ever heal and international cooperation in space can resume is still unclear.

But given Rogozin's repeated lashing out at his former partners, it's unlikely to happen under his leadership.