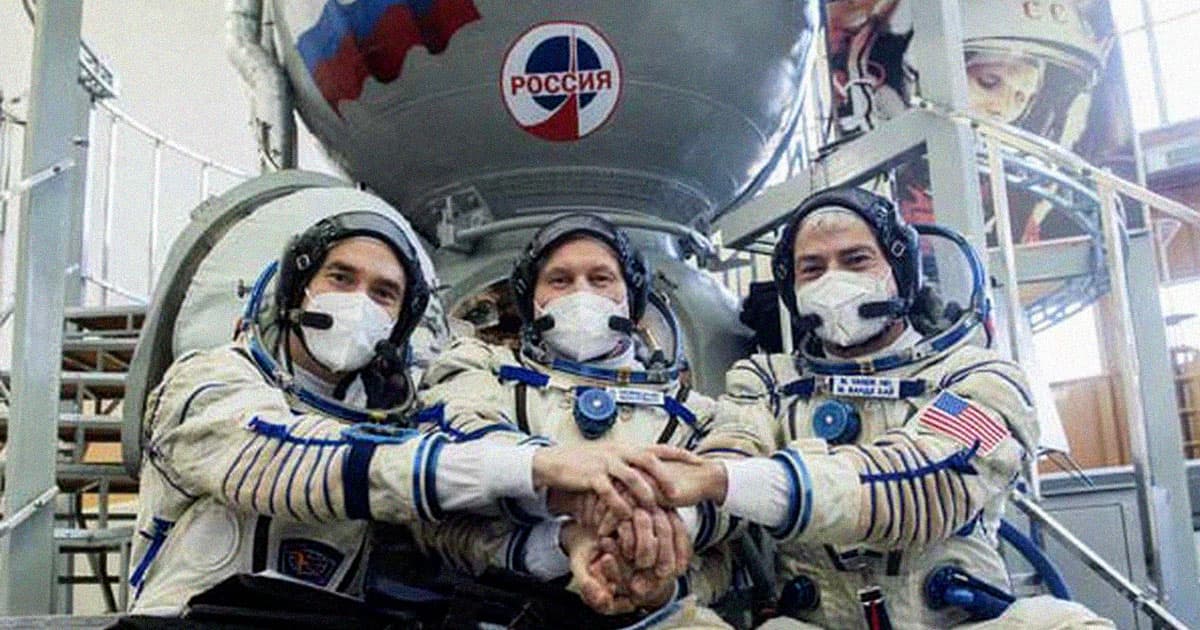 Awkward! A NASA Astronaut Is Currently Scheduled to Fly Back to Earth in a Russian Spacecraft

NASA astronaut Mark Vande Hei, currently stationed on board the International Space Station, is scheduled to return to Earth in a Russian Soyuz spacecraft — an awkward predicament, given the extraordinarily tense situation between Russia and the United States developing back on the ground.

The international space community has been actively distancing itself from Russia after the country invaded Ukraine, a growing humanitarian crisis of devastating proportions. But for many years, Russia's Soyuz rockets were the de facto way to send astronauts to and from the ISS, especially since NASA retired the Space Shuttle back in 2011.

That's started to change over the past few years, with SpaceX's Crew Dragon shifting the power dynamics by letting NASA send astronauts to the station directly again. But Vande Hei got to the station on a Soyuz last year, meaning it'll be his trip home as well. Let's just hope he's good at small talk.

One possibility to avoid the awkward trip was that Vande Hei could crowd into Axiom Space's upcoming private Ax-1 mission on its return from the station. But a space reporter asked NASA whether that was being considered and they said "no."

NASA has repeatedly claimed operations on board the International Space Station are going fine, despite all the tension back on Earth. That sentiment stands in stark contrast with recent comments made by Dmitry Rogozin, head of Russia’s space corporation Roscomos, who appeared to threaten the US last week with the ISS dropping out of orbit uncontrollably.

It's a precarious situation, given that the ISS is the product of decades of collaboration between the US and Russia. For now, it looks like Vande Hei will have to board a Soyuz rocket to end his astonishingly long 355 day stint on board the orbital outpost.

In all likelihood, though, he'll be one of the last NASA astronauts to rely on a Soyuz trip — both because of SpaceX's increasing prowess and because of breaking-point tensions between the US and Russia.

More on the situation: There’s a Reason NASA Doesn’t Have to Submit to Russia: SpaceX