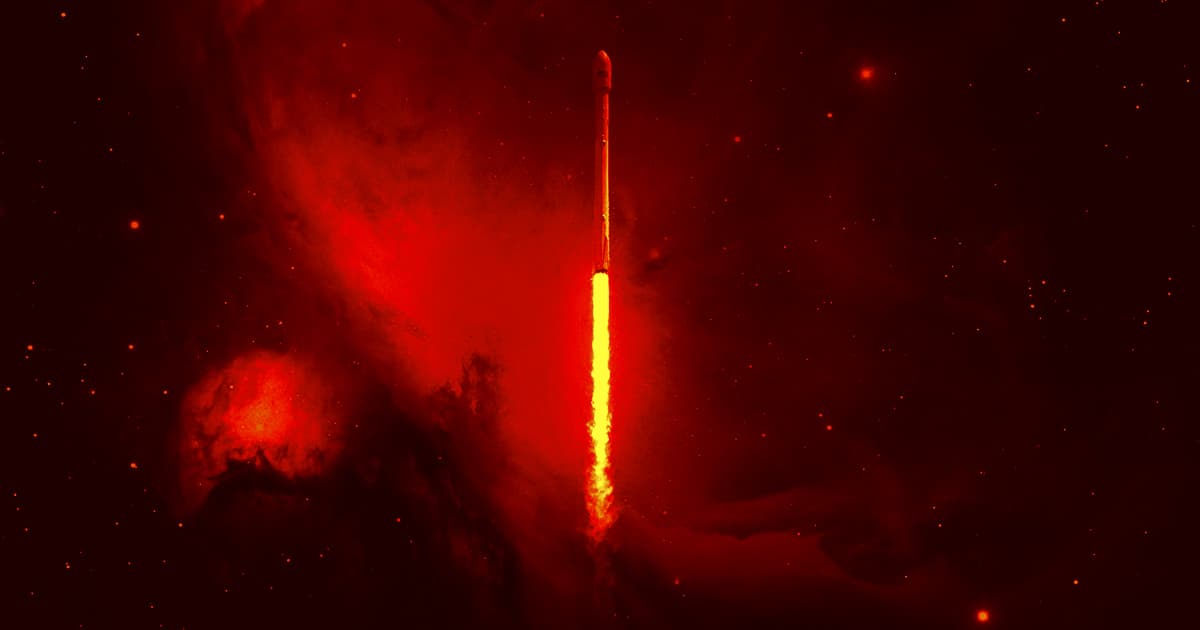 It's official: U.S. President Donald Trump signed an executive order Tuesday for the creation of a "U.S. Space Command."

The idea is to "streamline command and control of time-sensitive operations" and "consolidate space operations under a single authority" under a newly created Space Command, according to CNN. It could also be a response to what news outlets have called a "space arms race." U.S. politicians have raised concerns, for example, over world powers like China and Russia developing possible anti-satellite technology.

The Trump Administration has been advocating for a "Space Force" — an all-out military branch — since President Trump first introduced the concept back in March.

"It is not enough to have an American presence in space," said U.S. Vice President Mike Pence during a speech at the Pentagon in August, for instance. "We must have American dominance in space,"

The Space Command could be laying the groundwork for the Space Force. It'll be cheaper, for one thing: the AP reports it'll cost just $800 million over five years, compared to a projected $13 billion for the Space Force over the same period.

The executive order could also be a concession to political reality. Congress's Spending Bill for 2019 didn't include any funding for a Space Force, so it will be at least a year until we could see such a branch created under the U.S. military's command.

And the new Space Command won't be the first in the U.S: the country founded its first Space Command in 1985, the AP pointed out, which was disbanded in 2002 in the aftermath of the 9/11 terrorist attacks, when attention was refocused to homeland security.

More on the Space Force: Here’s How President Trump and His VP Plan to Get Their Space Force

Read This Next
A Whole Saga
US Government Confirms That Interstellar Object Crashed Into the Earth
Rain Check
Military Satellite Launch Delayed After Fuel Leak
Wait, What?
House Committee Kills "Space Force" in Favor of "Space Corps"
Futurism
Creating a Space Force Could Trigger an Off-World Arms Race
Futurism
The US May Soon Have The World’s First Space Force
More on Off World
Killernova
Yesterday on the byte
Scientists Find "One in Ten Billion" Star System Primed to Explode in Titanic Kilonova
Lonely Planet
Feb 5 on futurism
Scientists Find Nearby Planet the Same Size of Earth, Plan to Search It for Life
Take Cover
Feb 4 on the byte
Space Startup Blows Up Another Giant Inflatable Space Station Module
READ MORE STORIES ABOUT / Off World
Keep up.
Subscribe to our daily newsletter to keep in touch with the subjects shaping our future.
+Social+Newsletter
TopicsAbout UsContact Us
Copyright ©, Camden Media Inc All Rights Reserved. See our User Agreement, Privacy Policy and Data Use Policy. The material on this site may not be reproduced, distributed, transmitted, cached or otherwise used, except with prior written permission of Futurism. Articles may contain affiliate links which enable us to share in the revenue of any purchases made.
Fonts by Typekit and Monotype.