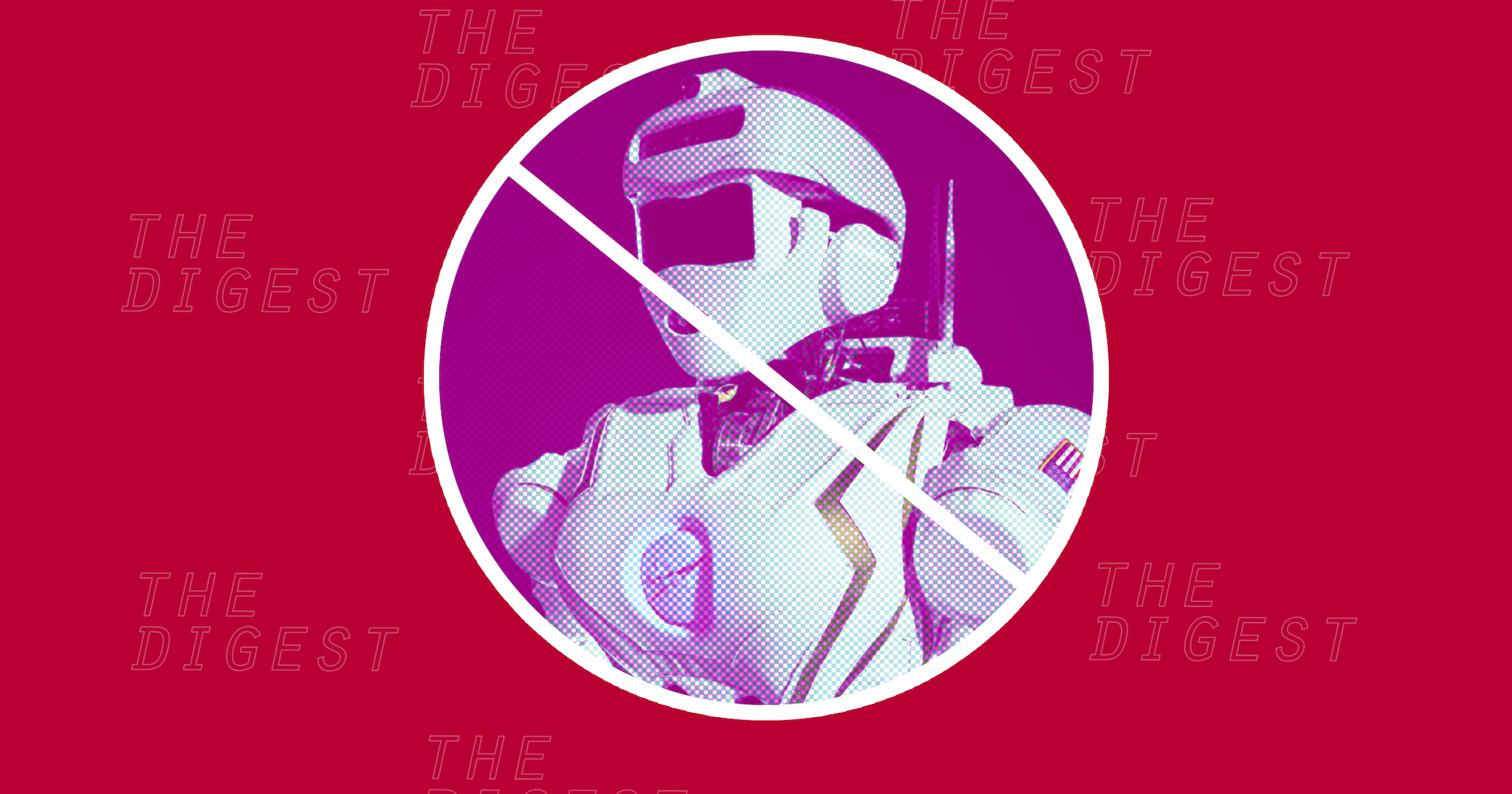 SORRY, DON. President Donald Trump has made it clear: he wants his legacy to include establishing the world's first space force, a military branch dedicated to off-world conflicts. Congress, however, doesn't appear so keen on the idea — at least not right now.

On Monday, Congressional lawmakers agreed on a defense spending bill for the fiscal year 2019. The bill directs the office of the secretary of defense to “develop a space warfighting policy." What it doesn't do is make any mention of a "space force."

The House and Senate will vote on the bill this summer, and if it passes, it'll move to President Trump's desk to sign into law.

KICKING THE CAN. A U.S. space force will remain a pipe dream unless it garners support of those in Congress; they're the only ones with the authority to establish and fund a new branch of the nation's armed forces.

Still, the omission from the 2019 bill could have more to do with timing than Congress' actual opinion on the matter. Trump only gave the order to establish the branch in June, weeks after the administration submitted most of its other proposals for the bill, a White House official told The Atlantic.

CYBER WARFARE. While the bill didn't include any mention of a space force, it did include something else groundbreaking: the establishment of the U.S.'s first policy on cyber warfare. There have been a growing number of these kinds of attacks in recent years (compared to the number of space attacks, which have so far been zero). So it's not entirely surprising that Congress is choosing to first focus on that very immediate threat before committing resources to defending our interests in space.

READ MORE: Trump’s Space Force Will Have to Wait [The Atlantic]

More on the space force: The US May Soon Have The World’s First Space Force

Rain Check
Military Satellite Launch Delayed After Fuel Leak
12. 6. 21
Read More
Lies and Deflection
NASA and SpaceX Employees Reportedly Furious at Trump Admin
6. 5. 20
Read More
Wait, What?
House Committee Kills "Space Force" in Favor of "Space Corps"
6. 13. 19
Read More
+Social+Newsletter
TopicsAbout UsContact Us
Copyright ©, Camden Media Inc All Rights Reserved. See our User Agreement, Privacy Policy and Data Use Policy. The material on this site may not be reproduced, distributed, transmitted, cached or otherwise used, except with prior written permission of Futurism. Articles may contain affiliate links which enable us to share in the revenue of any purchases made.
Fonts by Typekit and Monotype.