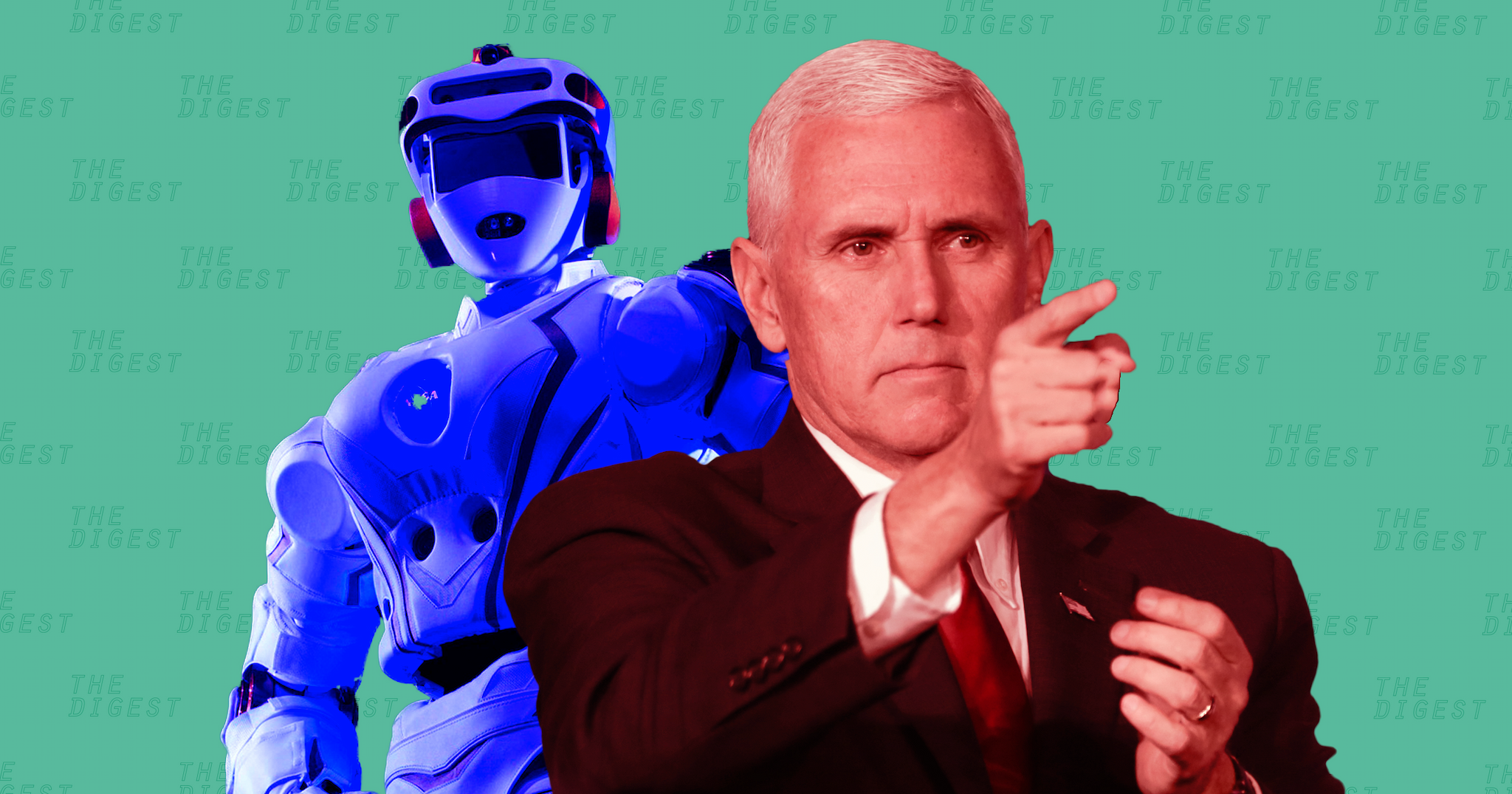 The Vice President outlines the first four steps in the plan.

The Vice President outlines the first four steps in the plan.

WHAT THE DONALD WANTS... U.S. President Donald Trump is not giving up on his dream of a Space Force, Congressional budget be damned. On Thursday, Vice President Mike Pence delivered a speech at the Pentagon stating the case for a new military branch focused on defending America's interests in space and laying out a plan to bring it to fruition.

"The time has come to establish the United States Space Force, and that's what brings us here today," said Pence. He then revealed that the Department of Defense would release a report later in the day outlining the steps needed to create this new military branch.

THE PLAN. According to Pence, the report includes the first four actions the administration will take to establish the Space Force. Those are:

THE GOAL. According to Pence, "It is not enough to have an American presence in space. We must have American dominance in space." The Trump administration believes the Space Force will allow it to accomplish that goal, and the nation now has at least the beginnings of a plan to bring its fifth military branch to fruition.

Rain Check
Military Satellite Launch Delayed After Fuel Leak
12. 6. 21
Read More
Lies and Deflection
NASA and SpaceX Employees Reportedly Furious at Trump Admin
6. 5. 20
Read More
Wait, What?
House Committee Kills "Space Force" in Favor of "Space Corps"
6. 13. 19
Read More
+Social+Newsletter
TopicsAbout UsContact Us
Copyright ©, Camden Media Inc All Rights Reserved. See our User Agreement, Privacy Policy and Data Use Policy. The material on this site may not be reproduced, distributed, transmitted, cached or otherwise used, except with prior written permission of Futurism. Articles may contain affiliate links which enable us to share in the revenue of any purchases made.
Fonts by Typekit and Monotype.