The Commission is hoping the fine will deter others. 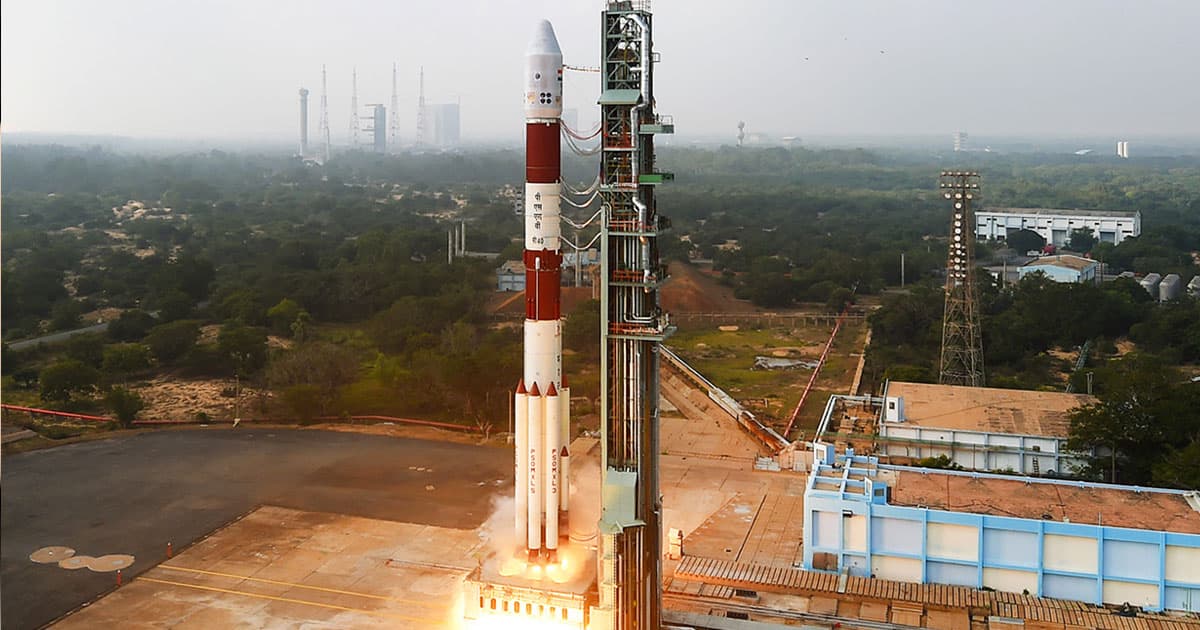 It was only a matter of time until spacetech startup Swarm Technologies had to face the music.

In December 2017, the company asked the U.S. Federal Communications Commission (FCC) for permission to launch its four small "SpaceBEE" satellites into space. It never got that authorization — but launched them anyway on January 12, 2018 aboard the Indian rocket PSLV-C40.

And now we know what happens when a space startup goes rogue. Yesterday, Swarm was slapped with a substantial $900,000 fine as part of a settlement with the FCC for an "unauthorized satellite launch" according to official filings.

The FCC was already hot on the company's heels. It had reportedly been investigating Swarm since at least March.

The satellites launched to serve as a global communications gateway for "internet of things" applications. "By providing connectivity to people and devices in remote regions, Swarm makes data accessible to everyone, everywhere on earth," Swarm's official website reads.

Back in March, Quartz suggested that Swarm's launch was "likely the first time a private organization has launched spacecraft without the explicit approval of any government."

FCC commissioner Michael O'Reilly said the fine might not be enough to "deter future behavior," but that the hope was that enough "negative press coverage" would prevent others from doing the same according to an official statement.

The unauthorized launch was such a controversial move that even Swarm's CEO came to regret. In September, CEO Sara Spangelo said that launching the satellites anyway was "a mistake" in an interview with The Atlantic.

"I feel terrible for the confusion and the additional regulation that we may see come," she said. "It’s a very difficult situation, and we’ve done everything we can to resolve the issues to move forward positively."

Regardless of the investigation and subsequent settlement, the four SpaceBEE satellites are now in orbit, oblivious to the drama they've caused back on Earth.

More on Swarm: The FCC May Penalize Companies That Launch Tiny Rogue Satellites, After All

Read This Next
Oh Brother!
Surprise! The ISS Is Still at Risk From Russian Weapon Test
Spotted
Mystery Object Detected Near Chinese Satellite
Extreme Makeover Satellite Edition
World's First: Spacecraft Docks to Commercial Satellite In Orbit
Bright Night
Pepsi Plans to Project a Giant Ad in the Night Sky Using Cubesats
Killer Asteroid 2020
A Startup Is About to Launch a Satellite Full of Fake Shooting Stars
More on Off World
Not It
Yesterday on the byte
SpaceX Replacing Defective Heat Shield Before Next Astronaut Launch
Not a Satellite
Yesterday on the byte
Scientists Intrigued by Strange Lights in Old Space Photos
Gourmet Roach
Yesterday on the byte
Someone's Selling NASA Moon Dust That Got Eaten By Cockroaches
READ MORE STORIES ABOUT / Off World
Keep up.
Subscribe to our daily newsletter to keep in touch with the subjects shaping our future.
+Social+Newsletter
TopicsAbout UsContact Us
Copyright ©, Camden Media Inc All Rights Reserved. See our User Agreement, Privacy Policy and Data Use Policy. The material on this site may not be reproduced, distributed, transmitted, cached or otherwise used, except with prior written permission of Futurism. Fonts by Typekit and Monotype.