It might be economically feasible — but it's a terrible idea. 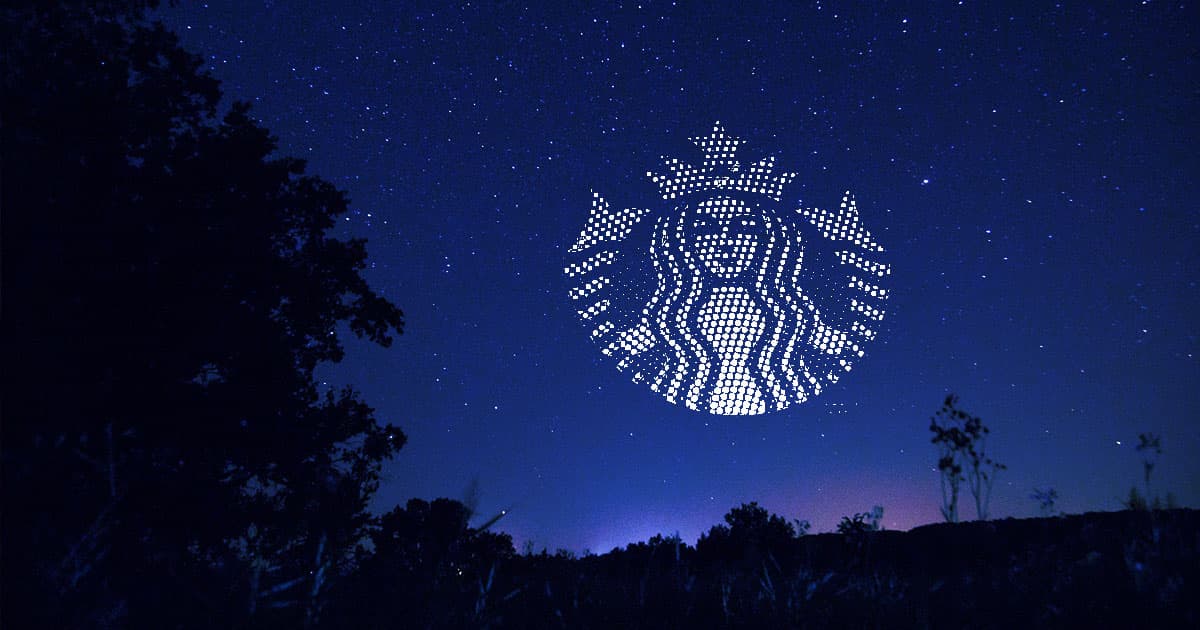 Russian researchers are suggesting we could send hordes of satellites into space to display commercials in the night sky over cities by reflecting sunlight in vast formations.

It's a deeply obnoxious vision of the future that's bound to irritate astronomers — who are already struggling with highly reflective satellite constellations ruining their observations — as well as anyone who appreciates an unobstructed view of the night sky.

In a new paper published in the journal Aerospace, researchers from the Moscow-based technical institute Skoltech and the Moscow Institute of Physics and Technology concluded that sending a formation of satellites into orbit to display commercials above population centers could not only be feasible, but cost a mere $65 million per mission.

"We’ve been studying some of the more technical aspects of space advertising for a while now," said first author Shamil Biktimirov, a research intern at Skoltech’s Engineering Center, in a statement. "This time we looked at the economic side of things and, as unrealistic as it may seem, we show that space advertising based on 50 or more small satellites flying in formation could be economically viable."

Each individual "pixel" or satellite of the space billboard would have to be pretty massive to reflect enough light and make the whole thing financially feasible.

Biktimirov suggested each cubesat satellite could be as large as a 350-square-foot solar sail, referencing the area of LightSail 2, the largest solar sail to have ever been sent to space so far.

Biktimirov and his colleagues calculated that revenues would depend on a number of factors, including "cloudiness, cold weather keeping folks indoors, and the city’s demographic composition."

The satellites wouldn't be displaying a single ad from a single brand, rotating through a number of different ads over the next most profitable city within reach.

But the approach has one big drawback as well. Since the satellites work by reflecting sunlight, they'd only really be visible around sunrise and sunset, and not at night.

That could also stop these satellites from messing with ground-based observations of the night sky, the researchers conclude in their paper.

But under ideal circumstances, they claim, a 91 day campaign could generate $111 million after expenses.

Would brands even be willing to take a plunge, though, by using their slogans and logos to litter the sky? If past efforts are anything to go by, that's far from a given.

"We are ruled by brands and events," project leader Vlad Sitnikov told Futurism at the time. "The Super Bowl, Coca Cola, Brexit, the Olympics, Mercedes, FIFA, Supreme and the Mexican wall. The economy is the blood system of society."

Three months later, StartRocket announced it had signed a contract with PepsiCo to send an "orbital billboard" into space — but the beverage maker revealed soon after that it had dropped any plans to pursue such a venture with the startup.

The idea of sending microsatellites into orbit purely to have them display advertisements has already proven controversial to say the least, with astronomers advocating "for a night sky that is free of this kind of activity and remains as accessible to all humanity as possible," as University of Michigan astronomer Patrick Seitzer told Astronomy back in 2019.

Whether advertisers will be willing to be associated with such a practice remains to be seen — but it's probably unlikely.

Read This Next
Sabers Rattled
Russia Issues Veiled Threat to Shoot Down Pesky SpaceX Satellites
Oh Brother!
Surprise! The ISS Is Still at Risk From Russian Weapon Test
Spotted
Mystery Object Detected Near Chinese Satellite
Extreme Makeover Satellite Edition
World's First: Spacecraft Docks to Commercial Satellite In Orbit
Space Disgrace
After Backlash, Pepsi Says It Never Planned a Space Billboard
More on Off World
Watery Grave
Nov 22 on the byte
Chinese Military Forcefully Seizes Debris That Philippines Recovered After It Fell From Space
Jetsam
Nov 22 on the byte
Lunar Lander Released by NASA’s Artemis 1 Mission Dies
Not Not Accurate
Nov 21 on the byte
Bad Guy in New "Indiana Jones" Movie Is Nazi Who Works at NASA
READ MORE STORIES ABOUT / Off World
Keep up.
Subscribe to our daily newsletter to keep in touch with the subjects shaping our future.
+Social+Newsletter
TopicsAbout UsContact Us
Copyright ©, Camden Media Inc All Rights Reserved. See our User Agreement, Privacy Policy and Data Use Policy. The material on this site may not be reproduced, distributed, transmitted, cached or otherwise used, except with prior written permission of Futurism. Articles may contain affiliate links which enable us to share in the revenue of any purchases made.
Fonts by Typekit and Monotype.