Surprise! The ISS Is Still at Risk From Russian Weapon Test 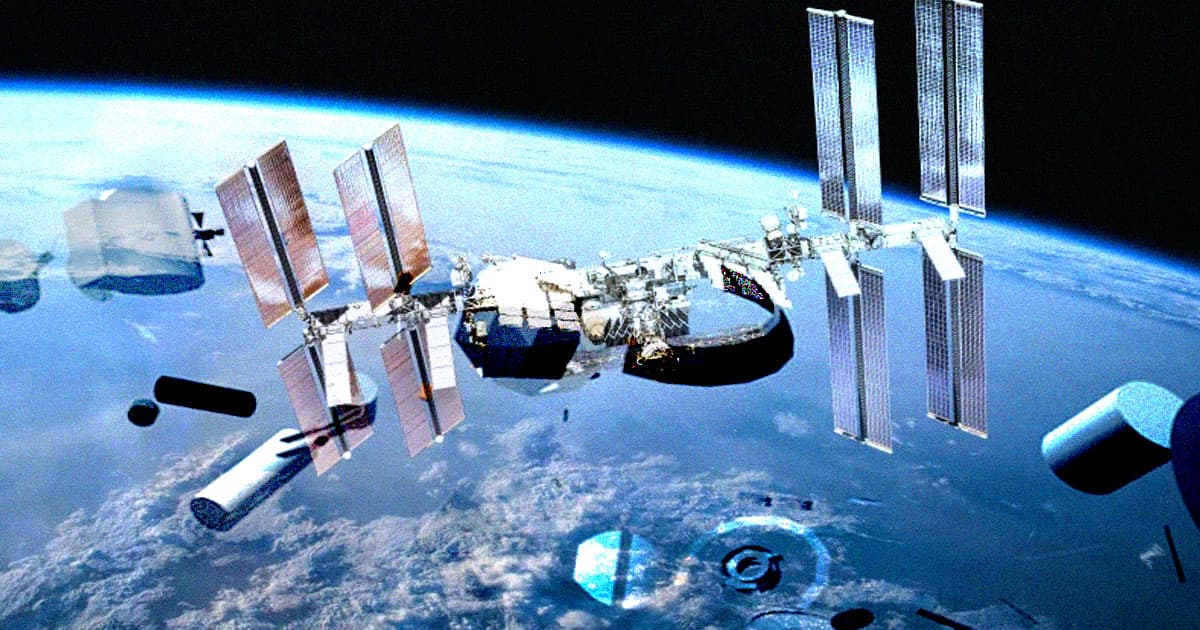 In a twist absolutely no one could have seen coming, NASA says the International Space Station (ISS) is still at a heightened risk of colliding with space debris after Russia blew up a satellite with a missile earlier in the week.

NASA said in a statement to the Associated Press that although "the highest threat to the station and its seven residents was in the first 24 hours" after Russia's surprise weapons test on Monday, there's still enough risk to reconsider an upcoming spacewalk.

As the AP's report noted, there are more than 1,500 satellite fragments from the blast being tracked by NASA, but it's possible that there are possibly still "hundreds of thousands" of pieces that are too small to see from Earth.

Russia's antisatellite test led to panic and confusion Monday as the world learned of the threat to the ISS and its seven inhabitants before learning of the military activity that caused it. For most of the day, all we knew on Earth was that ISS astronauts were forced to shelter in place inside their docked spaceships as they maneuvered out of the way of a cloud of mysterious space junk.

In spite of endangering its own cosmonauts, Russia defended the antisatellite test, calling it a "successful" launch and falsely claiming that space junk doesn't "pose any threat to space activities."

While the ISS may be out of the proverbial woods for now, the problem of space debris clouds won't go away on its own.

Just a few days prior to Russia's weapon's test, the ISS had to rush to avoid yet another cloud of satellite fragments, this time from a Chinese antisatellite test that took place more than 10 years ago.

Even worse would be Kessler syndrome, which predicts that collisions in Earth's orbit — like missiles and the satellites they blow up — could create a cascade of space junk that smashes into more orbital debris, creating even more space junk, ad infinitum. The phenomenon could, theoretically, turn Earth's entire orbit into a whirling death machine that prevents further space travel indefinitely.

As more satellites enter orbit and the US, China, and Russia continue to play chicken with antisatellite weaponry tests, the possibility of a huge cloud of unnavigable space trash orbiting Earth seems nigh — and that's terrible news for the ISS and any other civilian space exploration projects.

Read more: "What to Know About Kessler Syndrome, the Ultimate Space Disaster" [Gizmodo]

Read This Next
Space Billboards
Russian Scientists Propose Plan to Launch Huge Advertisements Into Orbit Over Cities
Sabers Rattled
Russia Issues Veiled Threat to Shoot Down Pesky SpaceX Satellites
Don't let the door hit you
Elon Musk Lobs Casual Space Station Burn at Moscow
Sad ROSS
Russia's New Space Station Gets Sadder the More We Hear About It
Buh Bye
Russia Says It's Definitely Quitting the ISS But Doesn't Say When Exactly
More on Off World
Drama Bomb
Wednesday on the byte
European Space Agency Halts Plans to Send Astronauts to Chinese Space Station
Futurism
Wednesday on the byte
Asteroid Mining Startup About to Launch First Mission
Carry On, Wayward...
Wednesday on the byte
NASA Says Lucy Spacecraft Will Forge Ahead With Busted Solar Array
READ MORE STORIES ABOUT / Off World
Keep up.
Subscribe to our daily newsletter to keep in touch with the subjects shaping our future.
+Social+Newsletter
TopicsAbout UsContact Us
Copyright ©, Camden Media Inc All Rights Reserved. See our User Agreement, Privacy Policy and Data Use Policy. The material on this site may not be reproduced, distributed, transmitted, cached or otherwise used, except with prior written permission of Futurism. Articles may contain affiliate links which enable us to share in the revenue of any purchases made.
Fonts by Typekit and Monotype.