Russia Says Actually It's Fine That It Blew Up a Satellite, Filled Orbit With Deadly Space Junk

The "resulting fragments do not pose any threat to space activities." 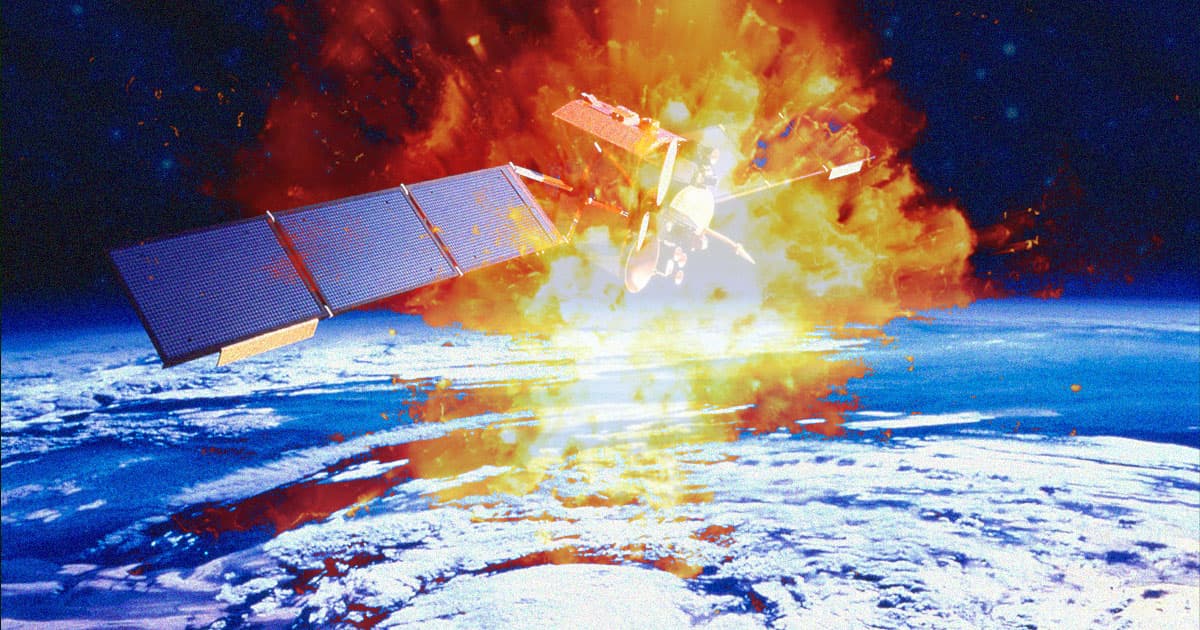 Russia blew up an out-of-commission satellite this week, sending over 1,500 pieces of shrapnel hurtling. It was an unexpected test that could have some serious consequences, endangering not only the lives of NASA astronauts but Russian cosmonauts aboard the International Space Station as well.

"It is unthinkable that Russia would endanger not only the American and international partner astronauts on the ISS," NASA administrator Bill Nelson said in a statement today, "but also their own cosmonauts."

Now, Russia's Ministry of Defense is defending its reckless actions. Sergei Shoigu, minister-general of Russia's army, claimed in a statement that the resulting "fragments do not pose any threat to space activities," as translated by Google. Shoigu also called the test "successful," in a dubious choice of words.

Russia's space agency Roscosmos also issued a statement on Twitter, claiming that the cloud of debris was nowhere near the orbit of the ISS.

"Dozens of joint flights to the Mir orbital station and the International Space Station have created the conditions for reliable cooperation and international collaboration even in the most complex situations," Roscosmos said in a separate statement. "Ensuring crew safety has always been and remains our top priority."

The statement sounds especially hollow given the circumstances. Forcing astronauts to hunker down after testing a weapon capable of kickstarting a space war is arguably the opposite of "ensuring crew safety."

Roscosmos head Dmitry Rogozin reportedly sat down with Nelson today to talk the situation over on the phone.

"In short, in Russian, we are moving on, ensuring the safety of our crews on the ISS, and building joint plans," he wrote in a tweet, as translated by Google.

"It's critical that we ensure the safety of our people and assets in space — now and into the future," Nelson said.

In other words, given the carefully worded statements, it's starting to sound unlikely the US will retaliate.

Despite the muted political chatter, Russia has also fractured any remaining good will with any potential private industry partners keen on expanding their activities into space.

After all, needlessly cluttering our planet's already cluttered orbit with debris doesn't just impact operations on the ISS. And we've already seen what happens when pieces of space junk collide with satellites.

Russia appears to be actively distancing itself from the international space community. The news comes after Russian officials confirmed in April that the country will abandon the ISS around 2025.

Roscosmos has also turned a cold shoulder to collaborating with NASA in its efforts to return the first astronauts to the Moon since the Apollo missions.

And now, the country has drawn a line in the sand with its anti-satellite test. Whether its actions will lead to real world consequences remains to be seen, however.

More on the situation: US Agencies, Military Rush to Condemn Russia Blowing Up Satellite