And it could reveal secrets about the origins of our universe. 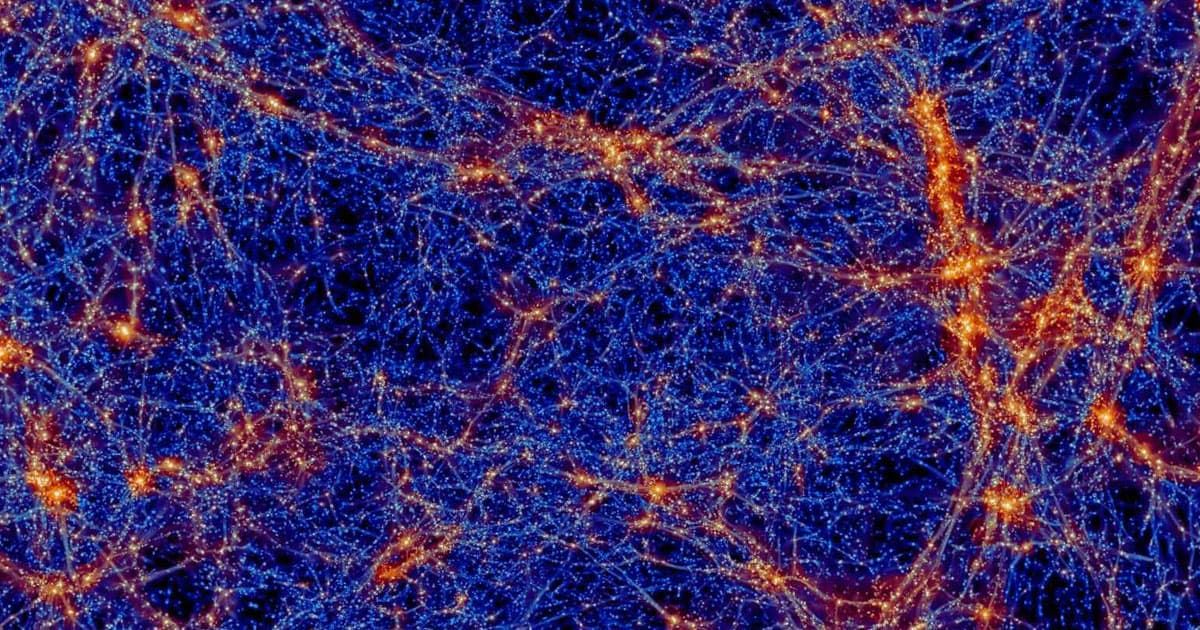 Astronomers at the M. Keck Observatory on Maunakea, Hawaii made an incredible discovery earlier this month. It was a rare relic of the ancient universe: a "fossil cloud" of gas created around the time of the Big Bang.

The extraordinary discovery could provide new information about the origins of the universe and its early composition — including why certain stars and galaxies formed from gases and others didn't.

The group was led by Fred Robert and Michael Murphy, both at Swinburne University of Technology in Melbourne. Their results are about to be published in an astronomical journal called Monthly Notices of the Royal Astronomical Society, but they've also made them available on the preprint server arXiv.

"Everywhere we look, the gas in the universe is polluted by waste heavy elements from exploding stars," said Robert in a statement on the Keck Observatory's website. "But this particular cloud seems pristine, unpolluted by stars even 1.5 billion years after the Big Bang."

The team used two M. Keck Observatory spectrometers — think of them as extremely sensitive and complex cameras — that have been used to discover exoplanets in the past.

The astronomers spotted the fossil cloud because of an extremely bright quasar — a celestial object that emits large amounts of energy — behind it. The spectrometer readings found the cloud to be extremely low in density, leading them to believe it was a "true relic of the Big Bang," according to Robert, since they remained almost entirely unaffected by exploding star particles that fill the rest of the galaxy.

Tip of the Iceberg

And many more such fossil clouds could be discovered in the future thanks to this particular discovery — the first two fossil clouds were actually found by accident in 2011 — Robert and his team knew to look for this third one.

"It's now possible to survey for these fossil relics of the Big Bang," said Murphy. "That will tell us exactly how rare they are and help us understand how some gas formed stars and galaxies in the early universe, and why some didn't."

More on the Big Bang: An Ancient Star Reveals Our Galaxy Is Older Than We Thought

Read This Next
Bangs and Bounces
Scientists Say Stuff Might Have Been Happening Before the Big Bang
Hubble Tension
Most Precise Measurements of the Universe Suggest That Something Is Very Wrong
Primordial Tap Water
The Early Universe Was a Vast Liquid Ocean, Scientists Say
Big Sky
Scientists Say New Experiment Will Determine "Fate of the Universe"
Really Really Really Old
Astronomers Puzzled By Ancient Milky Way-Like Galaxy 12 Billion Light-Years Away
More on Hard Science
Tractor Beam
Yesterday on the byte
Scientists Build Working Tractor Beam, Although It's Comically Tiny
Having a Blast
Jan 18 on the byte
New Study Shows Where You Should Hide to Survive a Nuclear Attack
Offworld Amino
Jan 15 on the byte
Scientists Find Building Blocks of Life in Meteor That Smashed Into Family's Driveway
READ MORE STORIES ABOUT / Hard Science
Keep up.
Subscribe to our daily newsletter to keep in touch with the subjects shaping our future.
+Social+Newsletter
TopicsAbout UsContact Us
Copyright ©, Camden Media Inc All Rights Reserved. See our User Agreement, Privacy Policy and Data Use Policy. The material on this site may not be reproduced, distributed, transmitted, cached or otherwise used, except with prior written permission of Futurism. Articles may contain affiliate links which enable us to share in the revenue of any purchases made.
Fonts by Typekit and Monotype.