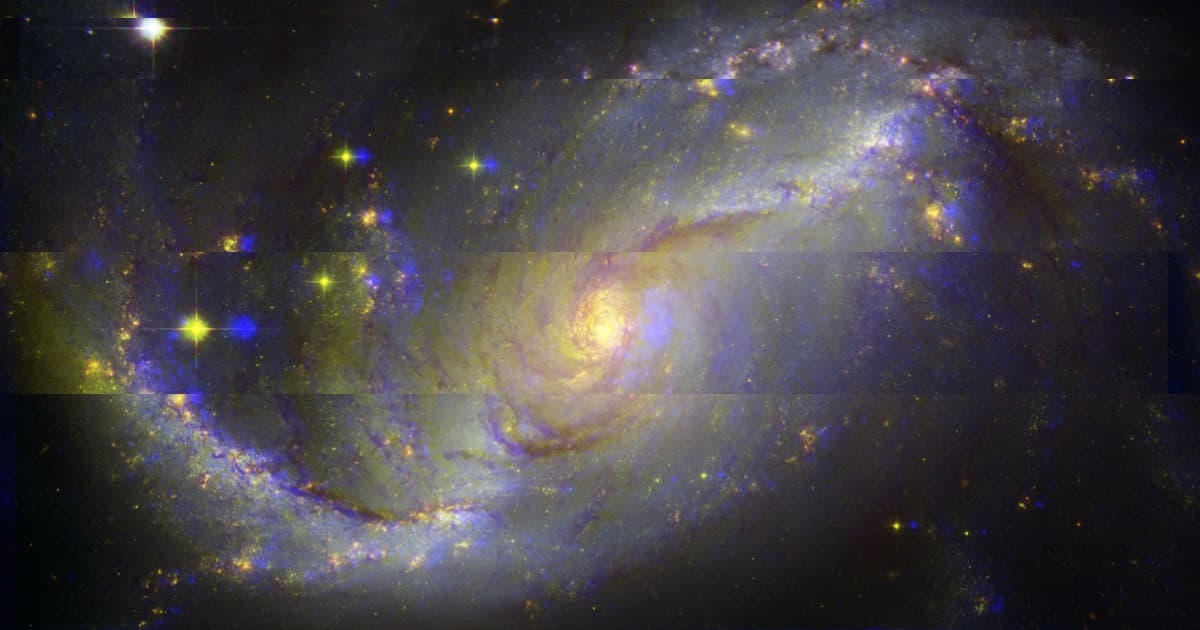 The Big Bang didn't just result in our familiar universe, according to a mind-bending new theory — it also generated a second "anti-universe" that extended backwards in time, like a mirror image of our own.

A new story in Physics World explores the new theory, which was proposed by a trio of Canadian physicists who say that it could explain the existence of dark matter.

The new theory, which is laid out in a recent paper in the journal Physical Review of Letters, aims to preserve a rule of physics called CPT symmetry. In the anti-universe before the Big Bang, it suggests, time ran backwards and the cosmos were made of antimatter instead of matter.

This new theory is compelling, according to a news release about the new theory, because it would mean that the universe is filled with "very massive sterile neutrinos" that could explain dark matter, a mysterious material that is believed to make up much of the universe.

By the researchers' own admission, according to Physics World, many details of the new theory still need to be hammered out. But co-author Neil Turok, of the Perimetery Institute for Theoretical Physics in Ontario, argued in an interview with the publication that the new theory is a strong one because it relies only on known particles and fields, instead of assuming that new ones will be discovered in the future.

"There is this frame of mind that you explain a new phenomenon by inventing a new particle or field," he told Physics World. "I think that may turn out to be misguided."

READ MORE: Our universe has antimatter partner on the other side of the Big Bang, say physicists [Physics World]

More on the dark matter: An Oxford Scientist May Have Solved the Mystery of Dark Matter

Read This Next
Quacks Like a Duck
Those Headlines About Scientists Building a Wormhole Are Total Nonsense, People
Dark Secrets
Scientists Just Detected the Oldest Dark Matter Ever Observed
Walled Up
Scientists Say Space Is Filled With Invisible Walls
Space Lumps
Scientists Say We May Be Extremely Wrong About the Universe
Turn Back Time
Scientists Say There May Be a Mirror Universe in Which Time Runs Backwards
More on Hard Science
Warped Tour
Feb 2 on futurism
Professor Believes Door to Warp Drive May Lie With Ethylene Glycol
Sky Bursts
Feb 2 on the byte
Astronomers Intrigued by 25 Mysterious Repeating Radio Signals From Deep Space
Tractor Beam
Jan 26 on the byte
Scientists Build Working Tractor Beam, Although It's Comically Tiny
READ MORE STORIES ABOUT / Hard Science
Keep up.
Subscribe to our daily newsletter to keep in touch with the subjects shaping our future.
+Social+Newsletter
TopicsAbout UsContact Us
Copyright ©, Camden Media Inc All Rights Reserved. See our User Agreement, Privacy Policy and Data Use Policy. The material on this site may not be reproduced, distributed, transmitted, cached or otherwise used, except with prior written permission of Futurism. Articles may contain affiliate links which enable us to share in the revenue of any purchases made.
Fonts by Typekit and Monotype.