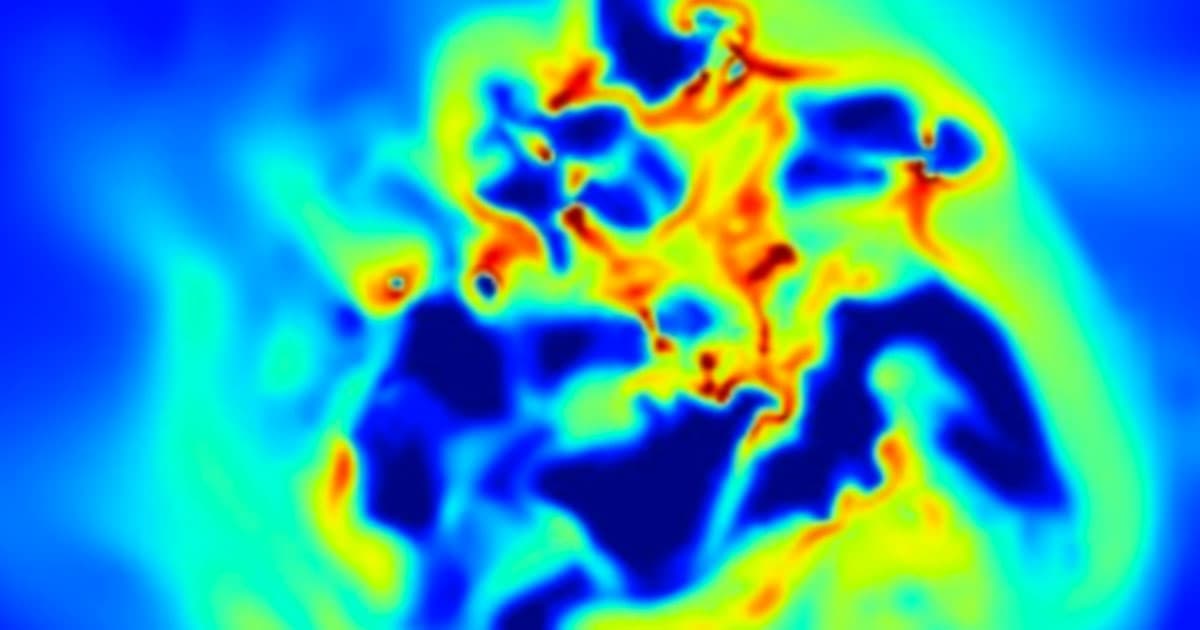 New Finding Could Be "Smoking Gun" in Understanding Dark Matter

It could help us nail down the nature of the mysterious material.

It could help us nail down the nature of the mysterious material.

Experts are hopeful that a new study on how dark matter moves through galaxies could finally lead to an understanding of the mysterious substance.

"This study may be the 'smoking gun' evidence that takes us a step closer to understanding what dark matter is," co-author Matthew Walker, a Carnegie Mellon University professor, said in a press release. "Our finding that it can be heated up and moved around helps to motivate searches for a dark matter particle."

In the new paper, published in the journal Monthly Notices of the Royal Astronomical Society, Walker and colleagues at the University of Surrey and ETH Zürich analyzed data about the distribution of dark matter — a mysterious and seemingly invisible substance that is believed to comprise the overwhelming majority of mass in the universe — in 16 dwarf galaxies.

"We found a truly remarkable relationship between the amount of dark matter at the centres of these tiny dwarfs, and the amount of star formation they have experienced over their lives," said co-author Justin Read of the University of Surrey. "The dark matter at the centres of the star-forming dwarfs appears to have been 'heated up' and pushed out."

Though it sounds esoteric, the report's authors say that the finding is an exciting new clue that could lead to a better understanding of dark matter. Future models that explain the mysterious substance, they say, will need to account for why new star formation pushes it to the edges of galaxies, narrowing down the field for new theories.

It could even lead to new techniques, Walker said, that scientists could use to identify a dark matter particle — a Holy Grail of experimental physics.