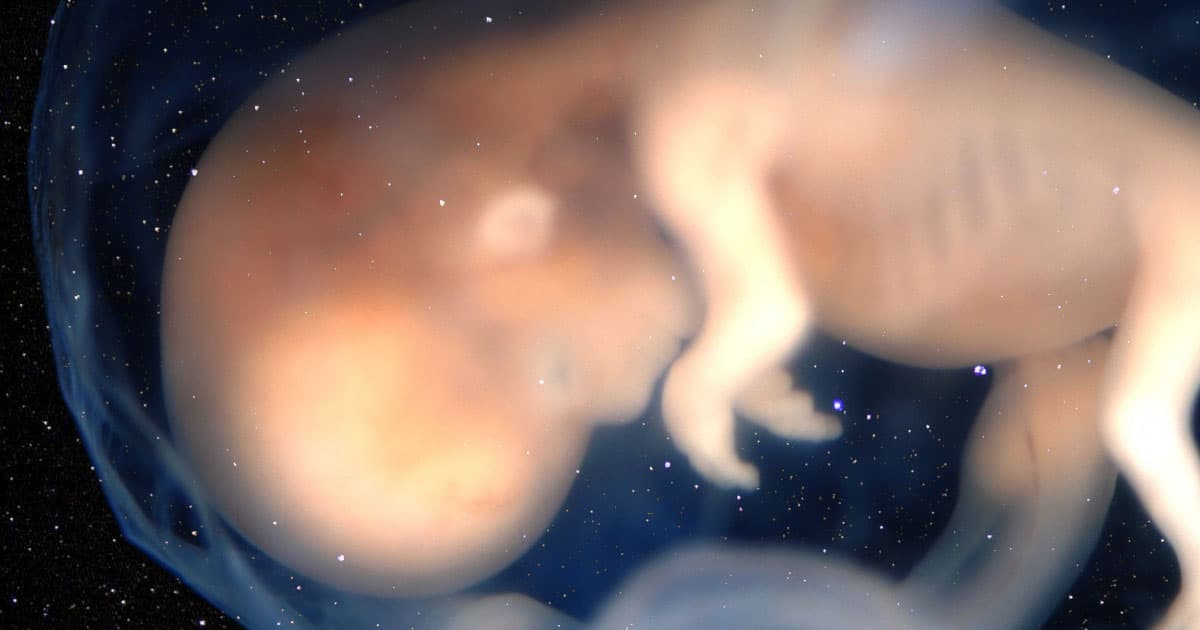 The first off-world baby could be born as soon as 2024.

The first off-world baby could be born as soon as 2024.

Childbirth is stressful enough for many women. But for one brave mother-to-be, it'll be even more so — because she'll be giving birth in space.

In October, the Netherlands-based company announced its Missions Program 2020-2024, a program culminating with the live birth of a human baby aboard a spacecraft positioned 250 miles above Earth — and according to one of the company's execs, the success of the mission could affect our plans for off-world colonization.

On Wednesday, The Atlantic published a story about SpaceLife Origin. In it, Egbert Edelbroek, the company's Chief Strategy and Innovation Officer, argues that humanity needs to figure out off-Earth reproduction if it ever hopes to colonize other worlds.

"Human settlements outside of Earth would be pretty pointless without learning how to reproduce in space," Edelbroek told the magazine.

Over the next five years, the company will complete a series of missions all designed to fill this knowledge gap and prepare humanity for off-world reproduction. According to a press release, these include a plan to send human reproduction cells to space as "insurance" in case of a catastrophe on Earth and the development of a "Space-Embryo-Incubator" capable of fertilizing and developing embryos in space.

The final step in the plan is sending a pregnant volunteer and a team of medical professionals into space on a 24- to 36-hour-long mission during which she'll give birth.

As pointed out in the Atlantic piece, this plan sounds like a logistical nightmare — imagine doctors trying to administer an epidural in zero-gravity while blobs of bodily fluids float around the capsule. SpaceLife Origin is also likely to hit a host of regulatory hurdles and face serious ethical backlash by those concerned for the safety of the mother and child.

Still, it's hard to argue Edelbroek's point that eventually we are going to need to figure out the logistics of giving birth in space if we want to become an interplanetary species — and the process could start as soon 2024 with a single volunteer.

More on off-world colonization: Our Bodies Aren’t Built to Have Babies on Mars – so Let’s Alter Our DNA

Free Britney
Britney Spears Says She's Being Forced to Take Psychiatric Medication, Stay on Birth Control
6. 24. 21
Read More
Glimpse: On the Promise of a Future with Artificial Wombs, and Why It's Being Stopped by the Present
9. 20. 18
Read More
Advanced Reproductive Technology is Here. But Who Decides Who Gets Access?
2. 2. 18
Read More
+Social+Newsletter
TopicsAbout UsContact Us
Copyright ©, Camden Media Inc All Rights Reserved. See our User Agreement, Privacy Policy and Data Use Policy. The material on this site may not be reproduced, distributed, transmitted, cached or otherwise used, except with prior written permission of Futurism. Articles may contain affiliate links which enable us to share in the revenue of any purchases made.
Fonts by Typekit and Monotype.