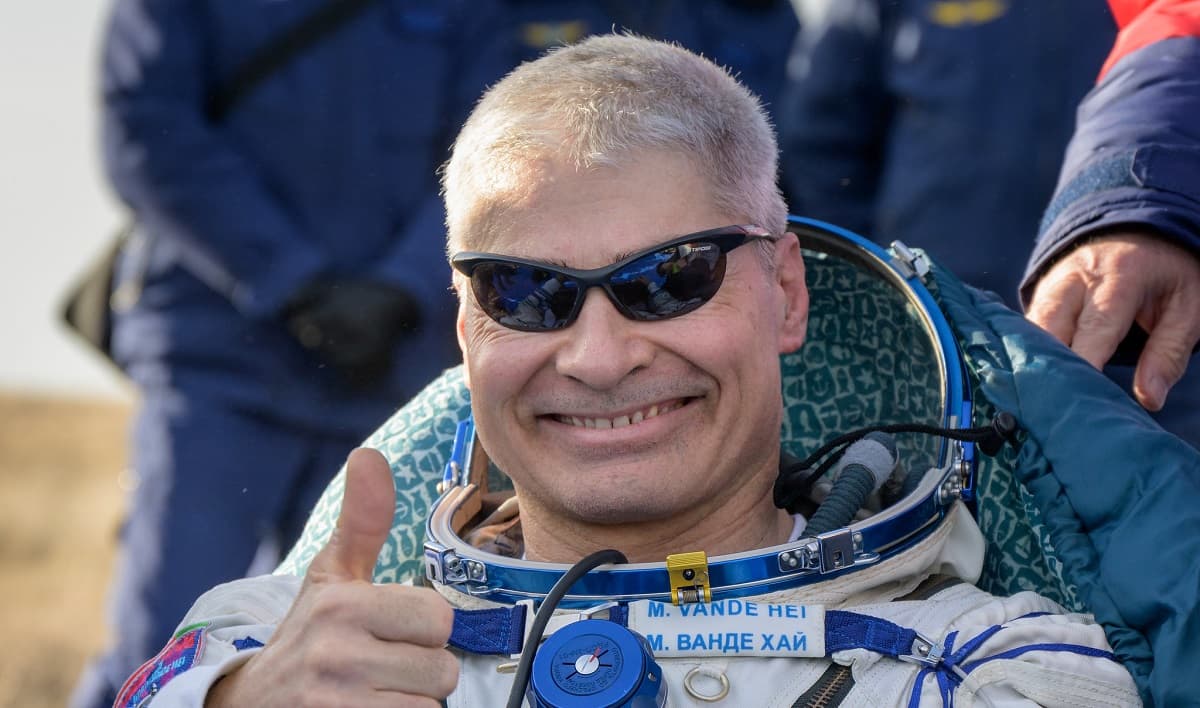 "Probably the last time Americans and Russians fly together in space for a long time."

"Probably the last time Americans and Russians fly together in space for a long time."

It would have been amazing to be a fly on the wall. This morning, NASA astronaut Mark Vande Hei took the long trip back from the International Space Station to Earth in an interesting vehicle: a Russian Soyuz capsule, along with two Russian cosmonauts.

For years, after the end of the Space Shuttle program marked a period when NASA would regularly contract the Russian space agency Roscmosmos to fly its astronauts to and from the ISS, that would have been a fairly standard arrangement. But as Russia’s invasion of Ukraine has strained the relationship between the two countries to the breaking point, many wondered what the dynamics of this journey would be like.

“Probably the last time Americans and Russians fly together in space for a long time, but Roscosmos was professional and classy with Mark’s return,” wrote NASASpaceFlight editor Chris Berger after the successful landing in Kazakhstan this morning.

NASA officials have repeatedly stressed that even in the face of dire international tension, the collaboration between Russia and the United States on the ISS remains smooth.

That spirit of continued camaraderie hasn’t necessarily included alumnae of NASA’s astronaut program, though — especially after Russia released a controversial video that many interpreted as an oblique threat to leave Vande Hei behind on the ISS.

“I was just enraged that he, the [cosmonauts], said that they were going to leave an American crew member behind,” former NASA astronaut Scott Kelly said after the release of the clip.

It’s also worth noting that Nelson’s counterpart in the Russian space program, Dmitry Rogozin, hasn’t echoed NASA’s even-tempered tone. Instead, he’s released a series of statements that have alternated between threatening, wheedling, and just plain bizarre.

At the landing site in Kazakhstan, though, it sounds like everything stayed professional.

More on the ISS: Russian Cosmonaut Hands Over Command of Space Station to NASA Astronaut