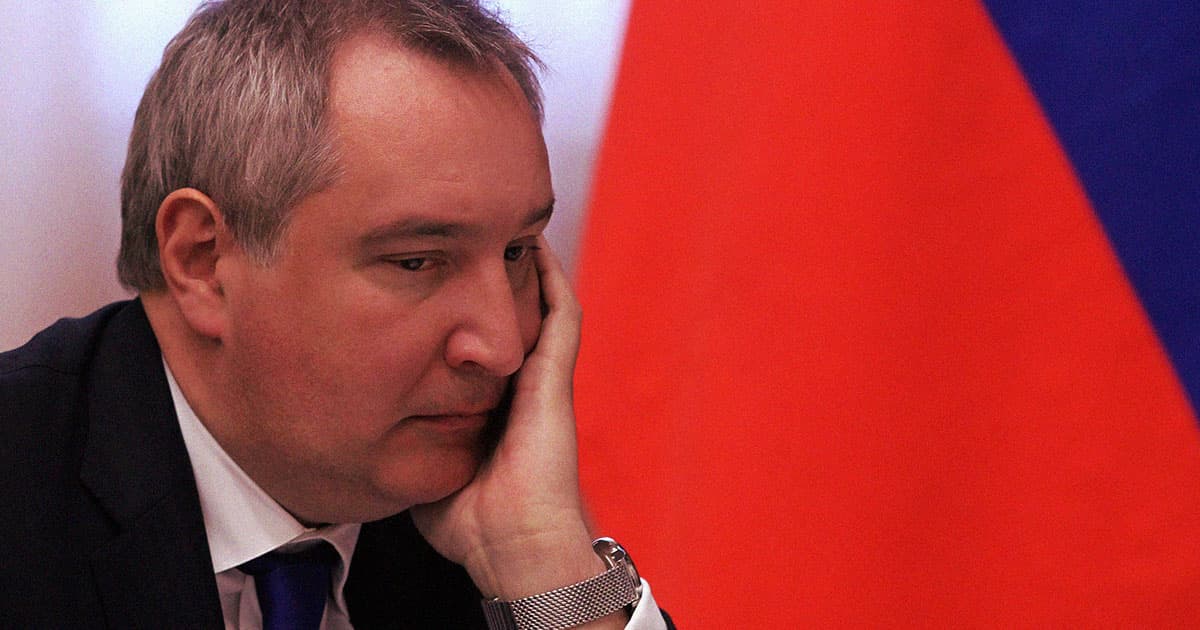 The head of Russia’s space program is apparently changing his tune.

Dmitry Rogozin, the director general of Russian space agency Roscosmos, appealed to NASA for help in the wake of incredibly restrictive economic sanctions on his home country over the weekend. Strangely, that message comes after weeks of spouting pro-Putin and anti-US propaganda, not to mention belligerent threats about the International Space Station, following the Russian invasion of Ukraine.

"Roscosmos sends written appeals to NASA, the Canadian Space Agency, and the European Space Agency with a demand to lift illegal sanctions from our enterprises," Rogozin tweeted in Russian on Saturday. He added that this is in the interest of the ISS — which, it's worth noting, he has threatened to destroy.

This seems to represent a significant shift in strategy for Rogozin, who has been an ardent supporter of Russia’s invasion of Ukraine since it began at the end of February.

His words have resulted in widespread condemnation from the international space community, as well as a feud with NASA astronaut Scott Kelly.

Despite his chest thumping, Rogozin seems to be struggling with the invasion’s consequences back home. He’s even reportedly gone as far as forbidding Roscosmos employees from traveling abroad for fear of them fleeing for good.

His latest tweets highlight the cracks in that strongman persona, though. He can posture all he wants, but the fact is that Putin’s invasion of Ukraine is ruining the lives of not just the Ukrainian people, but those in Russia as well — and no number of threats can hide that.