"It’s almost amusing how incompetent the whole thing was." 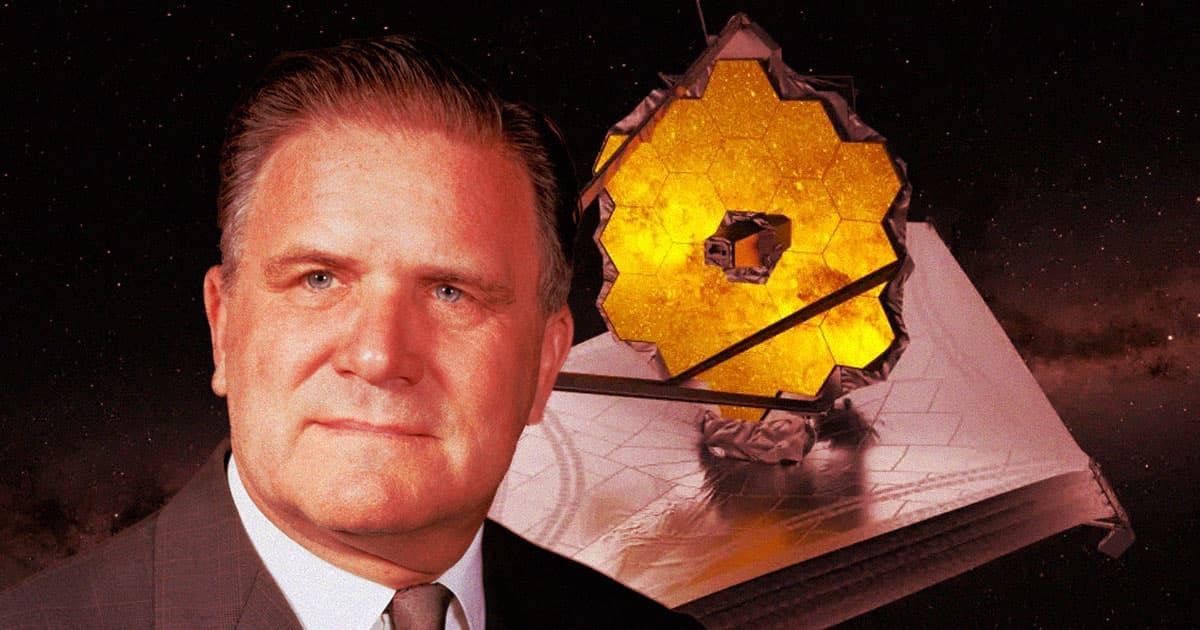 A hard hitting new story from Scientific American offers new details about NASA's refusal to change the name of the James Webb Space Telescope following accusations of homophobia on the part of its namesake, Apollo-era agency head James Webb.

The whole thing is worth a read. In short, it provides a new sense of breadth to the betrayal felt by the LGBTQ+ space community, as well as fresh details about dissent inside the agency during the evaluation of whether the name was appropriate. Intriguingly, it also leaves open the possibility that NASA could still — with the Webb already in orbit around the Sun — change its name.

During a late March meeting of NASA's Astrophysics Advisory Committee, SciAm reports, officials said that an investigation into Webb's actions decades ago is still ongoing, leaving the door open for further developments in the saga. During that meeting, strikingly, the magazine reports that NASA's astrophysics director Paul Hertz conceded that "the decision NASA made is painful to some, and it seems wrong to many of us."

The suggestion that a name change is still on the table offers a tantalizing glimpse of a move that could save face for the agency, which has been seen by many as having swept concerns about the Webb legacy under the rug.

Renaming the telescope would be "a simple but very impactful thing that NASA can do, both for astronomers and the wider public," Carnegie Institution for Science astronomer Johanna Teske told SciAm. "Why would they not take the opportunity to do that and fulfill one of their core values?"

The story also points out that emails obtained by Nature last month show that NASA had a fuller understanding of Webb's discriminatory behavior toward gay government employees than it let on in its brief statement last year in which it declined to change the telescope's name.

A redacted researcher, for instance, uncovered documents during the investigation that Webb met with President Harry Truman during his time at the State Department to discuss an "investigation" of homosexual employees at the department. Many gay employees were fired during Webb's tenure at the State Department, and court documents also surfaced during the investigation found that it was "custom" to terminate queer employees at NASA during Webb's tenure.

"That Webb played a leadership position in the Lavender Scare is undeniable," the redacted researcher wrote in the emails obtained by Nature.

The fact that NASA was aware of that research and still brushed off the issue rankled many in the space community.

"It’s almost amusing how incompetent the whole thing was," Ohio State University Scott Gaudi told SciAm, "and how little they stopped to think of how important an issue this was to the queer astronomical community and how important NASA is for young queer kids trying to find aspirational reasons to just keep going."

That outlook was echoed by many space experts, according to SciAm's reporting.

"I’ve lost faith, and I think a lot of people have," University of New Hampshire cosmologist Chanda Prescod-Weinstein told the magazine, though she's also holding out hope that NASA could still opt for a name change for the telescope. "As scientists, we often realize we were in error, and we set a new course."

The story also confronted a frequent rejoinder to the debate over the telescope's name: that Webb was living in a homophobic era, and that his actions simply reflected widespread beliefs at the time.

Lucianne Walkowicz, an astronomer at the Adler Planetarium who resigned as a NASA adviser over the controversy, addressed that line of thinking in an interview with SciAm.

"It is alluring to want to search for monsters," Walkowicz says. "But I think monsters are a myth that we tell ourselves about how prejudice and discrimination is enacted. We’re too focused on a cartoonish idea of what discrimination looks like rather than how discrimination is a multilevel policy decision enacted by many people."

Read This Next
Shoo
Scientists Warn Giant Asteroid Is Actually Swarm, Nearly Impossible to Destroy
A Sip of Opal
NASA Discovers Precious Gemstones on Mars
Moon Wrestling
The Head of NASA Is Scared Chinese Astronauts Will Seize Portions of the Moon
Shot Well
Head of NASA Relieved to Hear Elon Musk Isn't REALLY Running SpaceX
Little Boxes
One Silly Little Detail Is Reportedly Delaying Artemis II by Years
More on Off World
Cat and Mouse
3:38 PM on the byte
SpaceX to Launch "Hunter" Satellites for Targeting Rival Spacecraft
Space In Space
1:44 PM on the byte
NASA Official Admits There's a Bit of an Issue on the Space Station
No More Hops, Mor...
Yesterday on the byte
Suggestion: NASA Should Make Its Mars Helicopter Do Some Gnarly Tricks From "Tony Hawk"
READ MORE STORIES ABOUT / Off World
Keep up.
Subscribe to our daily newsletter to keep in touch with the subjects shaping our future.
+Social+Newsletter
TopicsAbout UsContact Us
Copyright ©, Camden Media Inc All Rights Reserved. See our User Agreement, Privacy Policy and Data Use Policy. The material on this site may not be reproduced, distributed, transmitted, cached or otherwise used, except with prior written permission of Futurism. Articles may contain affiliate links which enable us to share in the revenue of any purchases made.
Fonts by Typekit and Monotype.