"I think you will find this paragraph to be troubling." 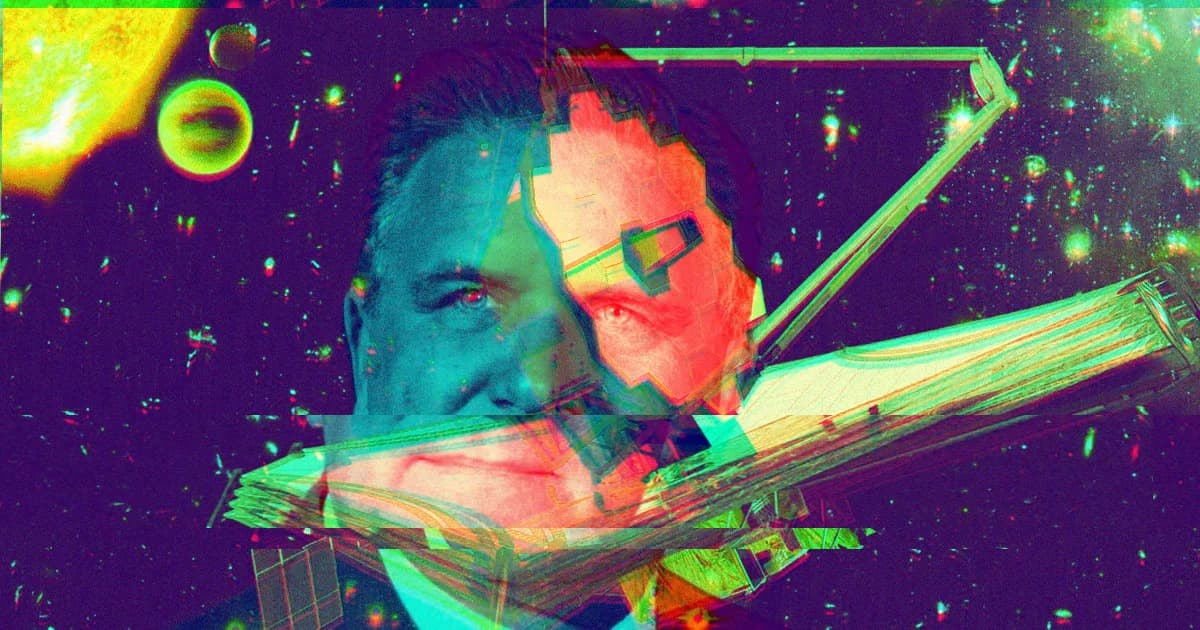 The James Webb Space Telescope (JWST) is almost certainly the most advanced orbital observatory in human history, and it's just now starting to trickle out amazing images of the cosmos.

Haunting its success, though, have been consistent complaints from members of the astronomy community who have pointed out that its namesake, James Webb, was the head of NASA during a period when the agency was overtly discriminatory toward queer employees.

"As someone in management, Webb bore responsibility for policies enacted under his leadership, including homophobic ones that were in place when he became NASA administrator," wrote a group of scientists in Scientific American last year. "Some argue that if Webb was complicit, so was everyone working in the agency's administration at the time. We agree. But NASA is not launching a telescope named after its entire administration."

In other words, nobody was calling for a total cancellation of Webb and his work on NASA's Apollo period. But it does seem reasonable to ask why NASA would choose to name the telescope after a leader with so much baggage. They even floated a promising alternative: to rename the telescope after Underground Railway hero Harriet Tubman, who almost certainly used rudimentary astronomy to guide her way to freedom after her daring escape from slavery.

Publicly, NASA wasn't compelled by that line of argumentation. Following the outrcry, it launched an investigation into Webb's history, ultimately saying last year that it had found "no evidence at this time that warrants changing the name of the James Webb Space Telescope."

Critics, though, said the investigation didn't do enough to scrutinize Webb or hold him accountable for policy enforced under his leadership. One NASA advisor, astronomer Lucianne Walkowicz — who coauthored the Scientific American piece — even resigned over the controversy.

"It is evident from this choice that any promises of transparency and thoroughness were, in fact, lies," Walkowicz wrote at the time. "It also seems clear that NASA would prefer a committee of Yes Men, a committee that co-signs things that NASA had already planned to do, or perhaps chides them about moderate course corrections that don’t actually challenge NASA at all."

But today Nature released emails, obtained via a Freedom of Information Act request, that show substantially more handwringing over the decision than NASA made public when it dismissed the allegations and refused to rename the telescope.

Particularly troubling are emails showing that an external researcher flagged to NASA leadership 1969 court records in which a judge found that it had been "custom within the agency" during Webb's tenure to terminate employees for "homosexual conduct."

"I think you will find this paragraph to be troubling," the external researcher wrote to the JWST's program scientist, Eric Smith, according to the emails obtained by the request. "'A custom within the agency' sounds pretty bad."

NASA leadership apparently took those concerns seriously, at least internally. In a white paper also obtained by Nature, NASA workers appear to have conceded that Webb's administration was aware of the practice and had the power to change it.

"This shows that NASA had decided that removal of homosexual employees would be its policy," reads the paper, according to Nature. "They had a choice during Webb’s tenure as administrator to set or change that policy."

NASA's brusque public dismissal of the concerns raised hackles in the research community.

"The rationale and explanation from the Agency were wholly insufficient, non-transparent, and uninformative regarding the naming decision communicated to the astronomical community and other stakeholders regarding the James Webb Space Telescope," wrote a group of NASA advisors in a November 2021 report highlighted by Nature.

The scientists who had previously criticized the decision not to rename the telescope also expressed disappointment in NASA in light of the new emails.

According to Nature, Walkowicz and the others authors of the Scientific American piece said that the emails "paint a stark portrait of how astronomers outside the LGBTQ+ community dismiss the experiences of their queer colleagues, and make it plain to see that discrimination against queer people is alive and well in astronomy today."