Last Minute Geeky Gifts for the Science Lover in Your Life

/ A Night In Maine

WikiMedia
News
/A Night In Maine
/Coloring The Universe
/Ferrofluid

Once again, the holiday season is upon us. Unfortunately, this leaves a lot of us at a loss. First, it’s easy to get bogged down by the commercialism that surrounds the season. Second, it’s sometimes difficult to find something that is really meaningful. To that end, here are some science themed gift ideas that you can get your loved ones (or maybe use as a treat for yourself). Some are educational, others are science based charitable contributions, all of them are pretty awesome.

1. Donate To The Carnegie Institution for Science

A lot of people want to contribute to charities over the holidays, but separating the worthy causes from the unworthy causes isn’t always easy. This is a nonprofit that you can trust.

This organization works to help fund science projects, and they allow you to donate to areas that may be of particular interest to you or a loved one. For example, you can fund the space sciences, environmental science, the life sciences, and so on. You can make a donation in memory of a loved one and include an image and short bio with your donation.

In addition to funding research, as part of Carnegie’s outreach efforts, they host various science-related lectures, events, and seminars. It’s a great way to avoid consumerism and contribute to a worthy cause, and you can pick anything from a lecture to a specific research or outreach project.

2. Name a Crater on Mars

If you are looking for something cool that is a bit more tangible, Uwingu seeks to give people an innovative way to donate to science and get a little something in return. To this end, they have organized an informal “people’s-choice” name system in an attempt to raise interest in (and money for) science, and they do it by naming craters on Mars.

Planetary scientist Henry Throop, notes the significance of the work, stating, “I love that all purchases at Uwingu support funding for space researchers and educators—so far we’ve given grants totaling over $130,000!” In an email,  Ellen Butler adds, “The educational component makes it ideal for kids, teachers, grandkids, friends – really anyone who loves science. You’ll be able to review the Uwingu Mars crater maps and see your very own crater listed! These maps will be used with private Mars One and Explore Mars Missions in the future.”

Uwingu is a for-profit company founded by astronomers, planetary scientists, and space educators that hopes to raise interest in astronomy (as well as funds for it) through projects like the aforementioned Mars Naming System and Beam Me to Mars.

Alan Stern, planetary scientists and CEO of Uwingu, is the driving force behind the project and is careful to note that the International Astronomical Union is the only body allowed to officially designate names for celestial objects. To that end, Uwingu is not interested in trying to impose any nomenclature on the astronomical community, just increase interest and help fund some cool science projects. They send the map along with space missions and do similar things to get your name noticed.

You can get a crater for as little as 5 dollars, and you get a handy certificate that you can print out (there are a number of different holiday certificates that you can choose from). And you can pick whatever name you like, unless it’s later found to be profane, pejorative, or otherwise offensive (in which case it’ll be removed, shame shame). 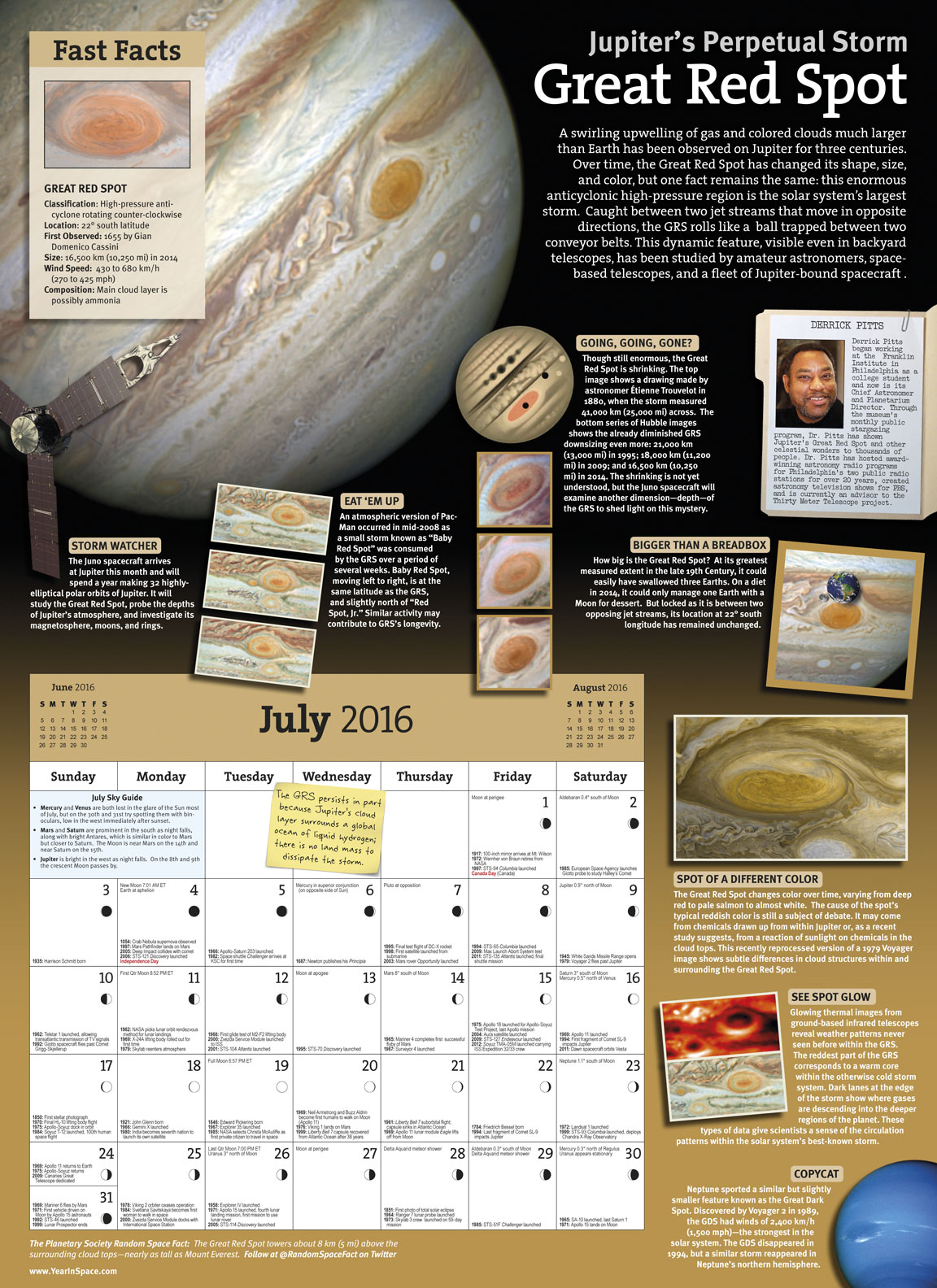 If you want something that is fun and educational (and also practical), consider the Year in Space calendar. But of course, it’s more than just a calendar that has pretty pictures, it’s full of facts, important dates, and interesting asides.

It’s actually more like a magazine than a calendar.

Each day has a list of important events (like scientists’ birthdays, notable discoveries, historical space missions, etc.). Personally, I use it for all the science images that we do at Futurism; it lets me know what’s coming up and always has a date or two that I miss (hey, I’m a busy person).

And if you are wanting the pretty images, then fear not. There are large images of the planets, images of notable scientists with a biographical information, images of spacecraft…pretty much everything. Of course, it also has all the traditional stuff that calendars have (space to write in your daily tasks, national holidays etc.). If you are super stripped for cash, no worries. You can access some of the information digitally by going here.

Finally, remarkably, the work is largely a one-man job. It’s created by Steve Cariddi, and it’s endorsed by the likes of Bill Nye, Universe Today, and The Planetary Society, so you know it’s good stuff. 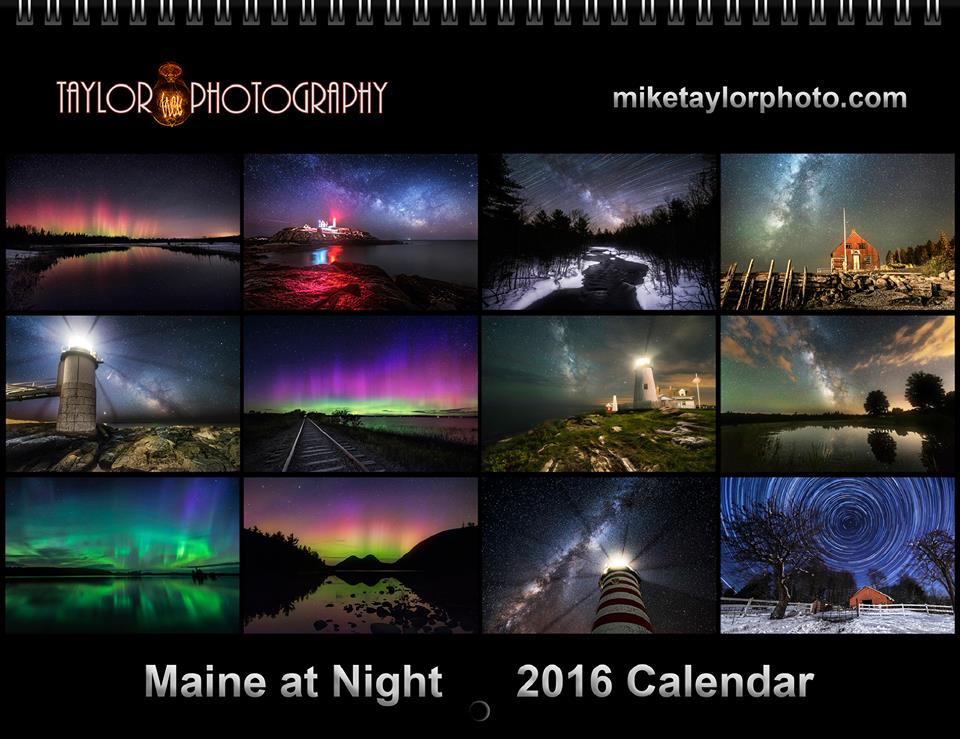 If you are looking for something that is a little closer to home, then “Maine at Night” is probably right up your alley. Mike Taylor is an astrophotographer who has been behind the camera for more than 20 years, and he has had his work featured by NASA and a host of other science websites (including this one, obviously).

The calendar is a compilation of some of his best images of the Milky Way and the aurorae. Taylor notes that, for him, the images are a way of looking beyond the the small, mundane things that so frequently bring us down and peering past the immediate horizon to see the ‘bigger picture.’ As he states, sadly, “most folks are so busy with day-to-day life that they rarely contemplate the radical idea that we all live on a small rock which is rotating and flying through the cosmos at a speed we can barely fathom.”

These awesome cosmic images will, a bit ironically, help keep you grounded. Also, Taylor has a wonderful book that is aimed at young people. It has even more of his images. 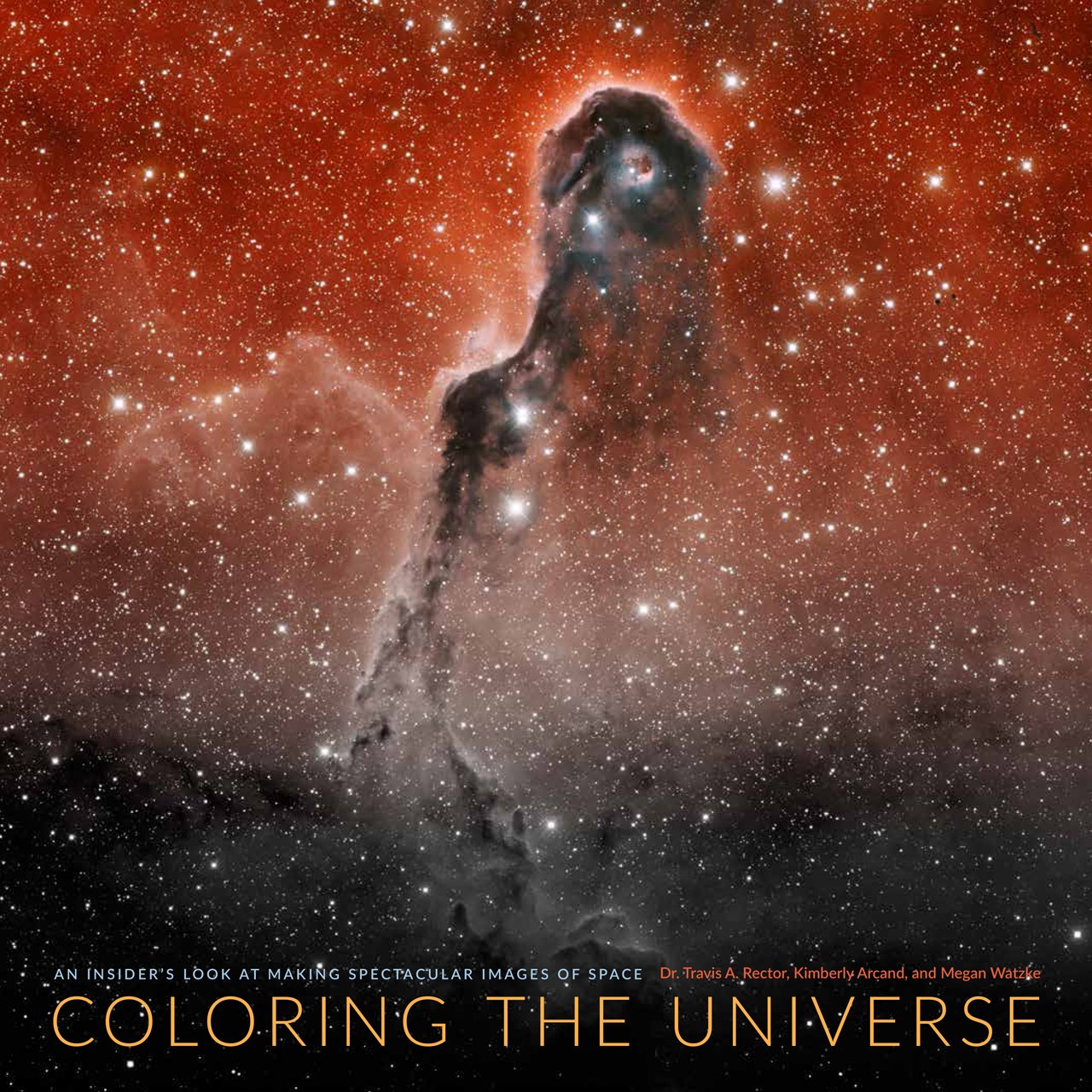 Do you ever wonder what the universe really looks like? All those fantastic images by Hubble that show galaxies that are millions of light-years away, all the images of Cassini that highlight Saturn’s majestic rings…how many of them are “real” and how many of these structures are false color “imposters” ?

Astronomers came together to give us an answer that question, and help us better understand what goes into making space, in “Coloring the Universe.”

The book is filled with 200 pages of breathtaking celestial images and a breakdown of how they were created. Side-by-side comparisons allow you to see what the galaxies and nebulae would look like if you went to the region and saw them with your own eyes, what our telescopes see, and what edits astronomers make. And, perhaps most importantly, the text explains why these alterations are made.

All in all, it allows you to see our cosmos as it really is through a number of different eyes. You can get a preview of just some of the images by heading here. You can also access more information about the book.

Produced in part by astronomer Travis Rector, a renowned expert in creating dramatic images of the night sky, the book is an admirable blend of images and information, discussing all of the ins and outs of astronomy as the topics present themselves, so you won’t be left wondering what a light-year or planetary nebula is or turning to your smartphone every 5 seconds in order to look up a term.

The text makes it a fascinating read for those who want to learn about our night sky, and the images capture young and old alike. 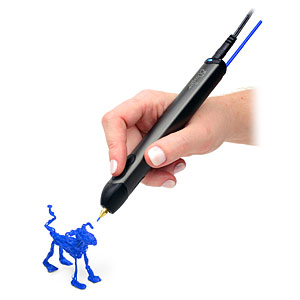 Did you know that you can draw your own physics objects? You can, thanks to 3D drawing pens.

The device works simply enough—by melting plastic in much the same way that a hot glue gun operates. Once it is heated, the plastic exits the pen and cools almost instantly, letting you create rigid and freestanding structures.

It’s also very easy to use. You can plug in your 3Doodler 3D Printing Pen and give it about a minute to warm up. Then just insert a strand of plastic into the back, and you’re done. There are two different speeds that you can utilize for your creations, and you can also utilize more than one color at once or switch colors mid draw.

Ultimately, it will not matter if you are sitting at home or waiting for your next class at school, if you bring this little device with you, you will be able to draw nearly anything that you can think of out of (virtually) thin air.

7. Make Your Own Ferrofluid

A ferrofluid is, quite simply, a fluid with magnetic particles in it. This means that, if the fluid is exposed to a magnetic field, it does some pretty awesome stuff. In short, all of the magnetic particles will align with the field lines, forming some amazing, symmetrical shapes. 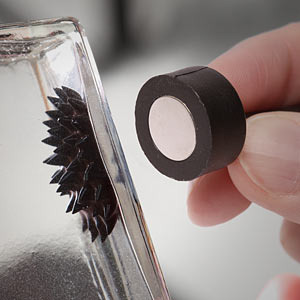 The substance invented in 1963 by NASA’s Steve Papell in order to transport liquid when there is a lack of (less)  gravity. It was designed as liquid rocket fuel that could be drawn toward a pump in a weightless environment by applying a magnetic field

Best of all, you can make it yourself, or at least, you can make something that behaves in the same way. Note: You will have to have a pretty strong magnet and some printer ink. What you will actually have is magnetorheological fluid, which is rather similar. The difference is that ferrofluid has dispersed nanoparticles. Although some ink toners have nanoparticles present, they come in aggregated clusters that are micrometer scale in size (it’s a fine distinction).

If you don’t want to have all of the mess or do all the work (shame on you, who doesn’t love a good mess or doing some neat science-type work?), then you can buy some here.

8. Science The S**t Out Of Your MacBook 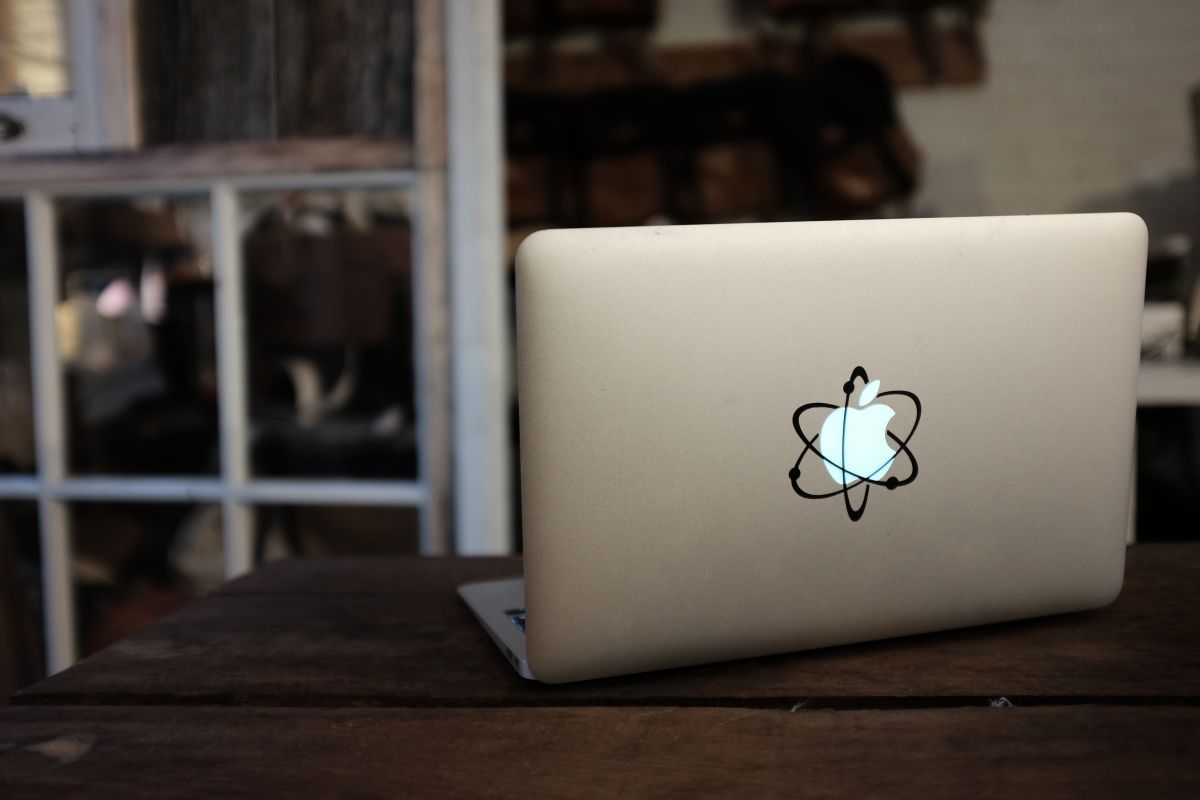 There’s a lot of science happening on this side of your laptop, but what about the other? A company called Stiklab creates high-quality vinyl stickers that transform your MacBook’s steely gray exterior into a canvas for all things science and technology.

We’re talking drones, robots, VR headsets, DNA helixes, and everything in between. You may never get the chance to science the s***t out of the ruins of a research station on the Red Planet, but for now, the surface of your MacBook is still waiting to be claimed. Stiklab prints and ships all their MacBook stickers from Brooklyn, NY. They start at just $7 each too—if only space travel were so cheap.

Also, for those of you who may be wondering why I keep on swearing in the last entry, it is a reference to The Martian, which is my final recommendation. It is a fantastic book and a fantastic movie. Go get it.

/ A Night In Maine

WikiMedia
News
/A Night In Maine
/Coloring The Universe
/Ferrofluid

No Really Seriously Wash Your Hands

Deadly Coronavirus May Be Spreading Through Poop

American Doctors Are Bracing For a Global COVID-19 Pandemic

Watch a Violinist Play While Surgeons Operate on Her Brain