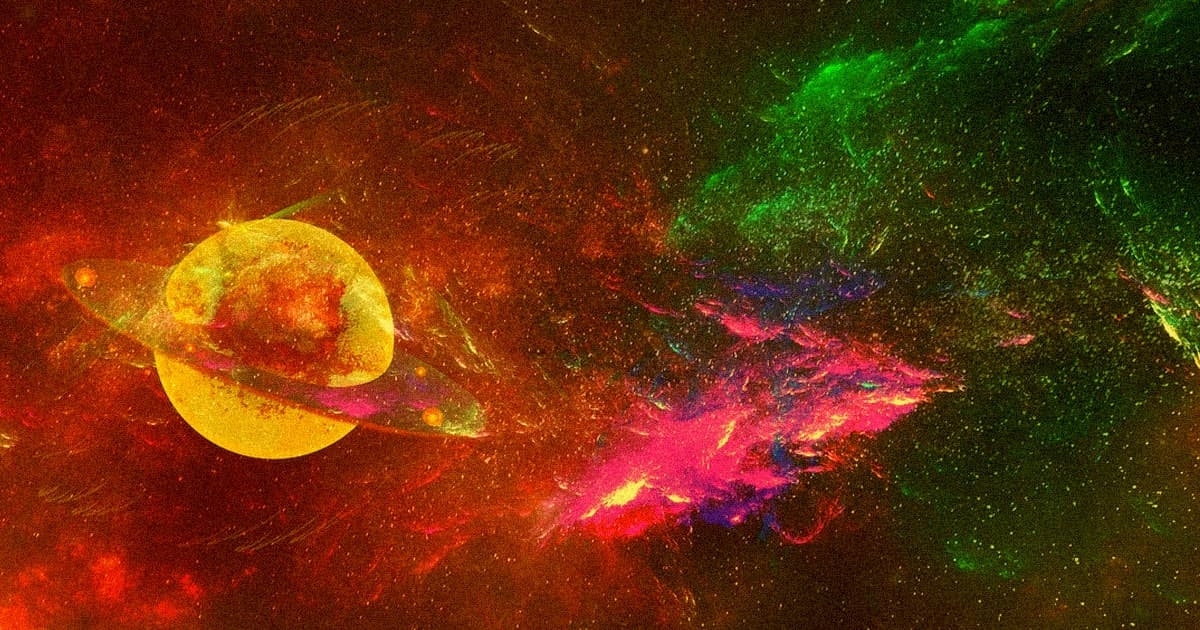 A Harvard scientist has an interesting theory as to how our universe was formed: in a laboratory by higher "class" of lifeform.

Avi Loeb, bestselling author and the former chair of Harvard’s astronomy department, penned an op-ed in Scientific American this week positing that the universe could have been formed in a lab by an "advanced technological civilization." If true, he said the origin story would unify the religious idea of a creator with the secular idea of quantum gravity.

"Since our universe has a flat geometry with a zero net energy, an advanced civilization could have developed a technology that created a baby universe out of nothing through quantum tunneling," Loeb wrote.

Of course, there’s a wide number of things in our way — the biggest hurdle being our inability to create a "large enough density of dark energy within a small region," said Loeb. However, if and when we do ever get there, we’d be able to join our theoretical creators in class A!

Bubble Birth
Scientists With Nothing Better to Do Created a Bubble That Lasted 465 Days Before Popping
1. 21. 22
Read More
Former Official: UFO Report Actually Strengthens "Alien Hypothesis"
7. 7. 21
Read More
Close Encounters of the Bored Kind
The Long-Awaited UFO Report Was Honestly Kind of Disappointing
6. 26. 21
Read More
+Social+Newsletter
TopicsAbout UsContact Us
Copyright ©, Camden Media Inc All Rights Reserved. See our User Agreement, Privacy Policy and Data Use Policy. The material on this site may not be reproduced, distributed, transmitted, cached or otherwise used, except with prior written permission of Futurism. Articles may contain affiliate links which enable us to share in the revenue of any purchases made.
Fonts by Typekit and Monotype.