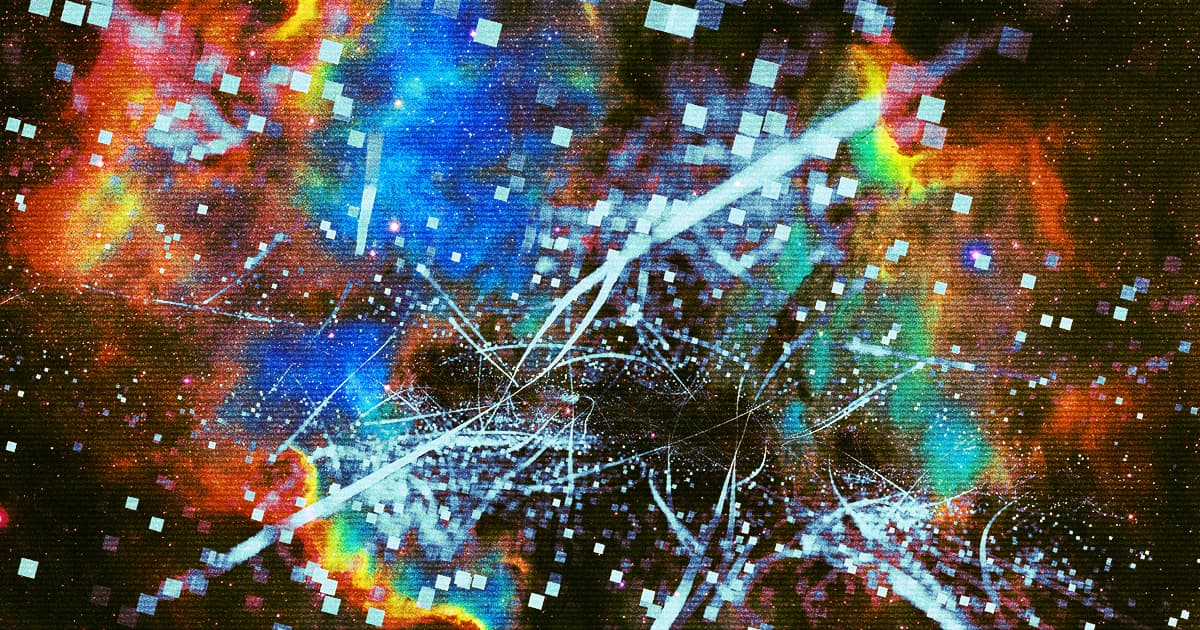 Scientists Create 3,000 TB Simulation of the Universe You Can Download

Researchers have created what they say is the largest computer simulation of the universe, and have made the data available for anyone to download for free.

Scientists believe that Uchuu is the most realistic simulation of the universe yet, modeling its evolution across more than 13 billion years. Specifically, according to Universe Today astrophysicist Brian Koberlein's analysis, the model is specifically tuned to examine how dark matter behaves as the universe expands.

"Uchuu is like a time machine: we can go forward, backward and stop in time, we can 'zoom in' on a single galaxy or 'zoom out' to visualize a whole cluster, we can see what is really happening at every instant and in every place of the universe from its earliest days to the present, being an essential tool to study the cosmos," said Julia F. Ereza, a PhD student at the Instituto de Astrofísica de Andalucía in Spain who worked on the research, in the press release.

To create Uchuu, the team used 40,200 computer cores. It took more 20 million computer hours to create the simulation, resulting in a boggling 3,000 terabytes of data. However, they were able to compress it all into a measly 100 TB.

For reference, the largest consumer hard drive you can currently buy is currently hovering around 20 terabytes. If you have the storage space, though, you can access and download the raw data from Uchuu on skiesanduniverses.org and its GitHub page. And if you want to dive even deeper, the team published a paper of their findings the journal Monthly Notices of the Royal Astronomical Society.

READ MORE: Researchers Generated an Entire Virtual Universe, And You Can Even Download It [ScienceAlert]