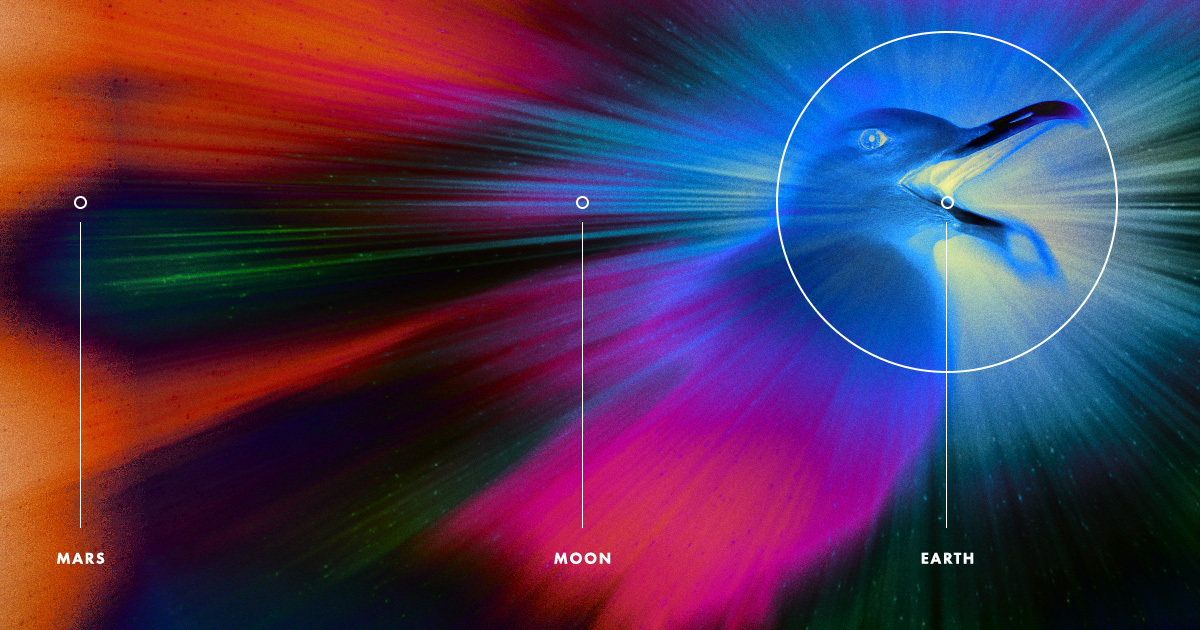 Even at the Universe's theoretical speed limit, a trip to Mars seems tedious.

Even at the Universe's theoretical speed limit, a trip to Mars seems tedious.

To us Earth-dwelling humans, the speed of light is so fast that it appears instantaneous.

But zoom out a bit and it becomes clear how even at the speed of light — the theoretical speed limit of the universe, which our spacecraft can't even begin to approach — a journey through the cosmos becomes a snail-paced slog.

That crawl is what James O'Donoghue, a planetary scientist at the Japan Aerospace Exploration Agency (JAXA) shows in a cool new animation.

O'Donoghue has shared similar visualizations in the past.

In January 2019, when he was working for NASA, he released a trio of speed of light animations that show how much slower light travels on a cosmic scale.

In the new animation, O'Donoghue started by showing how quickly light blinks past the Earth: a pulse of light emanating from the planet travels off-screen in under a second.

But then he zooms out to show how that same light takes a brief moment to reach the Moon. Zooming out even farther, he then subjects us to about three mind-numbing minutes of waiting for those same pulses of light to reach Mars. Thankfully, he doesn't take us any farther.

More on the speed of light: New NASA Animations Show How Slowly Light Travels Through Space