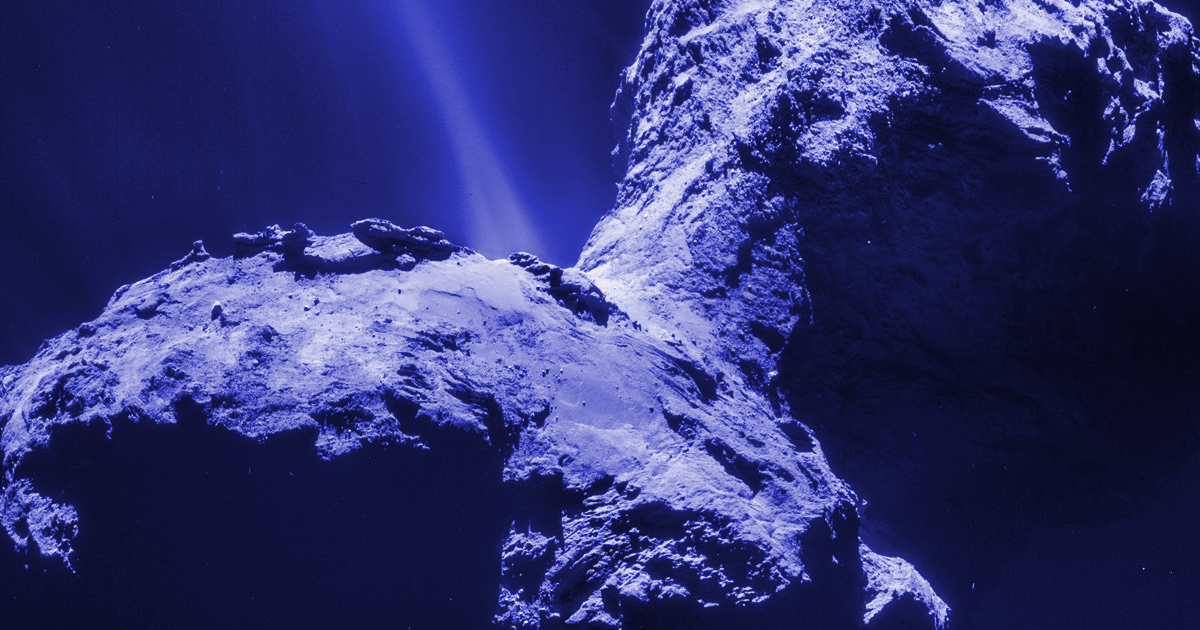 An Interstellar Rock Like 'Oumuamua May Have Hit Earth In 2014

The Harvard professor who says 'Oumuamua might have been an alien ship says something like it hit Earth a few years ago.

The Harvard professor who says 'Oumuamua might have been an alien ship says something like it hit Earth a few years ago.

When scientists first detected the comet 'Oumuamua in 2017, it dominated the news cycle as the first interstellar object that we've seen pass through our solar system.

But new research suggests that 'Oumuamua wasn't the first interstellar visitor at all. In fact, another one like it may have impacted Earth back in 2014, according to Space.com.

The new research hasn’t yet been published, but it's available on the preprint server ArXiv as of Monday. In it, Harvard astronomer Avi Loeb — the same dude who doubled down on the idea that 'Oumuamua could be an alien spacecraft — suggests that a three-foot-wide interstellar meteor flew over Papa New Guinea's Manus Island before crashing down.

Because of the meteor's high speed and particular trajectory past Earth, Loeb and his student Amir Suraj suggest that it couldn't have been bound in an orbit about the Sun. Rather, they argue, it might have come from somewhere beyond our solar system.

Suraj and Lobe pored over three decades' worth of data from NASA's database of objects that pass near Earth to look for other meteors with similarly-unusual trajectories. They only found one other that may have originated from outside the solar system — but now that they've developed the new technique, scientists may be able to keep an eye out going forward.

"We can use the atmosphere of the Earth as the detector for these meteors, which are too small to otherwise see," Loeb told Space.com.

READ MORE: The First Known Interstellar Meteor May Have Hit Earth in 2014 [Space.com]

More on 'Oumuamua: Interstellar Visitor Like ‘Oumuamua May Have Formed Earth’s Core