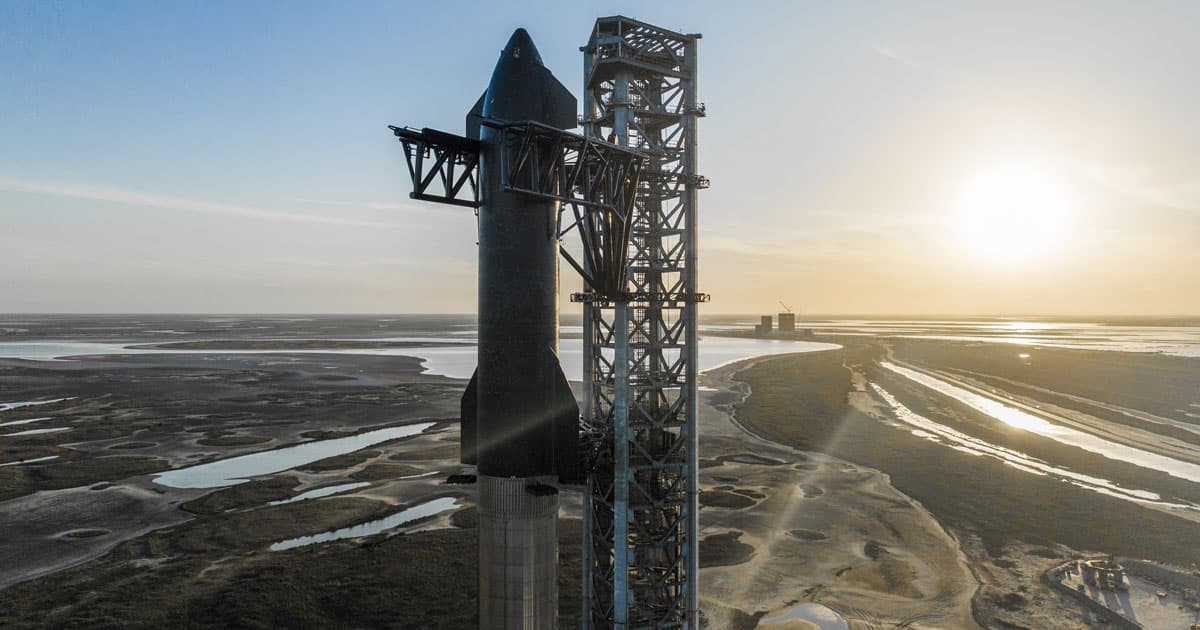 We finally have a date for SpaceX's long-awaited, first orbital test launch of its Starship spacecraft — well, sort of.

CEO Elon Musk says the space company will conduct the test flight of the heavy launch platform in "hopefully May," according to a Monday tweet.

The company is planning to churn out Raptor engines to make that happen. According to Musk, SpaceX will have "have 39 flightworthy engines built by next month."

The company is also hoping to conduct the first orbital flight using Raptor 2 engines, which are "much more capable and reliable," according to the CEO. The next generation engines are a new and improved version over the old one that both increase nominal thrust and feature fewer parts.

A lot still has to go right for the orbital test flight to take place in May. As of right now, the company has its first orbital flightworthy Starship prototype dubbed Ship 20 stacked on top of its booster at the company's test facilities in South Texas, ready to be run through a gauntlet of tests.

In fact, just last week, the space company tested the fuel tanks of the full stack for the very first time.

Regulators will also have to be on board before SpaceX can launch the stack into orbit. We're still awaiting the results of the Federal Aviation Administration's environmental assessment. The agency is hoping to publish its final report by March 28, so we will know more then.

The stakes are also higher than they've ever been, with a full-scale prototype, booster, launch pad, launch tower, and "Mechazilla" catching arms on the line. It's an exciting new chapter. It feels like we've been staring at Starship prototypes for years now without seeing one actually being put to the ultimate test — until now(ish).

More on Starship: Elon Musk Says SpaceX Is So Busy With Ukraine That It’ll Delay Starship