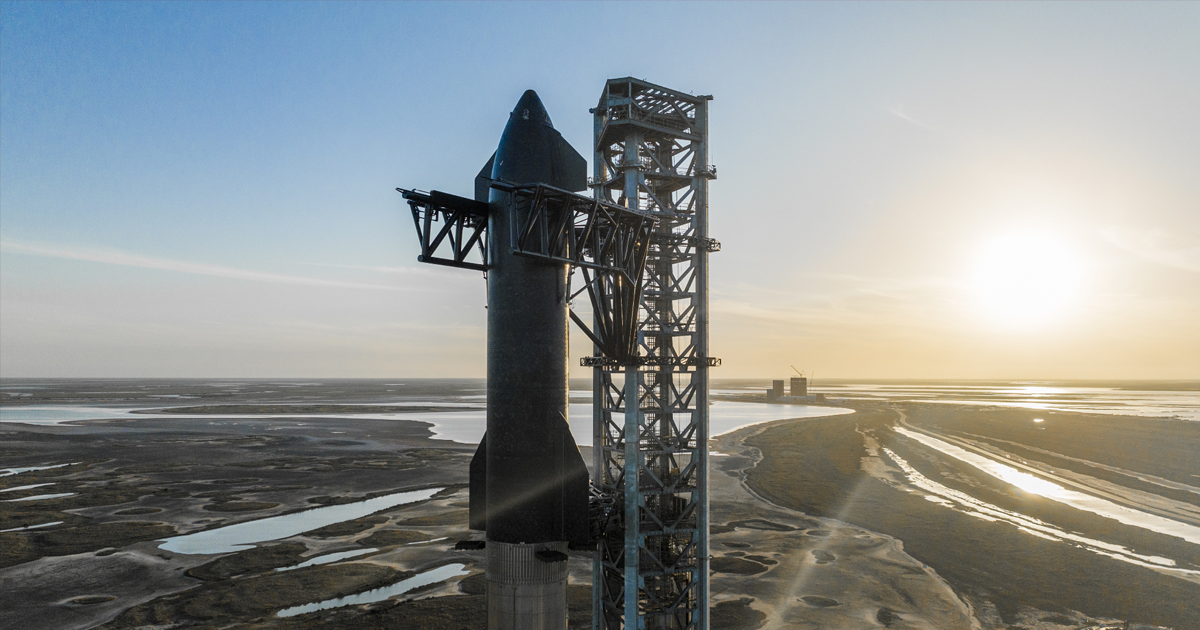 SpaceX CEO Elon Musk has shown off the latest view of the space company's gigantic Starship spacecraft — and it's honestly so enormous that we're struggling to wrap our heads around just how tall it is.

The image taken from the top of the company's High Bay tower shows the monstrous spacecraft prototype, dubbed SN24, being worked on by teams hundreds of feet below.

Just on its own, the prototype stands at 165 feet tall, roughly the equivalent of a ten story building. When stacked on top of its Super Heavy booster, the rocket will stand at almost 400 feet tall, making it the world's tallest rocket.

The prototype is also covered in hexagonal heat shield tiles that will allow it to reenter the Earth's atmosphere during its maiden voyage, hopefully in a few months' time.

Given that the Federal Aviation Administration is now asking the company to make a long list of changes to its launch site to protect the surrounding environment, it's possible the launch will take some time.

We'll likely see more of SN24 from Musk ahead of the prototype's inaugural test flight — and we can't wait for SpaceX to finally light it up.

More on Starship: NASA Afraid SpaceX's Rocket Will Explode and Blow Up Other Stuff Near It